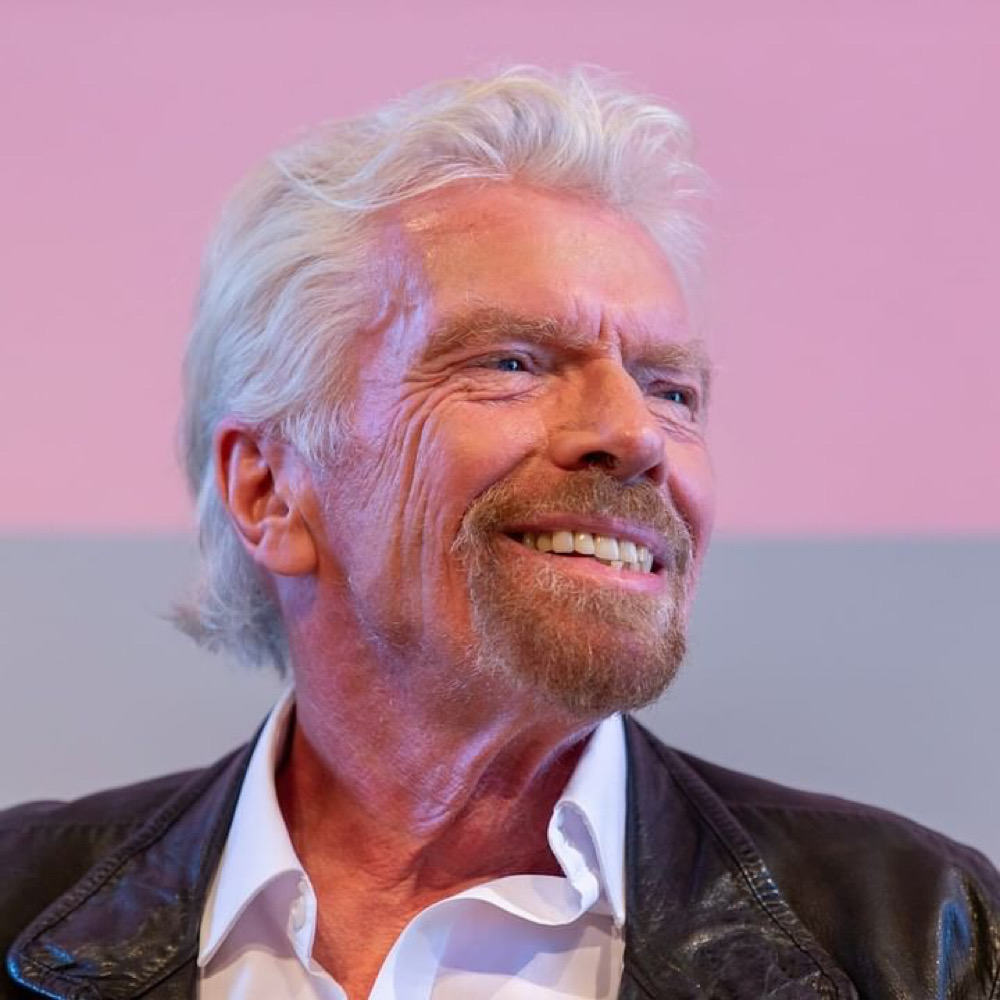 Even though he wakes up at 5 a.m., Richard Branson isn’t one of those moguls who thrives on less than a handful of hours of sleep per night. “I need eight hours of good sleep, unless there’s a party or something, which obviously hasn’t happened for quite a long time,” says Richard Branson, the Virgin Group founder, 70, who usually goes to bed around 9 p.m to WSJ. Magazine. He’s spent the pandemic living on his private island, Necker Island, which is part of the British Virgin Islands. He calls the island, which he discovered in his late 20s and bought for $180,000, heaven on earth: “Yesterday, we were out swimming with humpback whales,” Richard Branson says to WSJ.

Branson got his start with Student, the magazine he launched when he was 15, and then started a mail-order record business in 1970. After Virgin Mail Order turned into Virgin Records, the recording label’s roster came to include the Sex Pistols, the Rolling Stones and Janet Jackson. The first Virgin Megastore opened in 1979, and Branson founded the airline Virgin Atlantic in 1984, the Virgin Radio network in 1993 and Virgin Galactic, the world’s first commercial spaceline, in 2004. (Branson sold Virgin Records in 1992 for $1 billion.) In 2000, he was knighted by Prince Charles for his services to entrepreneurship. There are now over 40 Virgin companies in total, including hotels, health clubs and a cruise line, Virgin Voyages, which was supposed to launch last year and is debuting this summer instead. On Saturday, Virgin Galactic launched its third successful space flight, bringing the company one step closer to offering trips to space for paying passengers.

Branson’s family includes his wife, Joan; kids, Holly, 39, and Sam, 35; and grandkids; as well as his many athletic pursuits, which include kite-surfing, daily singles tennis and two “extreme” bike rides a week. Here, Richard Branson speaks to WSJ. about swearing off beef and why it’s “offensive” to not take notes.

Here are some things Richard Branson revealed to WSJ. Magazine…

What’s the first thing you do after waking up?

I’ll go for a walk around the island. We’ve got a new puppy called Bento—all our dogs have been named either sushi, sake…all derivatives of Japanese foods or drinks, or boxes. Wandering around this beautiful island, we’ve got enormous amounts of species here: flamingos and young tortoises and lemurs and scarlet ibis and rabbits.

Then every morning, I’ll play quite a hard game of singles tennis, generally with the pro Riza [Zalameda, the tennis coach at Necker Island]. I do that morning and evening. I love tennis; it’s one of my ways of keeping fit and healthy.

Then Helen, my delightful secretary, turns up and I’ll most likely do another walk around the island, dictating emails and getting on top of work issues, which there have been plenty of over the last 15 months. If [the extended family] is on the island, we’ll have breakfast together. Then after breakfast, if there isn’t some sort of crisis workwise or with the foundation, if the wind’s up, I’ll try to get a kite in. If the waves are up, I’ll maybe go for a surf or a paddleboard, but kiting is my other passion. We kite between islands; [it’s] very, very beautiful here.

Do you have a go-to breakfast to start the week off right? And are you a coffee drinker?

I drink more coffee and tea than I should in the mornings; I don’t drink any in the afternoons. By and large, we try to eat healthily. I’ve stopped eating beef because everything I’ve read indicates that the more demand for cattle there is, the more the rainforests will be munched away. I’m experimenting with going completely vegetarian. I just saw Seaspiracy, a very good film. That stopped me from eating fish. I really hope I can at least stay off beef and cut down other forms of meat and fish—maybe once a week or something.

Do you take any vitamins?

I have a doctor who gives me what seems like far too many pills and I shove them down in the mornings and evenings. He’s a great believer in prevention, so things like statins and aspirin and the like. I’m in my 70s and I feel as fit as I did 40 or 50 years ago, so he’s obviously done something right, and I suspect the amount of time I spent exercising for fun [contributes]. In the last year, I started going to the gym—which I never did before—and do weights. I have a delightful trainer I work with. I go on two quite extreme bike rides every week over very high hills. I did one last night; that’s my cardio.

One of the managerial strategies you’re known for is the walk-about technique, where you walk around talking to employees and sometimes flight passengers, to get their feedback. What ways have you found to connect to people in this way when you can’t see them face-to-face?

It’s been really difficult, particularly since we’ve had some really difficult decisions over the last 18 months to make. We’re in most of the businesses that have been affected by Covid; we launched a cruise line, Virgin Voyages, the very week that cruise lines were in the headlines with passengers stuck on board. Our airlines, Virgin Atlantic and Virgin Australia, grounded nearly 18 months ago…. Hotels, health clubs have all been closed. I’ve done a lot of videos for staff to try to keep people motivated, but you’re right, there’s nothing like face-to-face meetings. I’m very hopeful that we’re coming through it now. I’ve started putting in my diary, “Visit to see the next Virgin Orbit launch” in June, “Visit to see the next Virgin Galactic launch,” “Visit to launch the Virgin Hotels Las Vegas.” I normally spend about half the year here and half the year traveling, and traveling includes raising nearly $10 million from speaking engagements for our foundation. I’ve managed to do some virtually, but I’m looking forward to getting back on the road and getting those talks going again.

I read that you might be sent on a Virgin Galactic test flight as soon as this summer.

Yes, I’ve read that too. I’m starting my training for that at the moment. One of the reasons I’m getting fit, apart from life reasons, is that I want to really enjoy the journey. Covid-willing, I’m going to go and see the next Galactic flight… and then start my training at the Virgin Spaceport America at the same time. It’s getting very close, very exciting.

What’s your most useful work habit?

Notebooks. If I have a meeting with people, I’ll take notes. If I’m traveling on a Virgin plane, I’ll take notes. I’ll listen to the staff, to the customers. If you’re not taking notes, I think it’s offensive. A staff member will give you an idea or tell you a frustration or make a suggestion for improvement, and they will know straight away that if you don’t write it down, you’re not going to deal with it.

What are your best strategies for combating jet lag?

Often the boring ones, like avoiding alcohol, whatever happens. Melatonin, I find, is really good to help you get to sleep. I don’t think there is that silver bullet. I’ve woken up at 3 in the morning in a hotel room many times and cursed that horrible feeling of having to spend three or four hours in a ghastly hotel room with jet lag.

If I ever said anything ill about somebody as a child, my parents would send me to the mirror and make me stand in front of it for 10 minutes, just to make me realize how badly it reflected on myself. As a leader and a person, looking for the best in people is completely and utterly the right way to lead your life. If somebody steals from the company or something, we’ll always give them the benefit of the doubt, and by and large, by giving them a second chance, they become the best performers in the company. We’ve taken on a couple of hundred people straight from prison to work for the companies and not one of them have reoffended. They’ve been fantastic employees. So I suspect that was the best bit of advice.