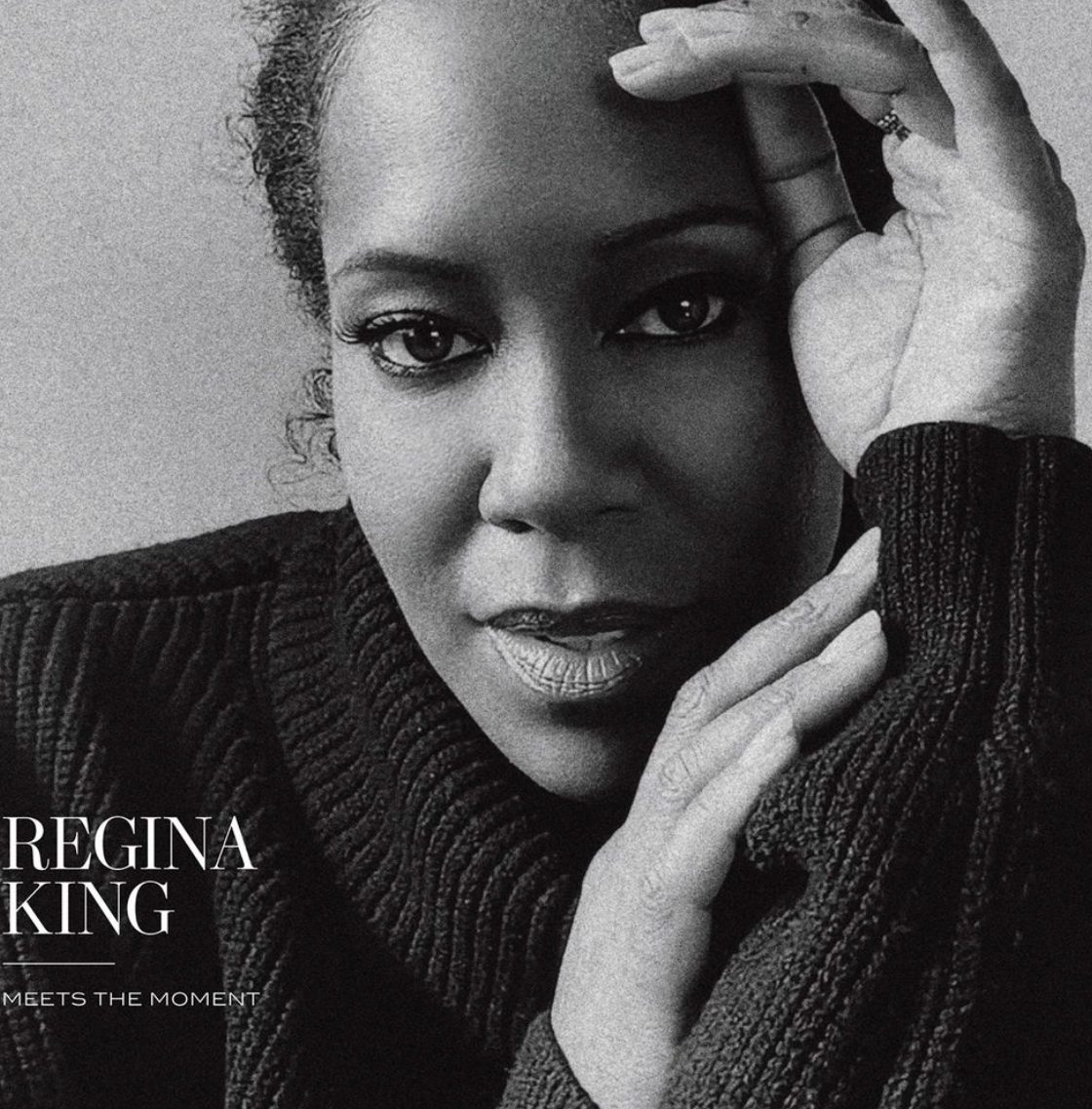 Scoring the hat-trick of positions in the movie industry — Director, producer and actor — isn’t an ordinary feat. This, along with her activism, is what has earned powerhouse Regina King the cover of WSJ. Magazine’s December/January issue.

Her first feature directorial debut One Night in Miami premieres in January and will show at Venice Film Festival – making King the first Black female director to have a film screened at Venice!

In the wide-ranging interview for WSJ., Regina King speaks candidly about her brush with Covid, telling stories that humanize Black men (with her son in mind), and her Broadway aspirations.

But it’s quotes from Damon Lindelhof (The Watchmen series creator), Gabrielle Union, and Leslie Odom Jr. that get to the heart of the acting, producing and directing dynamo that’s been delivering knockouts for over three decades.

After three-plus decades on-screen, King had her breakthrough lead role, in 2019’s Watchmen; and this year she directed her first feature film, One Night in Miami, an adaptation of playwright Kemp Powers’s 2013 stage imagining of conversations between four Black legends. Now, after years of momentum, an expansive body of work in film and television as an actor, director and producer, and numerous awards, she is regarded as one of Hollywood’s most dynamic creators.

The scope of King’s performances since her first role at age 14—as Brenda Jenkins on the sitcom 227—has been wide ranging. Her first two Emmys came in 2015 and 2016 for roles in the ABC anthology American Crime. She picked up her third Emmy for the 2018 Netflix drama Seven Seconds, in which she played the mother of a son killed by a cop in a hit-and-run. She then won both a Golden Globe and an Academy Award in 2019, playing another maternal character in Barry Jenkins’s film adaptation of James Baldwin’s If Beale Street Could Talk.

One Night in Miami plays out like elevated fanfiction with four historical figures: Malcolm X (Kingsley Ben-Adir), Sam Cooke (Leslie Odom Jr.), Jim Brown (Aldis Hodge) and Cassius Clay (Eli Goree) before he called himself Muhammad Ali. The movie, though fictional, is based on a real gathering between the men on the night of February 25, 1964, when a 22-year-old Clay was victorious over Sonny Liston to snatch the heavyweight title.

Here is what Regina King had to say in her WSJ. Magazine’s cover feature…

King on finishing her movie during BLM protests & Covid:

“The work has truly been a welcome distraction. I find that…on set or editing, working on the music for the film [or] on the color, it forces you to focus on something else. Because everything around us has to do with the pandemic, who’s been in office, this election,” she says, two weeks before Election Day.

“But as a Black American, that’s been the story before we were even born—of being marginalized people. That’s all the time happening, and the work kind of allows for me to escape it and not feel like I’m irresponsibly escaping it.”

King on winning an Emmy while wearing a Breonna Taylor T-shirt:

Like many Black Americans, King felt the fatigue of maintaining a professional visage amid violence. “The faces that we put on to smile and to succeed,” she says. “That shit is exhausting.”

King on having her son in mind when telling the story of ‘One Night In Miami’: 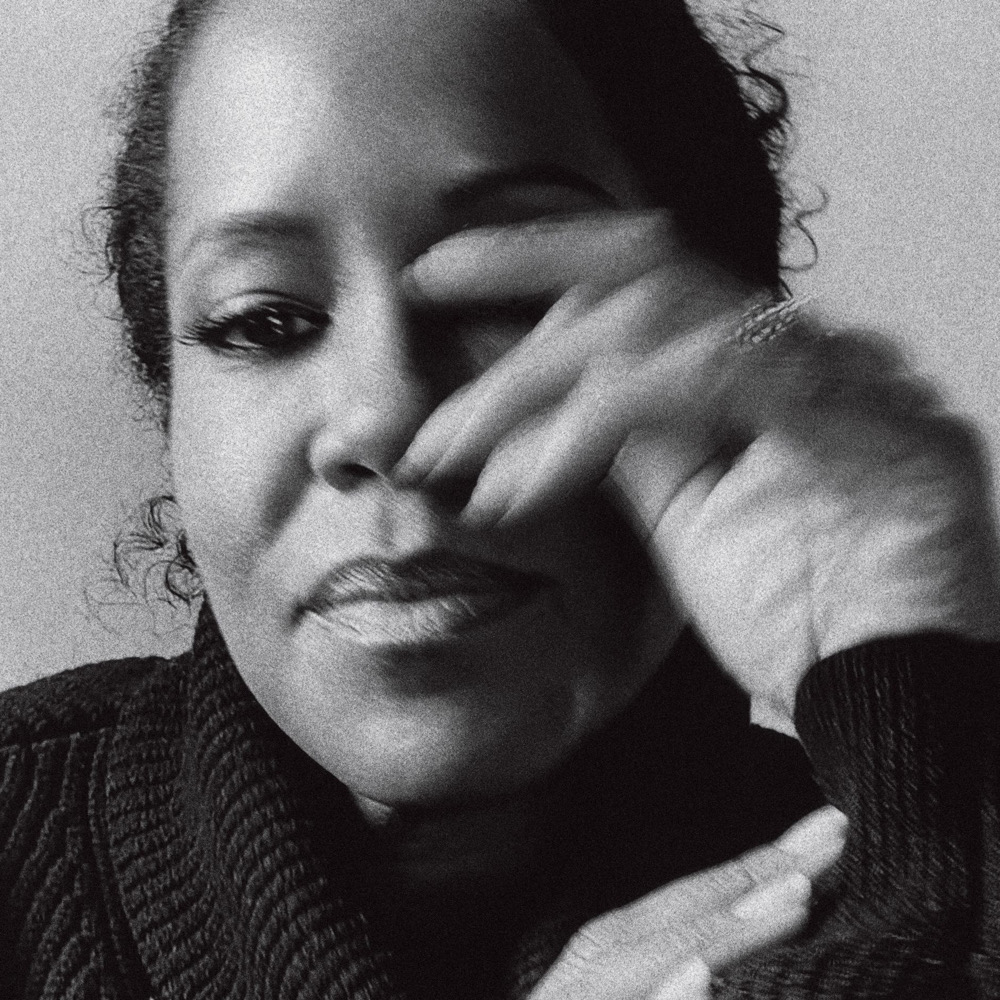 King describes the story as a personalized portrait of revered figures. “We meet them in places where they’re each getting punched in the gut and getting reminded of their blackness or inequities in some way,” Regina King tells WSJ. Magazine.

“I wanted the world to see Black men the way I see them, as complex, as vulnerable, as strong…as human beings that feel—who are not void of being hurt.”

King on keeping a focus on her Black audience without feeling she needed to please everyone:

She points to a pool scene of Cassius Clay that’s soundtracked to Donny Hathaway’s timeless cover of Ray Charles’s “I Believe to My Soul.” “I was like, ‘That’s for Black people! I’m letting y’all know now: I’m not changing that!’” she says, laughing.

“There’s some things that are inside jokes that, because you’re not Black, you’re going to miss that joke. And in those moments, do you think, OK, does it matter to me if the joke is missed or that beat is missed? No, sometimes it doesn’t matter.”

King on her own brush with Covid:

With a preliminary acceptance to the Toronto International Film Festival and Venice Film Festival and two more scenes to shoot, she found herself in a time crunch when several test results, including her own, came back inconclusive, and they were forced to retest the sample. “I’m pulling up to the testing site [to do a second test], and they called and said, ‘The test came in and you’re negative.’ I literally started crying,” says King, who rushed home and immediately prepared to return to set.

“Hollywood loves to tell the story of the overnight sensation and the ingénue…and because Regina has been acting since she was a kid, it’s depriving the system of this sense of discovery,” he says. “If Meryl Streep–level parts…were being written for Regina, she would have also won Oscars. Those parts just weren’t getting written for her, and now they are. I think there’s a whole level of filmmakers who understand that they’ve got a supernova of talent in Regina King, and in order to get her interested in your project, you’ve got to write a part that’s worthy of her.”

Gabrielle Union on her friend, King:

“When you have someone like a Regina King who has been wildly successful in everything that she’s done since she was a teenager, and you still refuse to acknowledge her brilliance and her financial contribution to this industry, that isn’t an unconscious bias. That isn’t an oversight. That is willful,” says actor and friend Gabrielle Union. “By every estimation, she has been a powerhouse for decades. So how do you ignore the powerhouse in the room?”

“I think that you see in a Regina King career the history of the business and what has been historically possible for talented Black performers, talented Black female performers,” he says. “I say that because she’s kind of been tapping on the ceiling at every level. Every rung of the ladder that has been available to her, she’s maximized all of those rungs, and so now Hollywood is ready.”

King on her son with her ex-husband, 24 – year old Ian Alexander Jr.:

She and Ian share a similar love-hate relationship with social media. She’s had to warn him about the risks of revealing too much: “I’m still constantly reminding him that, Dude, just because it’s an Insta story does not mean that some- one is not capturing that. And as you are making your ascent, there are people waiting.”

King on the late director John Singleton’s influence on her career (her first films were Singleton – directed projects—Boyz N the Hood, Poetic Justice and Higher Learning):

Singleton, who died in 2019, opened her eyes to the world of directing before she knew what it was. He was the first director who she felt spoke her language. “We weren’t that far away in age, and prior to that, probably every director I’d ever worked with was my parents’ age or older,” she says. “I was able to see directing from a whole different lens, and he was also allowing me to be part of his process.”

King on her Broadway aspirations:

King eventually wants to act in a stage play. When she received offers before to star in productions, Ian was still in school, and she wasn’t ready. She is now. She figures she’ll enjoy both the rush and terror of theater, and so she consulted one of her favorite actors, Laura Linney, a four-time Tony Award nominee.

“What do you have to give of yourself?” King asked her. “Because that’s the thing,” she says now, from the shadows of Zoom. “It sucks the life out of you. It takes up so much of your time. But it’s the most rewarding thing.”