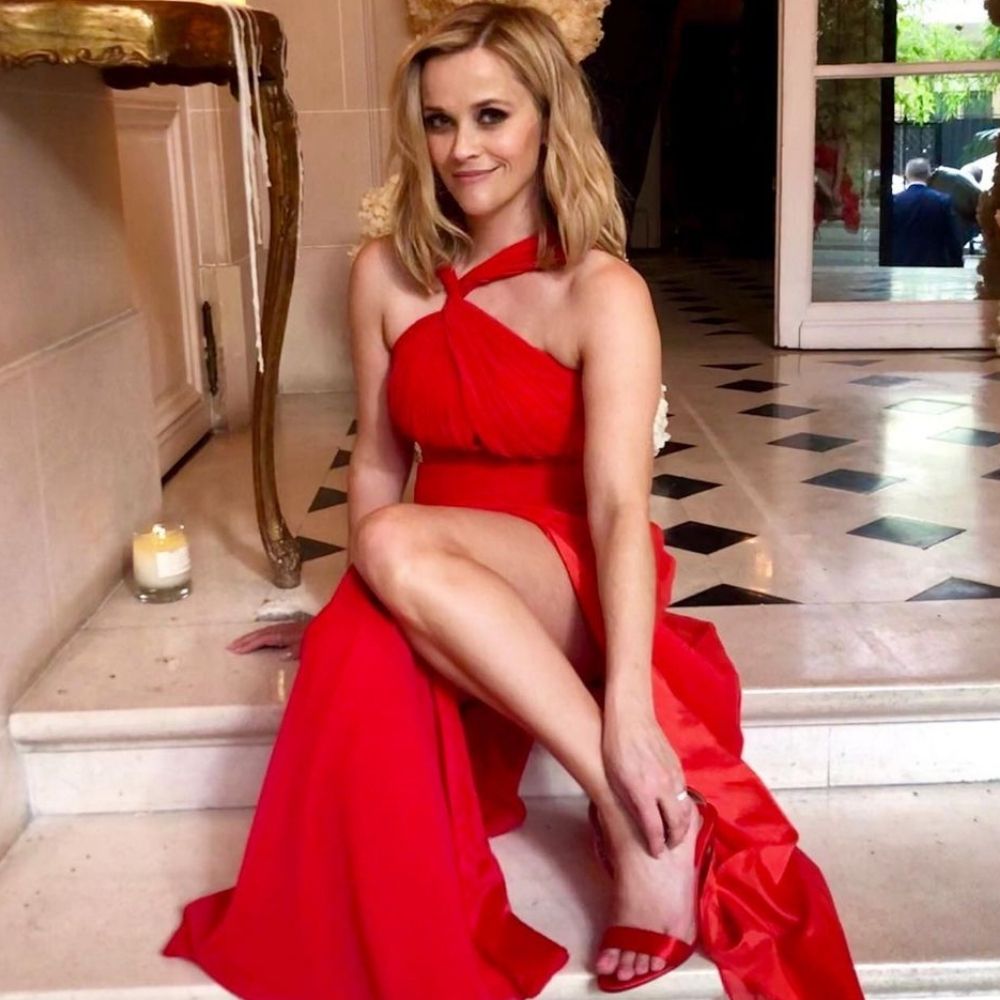 Born Laura Jeanne Reese Witherspoon on March 22, 1976, in New Orleans, Louisiana, Reese is a multi-award-winning actress, producer, director, and entrepreneur. If you call her a film legend, you wouldn’t be far from the truth.

Reese was only 15-years-old in 1991 when she debuted on the acting scene in the movie The man in the moon. Her career took an uphill climb from there. You may remember her from one of her biggest movies, Legally Blonde, which was a truly cutting edge performance that earned her nine award nominations with her winning three of them.

The 44-year-old has had such a successful movie career since then. She’s been nominated for 22 top awards, winning seven of them. She was named by Time magazine in 2006 and 2015 as one of the top 100 most influential people in the world and in 2019, Forbes magazine rated her among the top 100 most powerful women in the world.

In business and philanthropy, Reese Witherspoon has been just as dedicated. She owns a clothing company Draper James and is actively involved in children’s and women’s advocacy organizations such as the Children’s Defense Fund (CDF) and the charitable Avon Foundation dedicated to women’s causes.

Her media firm and production company, Hello Sunshine is focused on female-led stories and has produced a number of films and television series including the miniseries, Little Fires Everywhere which she co-starred in with Kerry Washington with three Emmy Award nominations this year.

Reese has had a plethora of widely acclaimed movies and we did well to narrow this number down to 10 of her top movie performances. I tell you, when it comes to acting, this woman knows her onions.

Here are the top 10 Reese Witherspoon movies to watch…

Reese Witherspoon plays the part of a 16-year-old girl, Nicole Walker, who meets the charming David McCall (Mark Wahlberg) at a nightclub, following which the two fall in love with each other. The movie hit the box office in 1996, grossing over $20 million.

Reese plays Vanessa Lutz who captures our attention from the start in this Red-Riding-Hood type of tale. She’s not your helpless kind and she’s determined to be at grandmas by all means!

Inspired by true events, the story takes us on a journey through the plight of many African immigrants. Reese’s character, Carrie seeing how hard it is for them to fit in, endeavors to help them in rebuilding their lives.

David and his twin sister, Jennifer (Reese) are transported into a perfect 50s where everything perfect begins to fall apart.

This true-life story saw Reese Witherspoon not only star as the lead character Cheryl Strayed but also co-produce excellently. Cheryl immerses us into the emotions of a middle-aged woman dealing with a recent divorce and the death of her mother while on a 2000 mile hike on the pacific crest trail. Reese is truly a master at adaptations.

The story follows Elle Woods – played by Reese – and defeating stereotypes. Even while she does it trying to win her man back.

Reese plays Juniper, the confused, abused, and anxious ex-girlfriend to the lead Mud (Mathew McConaughey). This unusual coming of age story is highly critically acclaimed for the depth of emotions the movie evokes.

This classic was Reese Witherspoon’s debut in the film industry. Dani Trant, played by Reese, a 14-year-old girl, falls in love with Court Foster an older neighbor. And so does her sister, how will she cope?

Tracy is a small town girl running for her high school election in this one, she does so amidst laughs and a strong moral lesson.

June Carter (Reese Witherspoon) is the second wife of country musician Johnny Cash (Joaquin Phoenix). The story follows him from an aspiring musician who receives a golden opportunity to tour with the famous June Carter to a big country musician. Here, she earned her first and only Oscar.

A Recap Of Events And Looks From New York Fashion Week SS 2021, So Far

Oprah Winfrey, Reese Witherspoon, Issa Rae And Others Stun On The Blue Carpet At The World Premiere Of Disney Movie ‘A Wrinkle In Time’