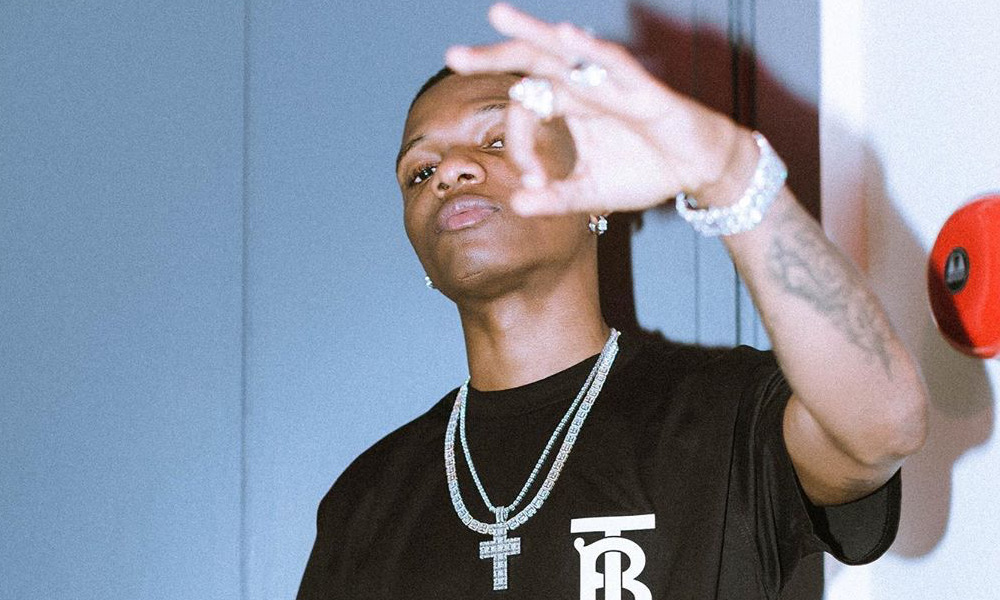 How To Cope With Adult Eczema | SR Beauty

Wizkid announces ‘Made In Lagos’ album is done, EFCC arrests ex-Kogi Governor’s son, Roger Federer out of French open. Stay in the know with our Rave News Digest which summarizes five of the hottest global news you need to catch up on, saving you time and energy. Consider it your daily news fix.

1. Wizkid says his album, ‘Made In Lagos’ is done

On February 20, 2020, Nigerian star, Wizkid took to his Twitter page to reveal that his long-awaited album, ‘Made In Lagos‘ is finally done. He wrote, “Finally done! So you know what that means!” This came after he wrote that, “I’ve been working on my album and my spirit.” He also wrote that he appreciates his struggles, “Very happy for growth and God’s guidance. I love my scars more than ever.”

The first time we caught a whiff of Made In Lagos was in mid-2018 when Wizkid started using the words on a couple of hashtags on social media. This would not be the first time Wizkid announced that the album was done. In 2019, he took to his Instagram live to play some songs only for the album to not be released.

Operatives of the Economic and Financial Crimes Commission have arrested Muhammed Audu, a son of the former Governor of Kogi State, late Alhaji Abubakar Audu, for allegedly diverting billions of naira.

The EFCC said the former governor’s son was arrested on Tuesday for allegedly diverting funds donated to the Nigerian Football Federation, for his personal use.

The commission said in a release by its Acting Head, Media and Publicity, Tony Orilade, on Thursday that investigations revealed that the suspect allegedly used “two of his companies, Mediterranean Hotels Limited and Mediterranean Sports, to divert the funds.”

The suspect will be charged to court as soon as investigations are concluded.

A UN human rights investigation has accused the government of South Sudan and other armed groups of deliberately starving civilians. Investigators found that access to humanitarian aid and other basic services was intentionally blocked, leaving more than half the population in acute need of food.

They said millions of dollars of state money had been plundered by government officials and that they were collecting evidence on individuals for eventual use in court.

Their report was published two days before a deadline to form a unity government. Previous efforts to broker peace have collapsed.

A gunman has killed at least nine people as he targeted customers at shisha bars in Germany on Wednesday evening, in a suspected far-right attack. The attack sparked a huge manhunt overnight. The suspected gunman and his mother were found dead in his home early on February 20. Police said there was no reason to believe there was more than one suspect.

The attacks took place at two bars in Hanau, about 20 kilometres (12 miles) from Frankfurt, where armed police quickly fanned out and helicopters roamed the sky looking for the person responsible for the bloodshed.

Police are trying to identify the victims. German media reports that those killed were likely to be of migrant background, while Ibrahim Kalin, a spokesman for the Turkish presidency, said some of those killed were of Turkish origin.

5. Roger Federer to miss French Open after having knee surgery

Roger Federer will miss his fourth French Open in the last five years after having knee surgery on Wednesday. The 20-time Grand Slam champion had arthroscopic surgery on his right knee – which had been “bothering him for a little while” – in Switzerland.

Federer, who won his only Roland Garros title in 2009, said doctors were “very confident of a full recovery. After the procedure, the doctors confirmed it was the right thing to have done,” the 38-year-old said.

In addition to the French Open, which takes place from 24 May-7 June, Federer will also miss the tournaments in Dubai, Indian Wells, Bogota and Miami.

Our Week Day News Digest brings you a summary of five of the hottest news topics today including latest News in Nigeria, African news, political news, international news, Hollywood news, sports news and news on Nigerian celebrities and African celebrities. Also, expect other top stories and more of the latest trending news today across the Sahara. A summary of latest Nigerian news

How To Cope With Adult Eczema | SR Beauty