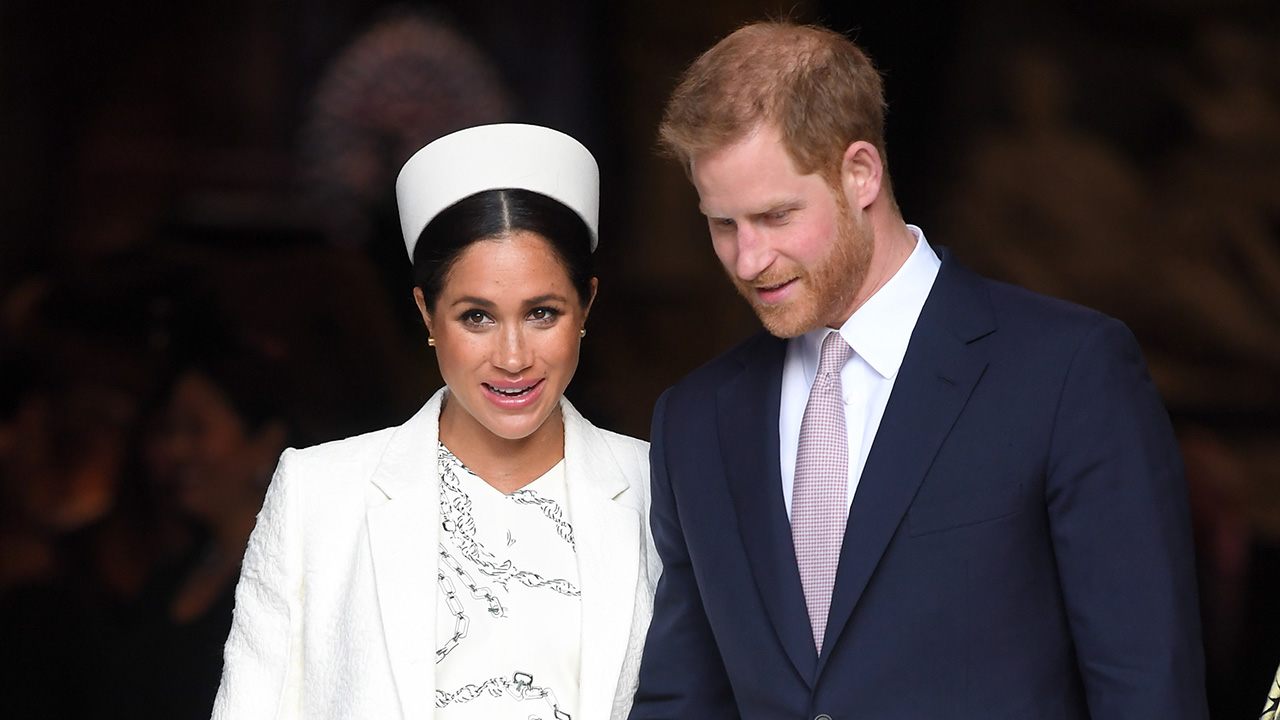 The 2019 gubernatorial candidate of the Peoples Democratic Party (PDP) and current governor, Nyesom Wike, has been declared winner of the Rivers State governorship election.

The state Returning Officer, Teddy Adias, declared Wike the winner with a total of 886,264 votes which amounted to about 70% of the votes. The governorship candidate of the African Alliance Congress (AAC), trailed behind him with 173,859 votes.

The Rivers election stalled after there were numerous cases of violence during the collation of the results. The Independent National Electoral Commission said the incidents disrupted electoral processes leading to a delay.

The Duke and Duchess of Sussex have launched their own Instagram account. The official account for the royal couple christened sussexroyal, was adopted for “important announcements” and to share the work that “drives” them.

It comes as the Duke and Duchess, who are expecting a baby this month, split their household office from that of the Duke and Duchess of Cambridge. Meghan and Harry’s support team will be based at Buckingham Palace, instead of Kensington Palace starting this Spring. The account was announced by the Kensington Twitter feed.

Following its creation, the couple’s Instagram account broke the Guinness World Record for amassing a million followers in the quickest time. It took just five hours and 45 minutes to achieve the feat toppling over the previous record held by Korean pop star Kang Daniel who hit the mark in 11 hours and 36 minutes.

“Welcome to our official Instagram; we look forward to sharing the work that drives us, the causes we support, important announcements and the opportunity to shine a light on key issues. We thank you for your support, and welcome you to @sussexroyal.”

3.   US tourist kidnapped in Uganda

Ugandan security forces are in search of gunmen who abducted an American tourist and her driver inside a national park close to the border with the Democratic Republic of Congo. It was reported that four kidnappers stopped a group of tourists at gunpoint as they drove to see wild animals.

The police identified the kidnapped American as a 35-year-old woman and a 48-year-old safari guide. They also added that the kidnappers used the woman’s phone to demand $500,000 ransom for the release of the pair. The ransom is believed to be the reason for the kidnap.

Two other tourists were present when the gunmen attacked but were neither abducted nor harmed. They quickly raised an alarm from the lodge where they were staying.

No arrests have been made although the security forces have continued to intensify their efforts towards apprehending the culprits.

It was a historic election in Chicago which saw two black women compete to become mayor of the third-largest city in the United States. At the end of the night, voters chose Lori Lightfoot to become the first black woman and openly gay person to lead the city.

A former federal prosecutor, Lightfoot is relatively new in the political scene. She however trounced her opponent, Toni Preckwinkle, who is the President of the Cook County Board of Commissioners and Chair of the County’s Democratic Party, by a margin of nearly 50 percent points. Outgoing mayor, Rahm Emanuel was not in the race as he was not seeking a third term.

Following her win, Lori thanked the city and those who blazed the trail for her victory. “Today you did more than make history, you created a movement for change,” she said to a crowd of supporters. “Out there tonight a lot of little girls and boys are watching… they’re seeing the beginning of something, well, a little different,” she said with a wry smile.

“They’re seeing a city reborn. A city where it doesn’t matter what colour you are… or who you love, just as long as you love with all your heart.”

19-year-old Juventus forward, Moise Kean, was blamed by his own teammate after being subject to racist abuse while playing for the club in their 2-0 win over Cagliari.

Born to parents of Ivory Coast descent, Kean was born in Italy and plays for the Italy National team and Juventus. The teenager was subjected to a series of racist chants and insults during the game by the Cagliari fans. After scoring the second goal in the closing stages of the match, he celebrated.in front of the fans with his arms aloft in response to the chants.

It was, however, his teammate’s comments after the game that caught more media attention. Leonardo Bonucci, who is Kean’s teammate at both club and international level, stated that the youngster shared the blame in being subjected to the racist abuse.

“There were racist boos after Kean’s celebration… but I think the blame is 50-50,” Bonucci said. “Kean made a mistake and the fans made a mistake.”

Players from different football teams have however rushed to express their support for the teenager, condemning the comments made by his teammate. Other black players including Sterling, Yaya Toure, Memphis Depay and Balotelli have called out Bonucci on his comments, calling it disgraceful and insisting that racist abuse is never the victim’s fault.

Racism continues to be one of the ever-present problems associated with football with black players especially, falling prey to abuse from fans and white players alike.

Reggae’s Latest Sensation, Koffee Is Coming For The ‘Throne’