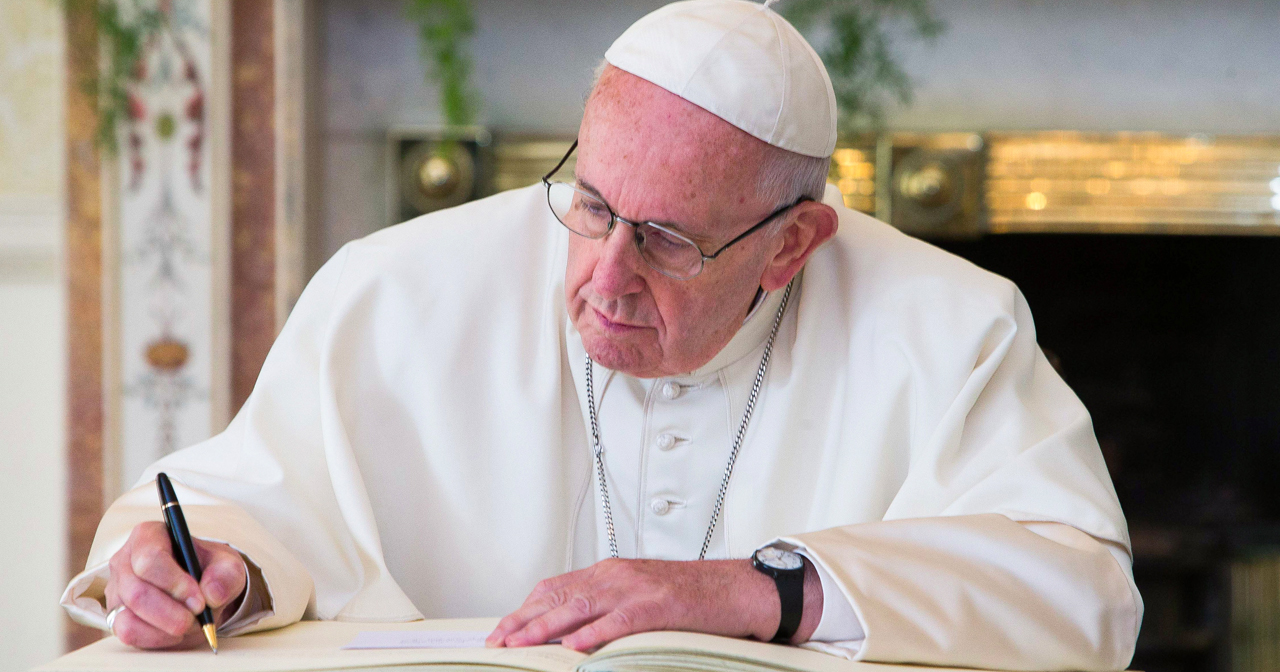 An Easy Guide To Going Vegan In Nigeria

Christians beware, the Lord’s prayer has been altered by Pope Francis. So next time you pray, endeavour to say it properly. More Abacha loot has been seized abroad and how about that masterclass performance from Cristiano Ronaldo on Wednesday night? All that and more on our Rave News Digest which summarizes some of the hottest global news you need to catch up on, saving you time and energy. Consider it your daily news fix.

Authorities in Jersey say they have seized more than $267 million from family and associates of late Nigerian military dictator Sani Abacha.

The laundered funds were recovered from confiscated assets belonging to the son of the late military head, Mohammed Abacha which according to the Jersey Civil Asset Recovery Fund were “derived from corruption” during Abacha’s rule in Nigeria.

The loot was found in a Channel Islands account held by shell company Doraville Properties Corporation. It had been frozen by a federal court in Washington in 2014 at the request of prosecutors pursuing criminal proceedings against Mohammed Abacha and his associates.

After a five-year battle, the stolen funds have now been recovered and paid into a special recovery fund. According to Jersey authorities overseeing the case, the fund will be shared between the Nigerian government, Jersey and the US government.

Abacha had lived a lavish lifestyle during his tenure as head of state. He is reported to have stolen over $4 billion during his five-year reign through his family and allies.

From 2017 to date, the Swiss government has recovered around $700 million of Abacha’s looted assets.

According to estimates cited by the UN Office on Drugs and Crime, Nigeria lost $400 billion to corruption between 1960 and 1999.

President Muhammadu Buhari has said his government has recovered some of the country’s stolen wealth stashed abroad but have faced challenges which have slowed down the process.

World leaders and hundreds of veterans gathered in Normandy for the 75th anniversary of the Normandy Invasion, popularly known as D-Day, the largest combined land, air and naval operation in history.

The day is marked with commemorations of the key events in the operation which was aimed at bringing an end to World War Two.

In what would be one of her last official engagements in office, Theresa May spoke to the D-Day veterans on Tuesday.

“If one day can be said to have determined the fate of generations to come, in France, in Britain, in Europe and in the world, that day was the 6th June 1944,” she said. “To our veterans, I want to say the only words we can: thank you.”

French president Macron echoed her words, telling the veterans gathered that we owe them “our freedom.”

US President Donald Trump who had just returned from a 3-day state visit to the UK, was also in commemorative mood as he told US veterans who were gathered at the US war cemetery at Omaha Beach that they were “the pride of the nation.”

The D-Day operation saw many forces unite to begin the liberation of German-occupied France (and later Western Europe) from Nazi control and laid the foundations of the Allied victory on the Western Front.

Roman Catholic Church Number one, Pope Francis, has changed the Lord’s Prayer. It is reported that he has made the change for fear that one line implies that God might lead people into temptation.

The Pope said that the new line clarifies that it is not God’s responsibility if they fall into temptation, stating that God does not do that.

“I am the one who falls; it’s not Him pushing me into the temptation to then see how I have fallen,” the Pope said. “A father doesn’t do that. A father helps you to get up immediately. It’s Satan who leads us into temptation, that’s his department.”

Officials have said that the new version is closer to the message that the prayer was intended to convey.

4. Jussie Smollett will not feature in Empire finale

Sorry Empire fans, Jussie Smollett who plays the role of Jamal in the hit series will not be making an appearance in the season finale.

The series co-creator Lee Daniels confirmed this while responding to claims that writers were preparing for Smollett’s comeback. He tweeted: “Jussie will NOT be returning to Empire.”

Jamal, the actor’s character on the series, had earlier been written off from the show in the previous season following heavy backlash stemming from accusations that the actor staged a hate crime against himself in Chicago earlier this year.

A letter by some of Empire’s cast members including Taraji P. Henson and Terrence Howard was sent to multiple Fox executives and series executive producers to demand that their co-star be brought back for the show’s sixth season.

Smollett having been accused by state authorities for staging the hate crime, was later slapped with an 11-count charge which was later mysterious dropped much to the infuriation of the state police superintendent and the then Mayor of Chicago, Rahm Emanuel. Amidst the whole charade, Smollett has maintained his claim of being innocent.

Juventus superstar Cristiano Ronaldo scored a hat-trick on international duty to carry Portugal past Switzerland to the Nations League final.

It was another clinical performance by the 34-year-old who has continuously defied his age to prove doubters wrong wherever he finds himself.

Ronaldo opened the scoring in the first half with a sublime free kick that beat the keeper from all of 30 yards out.

Switzerland, however, went level early in the second half when Ricardo Rodriguez converted a VAR-awarded penalty.

Rattled by the contentious decision, Portugal struggled to regain their rhythm and composure. But just when it seemed we would need extra minutes to settle the semi-final tie, Cristiano Ronaldo came to the good.

The former Real Madrid and Manchester United man grabbed a brace of goals less than two minutes apart to put the match well beyond the visitors.

Portugal will now play the winner of the other semi-final tie between England and the Netherlands which is scheduled to take place on Thursday night. The final will be played in Porto on Sunday.

An Easy Guide To Going Vegan In Nigeria

Tyler Perry Is WSJ. Magazine’s Entertainment Innovator Of The Year!