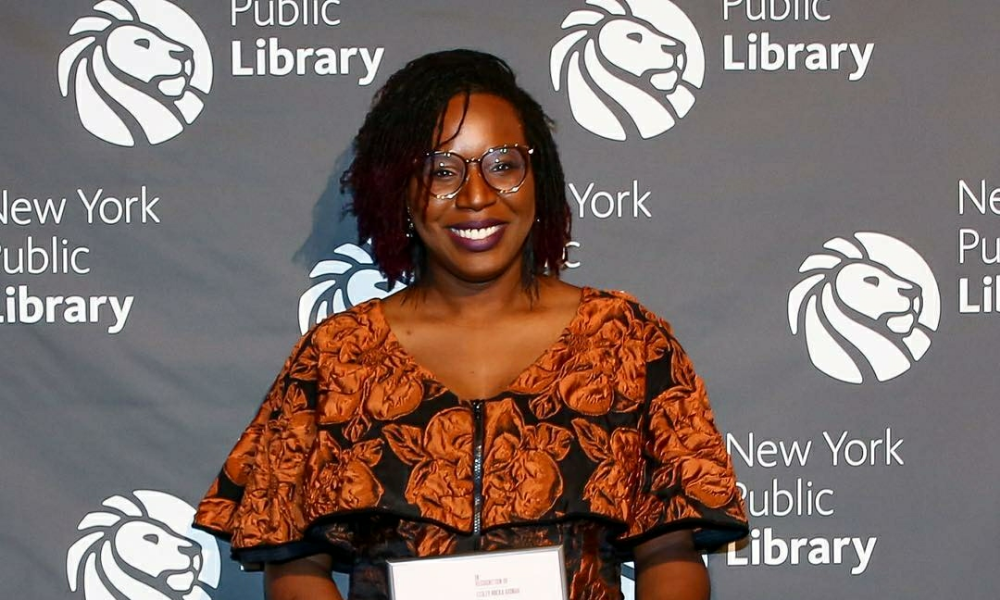 It is a fact that Nigerians excel wherever they find themselves and this time, writer Lesley Nneka Arimah has won the 2019 Caine prize for her story. We have all the details in our Rave News Digest which summarizes some of the hottest global news you need to catch up on, saving you time and energy. Consider it your daily news fix.

The PDP senator who was arrested by the police for assaulting a woman in a sex toy shop, Senator Elisha Abbo, pleaded not guilty to both charges levelled against him, conveniently sidestepping his admission of wrongdoing and an apology he made to both the victims and Nigerians last Wednesday.

The police had filed two counts of criminal use of force and criminal assault against Mr Abbo on Monday morning, days after he was caught on video assaulting the woman in Abuja.

The video of the May 11 assault on Tuesday, went viral on social media and drew nationwide condemnation and calls for the senator’s arrest and prosecution.

The police vowed to ensure a thorough prosecution of the case which sparked renewed concerns about gender-based violence and general women’s rights across the country.

However, on Monday, the Chief Magistrate’s Court in Zuba granted him bail of N5 million after pleading not guilty to the charges.

The magistrate also said the senator must present two competent sureties to the court to secure his appearance in subsequent hearings on the criminal charges.

The 19th Group Managing Director of the Nigerian National Petroleum Corporation (NNPC), Mele Kolo Kyari, has taken over from his predecessor, Maikanti Baru, who retired from the service of the corporation on July 7 after attaining the statutory 60 years retirement age.

Mr Kyari pledged to work towards the delivery of the Dangote Refinery by the first quarter of next year. He added that he was going to ensure that the country achieves its production target of 3 million barrels per day and also grow its reserves.

Until his appointment, Mr Kyari was Group General Manager, Crude Oil Marketing Division of the NNPC. He was also the Nigerian National Representative at the Organisation of Petroleum Exporting Countries (OPEC) since 2018.

The new NNPC chief identified the battle against corruption as his target. He vowed that “there will be no corruption where there is no discretion. We are going to work with the EFCC to take out corruption from our system.”

President Donald Trump said on Monday that the White House will no longer deal with British Ambassador to the US Kim Darroch after a series of leaked diplomatic cables revealed he told 10 Downing Street that the administration was “inept” and “clumsy.”

“I have been very critical about the way the U.K. and Prime Minister Theresa May handled Brexit. What a mess she and her representatives have created. I told her how it should be done, but she decided to go another way. I do not know the Ambassador, but he is not liked or well thought of within the US,” Trump tweeted.

“We will no longer deal with him. The good news for the wonderful United Kingdom is that they will soon have a new Prime Minister. While I thoroughly enjoyed the magnificent State Visit last month, it was the Queen who I was most impressed with!” he said.

British officials spent the weekend trying to do damage control after the messages leaked, as their White House counterparts downplayed Darroch’s comments.

The leaked diplomatic cables described Trump as “inept,” “insecure” and “incompetent.” In the cables leaked to the Daily Mail newspaper, Darroch warned the UK government that Trump’s “career could end in disgrace,” and described conflicts within the White House as “knife fights.”

The UK Prime Minister’s spokesman said on Monday that Theresa May has “full faith” in Kim Darroch and that providing an “unvarnished assessment” is an ambassador’s job.

Nigerian writer Lesley Nneka Arimah has won the prestigious Caine Prize for African Writing for her story ‘Skinned’ which is about a parallel universe where single women go naked until they are married.

The prize was launched in 2000 and is awarded annually to an African writer of a short story published in English.

Skinned follows the fortunes of Ejem, who comes from a culture where girls must remove their clothing at a certain age and go naked until they are claimed by a husband.

Chair of Judges, Peter Kimani, announced Lesley as the winner of the £10,000 prize at an award dinner on Monday 8 July. The ceremony was held for the third time in Senate House, in partnership with SOAS and the Centre for African Studies.

Announcing the award, Kimani said: “The winner of this year’s Caine Prize for African Writing is a unique retake of women’s struggle for inclusion in a society regulated by rituals.

Using a sprightly diction, she invents a dystopian universe inhabited by unforgettable characters where friendship is tested, innocence is lost and readers gain a new understanding of life.“

Also on the shortlist this year was Meron Hadero (Ethiopia) for ‘The Wall’, Cherrie Kandie (Kenya) for ‘Sew My Mouth’, Ngwah-Mbo Nana Nkweti (Cameroon) for ‘It Takes A Village Some Say’, and Tochukwu Emmanuel Okafor (Nigeria) for ‘All Our Lives’.

Arimah, winner of the 2015 Commonwealth Short Story Prize for Africa, has twice been shortlisted for the Caine Prize before in 2016 and 2017. She is a 2019 United States Artists Fellow in Writing and lives in Las Vegas.

It is called “Manic Monday” in Wimbledon for a reason as the upsets kept rolling in. It is the only grand slam where all 32 players remaining in singles are scheduled to compete on the same day.

Serena Williams, the No. 11 seed and seven-time Wimbledon champion, made light work of Carla Suarez Navarro, dispatching her, 6-2 6-2 to advance to the quarterfinals.

A major upset of the day was when unseeded American Alison Riske, scored the biggest win of her career by knocking off world No. 1 and French Open champion Ashleigh Barty, 3-6 6-2 6-3.

Majority of the audience were heartbroken when former world No. 1 Simona Halep, ended the dream run of 15-year-old Cori Gauff, who became the second-youngest woman ever to reach the fourth round at Wimbledon.

The teenager had taken the tournament by storm after her first-round win against Venus Williams. But Gauff’s winning streak came to an end when world No. 7 Halep dispatched her 6-3 6-3 to become the highest remaining seed in the women’s draw.

Meanwhile, the men’s Big Three of Roger Federer, Rafael Nadal and Novak Djokovic all cruised in the fourth round.

Federer, an eight-time Wimbledon champion, took just 74 minutes to stroll past Matteo Berrettini 6-1 6-2 6-2 in what was a very lopsided affair. His next foe is Nishikori, who has impressively made three grand slam quarterfinals this year.

Nadal on the other hand, also made light work of frequent practice partner Joao Sousa 6-2 6-2 6-2 as he targets a first Wimbledon final appearance since 2011. Standing in the way of that though is tournament ace leader and renowned Wimbledon giant-killer Sam Querrey.

Defending champion Djokovic was also able to breeze into the next round without much trouble, knocking out Ugo Humbert 6-3 6-2 6-3. With that, the Serb set up a clash with former finalist at the year-end championships, David Goffin.

Last Week, Our Favourite Beauty Looks Were So Afrocentric