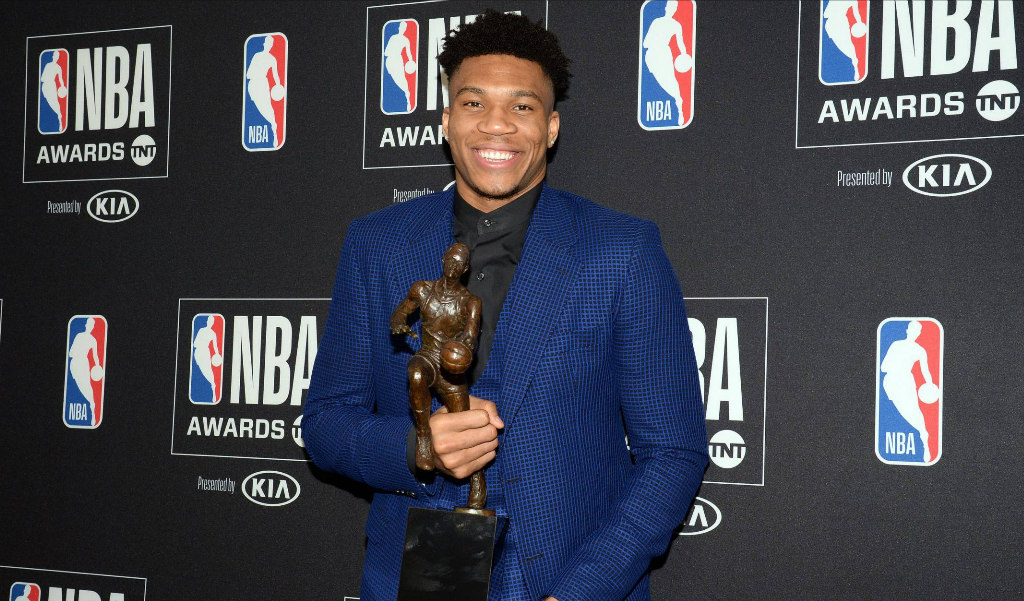 We remember Michael Jackson, 10 years after the pop icon’s death and celebrate one of our own Giannis who won an NBA award. Stay up to date with our Rave News Digest which summarizes some of the hottest global news you need to catch up on, saving you time and energy. Consider it your daily news fix.

A few hours to the end of his reign as governor of Ogun State, Ibikunle Amosun contacted the state’s Commissioner of Police, Bashir Makama, confessing that he had thousands of arms and millions of ammunition in store at a secret armoury in Government House, and that he had decided to hand them over to the police.

Amosun’s candidate for the March 9 governorship election, Adekunle Akinlade of the Allied Peoples Movement (APM), had been soundly defeated by Dapo Abiodun of the All Progressives Congress.

The outgoing governor was perceived to be desperate to clear the Government House of any incriminating material as Mr Abiodun moved in to take charge.

Shortly after he was contacted, Commissioner Makama went with some of his subordinates to Government House. On arrival, truckloads of arms and ammunition were brought out of a nondescript armoury inside the Ogun State Government House.

A hand-over started during which the governor surrendered at least four million rounds of ammunition, 1,000 units of AK47 assault rifles, 1,000 units of bulletproof vests and an armoured personnel carrier (APC).

At the event, Mr Amosun said he procured the arms and ammunition to check the widespread insecurity in his state. He said he decided to keep them at the Government House Armoury to ensure they were not allocated indiscriminately by security agencies.

The incident has raised questions on why a civilian governor would create an armoury and store thousands of arms there when the law explicitly forbids individuals and civilian institutions from illegally operating armouries or possessing prohibited firearms.

The revelation has since elicited widespread outrage and bipartisan demand for the former Ogun State governor, now a sitting senator, to be arrested and prosecuted for illegal arms possession.

Brig Gen Asaminew Tsige, the suspected ringleaders of Saturday’s failed coup attempt in Ethiopia’s Amhara region has been shot dead, according to police.

The police added that Asaminew was killed as he attempted to flee from his hideout in Amhara’s capital. Ethiopia’s Army Chief Gen Seare Mekonnen was reported to have been killed while trying to stop the coup.

Gen Asaminew was Amhara’s regional security chief and was said to have had a significant following among young people.

He had been among several high-ranking military officers released from prison last year when the government decided to free political detainees in response to public pressure. Asaminew had been in custody for nine years for allegedly plotting a coup.

Ethiopia’s Prime Minister Abiy Ahmed has urged Ethiopians to unite against “evil” forces that are bent on dividing the country.

The internet has been shut out across the country. This comes just days after services resumed following an inexplicable blackout of more than a week.

Flags are flying at half-mast after the government declared a day of mourning to mark the deaths of those who were killed.

Amidst rising tensions with Iran and a trade war with China, the President of the United States, Donald Trump, has been accused of rape.

Advice columnist E. Jean Carroll has publicly accused Trump of raping her in a Bergdorf Goodman dressing room in the 1990s. She is the latest to accuse the President of sexual assault.

When the news first broke on Friday, it didn’t get the required attention that ordinarily an allegation of such magnitude was supposed to command but now, it just won’t go away.

In a detailed excerpt from her upcoming memoir, “What Do We Need Men For? A Modest Proposal,” which was published in New York magazine on Friday, Carroll says Trump pinned her against a wall, pulled down her tights and penetrated her.

Over the weekend, Trump repeatedly denied the allegation, as he’d done with the several other women who have accused him of sexual misconduct, claiming “I’ve never met this person in my life.” But a picture in New York magazine clearly shows Trump and Carroll together at a 1987 party.

Despite the fact that Carroll is the first woman among the numerous other women, whose accusations meet the legal definition of rape, coverage has been subdued compared to other allegations against the US president. This has caused an uproar among readers, media watchdogs and reporters.

An encounter between Nobel laureate Wole Soyinka and a Nigerian youth on a plane has sparked mixed reactions from Nigerians on social media.

The internet was abuzz when Tonye Cole, a billionaire politician, shared his flight experience on how Wole Soyinka was asked to vacate a seat by a youth on board.

The businessman took to his Instagram page to narrate how a young passenger insisted that the writer leave the window seat assigned to him.

“I met one of the greatest Nigerians walking on the earth and as with other times, he was genteel, witty, forthright and humble. My smile gives me away as he permitted the picture whereas he would have preferred to get back to his newspapers,” he wrote.

“Then we boarded the flight and after assisting him with his bags, he took the window seat and promptly started reading again.

A few minutes later, this young man, baseball cap, t-shirt to show his muscled chest and tattooed biceps boards the plane and tells prof he’s in his seat (which he was). Those of us including the cabin crew tried to reason with bobo fine to let the old man be, but the chap refused. He insisted prof should vacate his window seat, which the old man quietly did for his original aisle seat next to him.

“I couldn’t understand how we got to this point where we no longer have respect for elders, even if we are so ignorant of the great global personalities.

“Is it too much to ask that an elderly man be allowed to remain in a seat allotted to you in the same business class cabin and the same row? Na wa o.” he concluded.

The incident quickly became a hot topic of debate with Nigerians having separate views. Some were quick to point out that if the roles were reversed, “a younger Soyinka” would have done the same thing while others called the youth’s countenance “utterly disrespectful.”

The poster was also not spared. Some people accused him of painting a negative picture of the youth to garner criticism while some others lambasted him for bringing the incident to social media in the first place.

What are your thoughts on the issue? Whose side are you on? Let us know in the comment section.

Since the end of the 2018-19 NBA season, we’ve been itching to know who wins what, especially the MVP award. Our days of wait are over though.

The 2019 NBA Awards took place last night and as expected, Giannis Antetokounmpo was crowned the NBA’s Most Valuable Player.

The Milwaukee Bucks forward was in tears as he gave a heartfelt speech thanking his couches, teammates and father.

Antetokounmpo who was born in Athens, Greece to immigrants from Nigeria, became the third youngest winner in the past 40 years.

Dallas Mavericks guard Luka Doncic, landed the NBA Rookie of the year award, joining Spain’s Pau Gasol (2002) as the only Rookie of the Year winners who didn’t play high school or college basketball in the United States.

And for the second consecutive year, Rudy Gobert won the NBA Defensive player of the year award.

Earvin “Magic” Johnson and Larry Bird were both honoured with the 2019 Lifetime Achievement Award.

Today marks the 10th anniversary of Michael Jackson’s death. Fans will remember that day with nostalgia when it was reported that the “King of Pop” was rushed to the hospital but was soon pronounced dead.

Michael Jackson’s estate paid tribute to his artistry and charity on Tuesday as fans made final preparations for gatherings to celebrate his memory on the 10th anniversary of the King of Pop’s death.

“Ten years ago today, the world lost a gifted artist and extraordinary humanitarian,” the Jackson estate said in a statement to The Associated Press.

“A decade later, Michael Jackson is still with us, his influence embedded in dance, fashion, art and music of the moment. He is more important than ever.”

Commemorating his legacy will never be quite as simple now as it was back then tough. The Pop star has since his death, been accused of sexual assault of many including minors.

Earlier this year, Jackson was hit with fresh allegations of child sexual abuse, with Wade Robson and James Safechuck telling their stories on Dan Reed’s documentary Leaving Neverland. These allegations have been denied by family members and the Jackson estate.

But even as his reputation has come under severe criticism in recent years, his legacy in the music and fashion industry can never be erased.

Be sure to check out our tribute to Michael Jackson’s style in honour of his posthumous 60th birthday last year.

Tessa Thompson Is An Eclectic Fashion Icon In the Making And We Are Here For It!