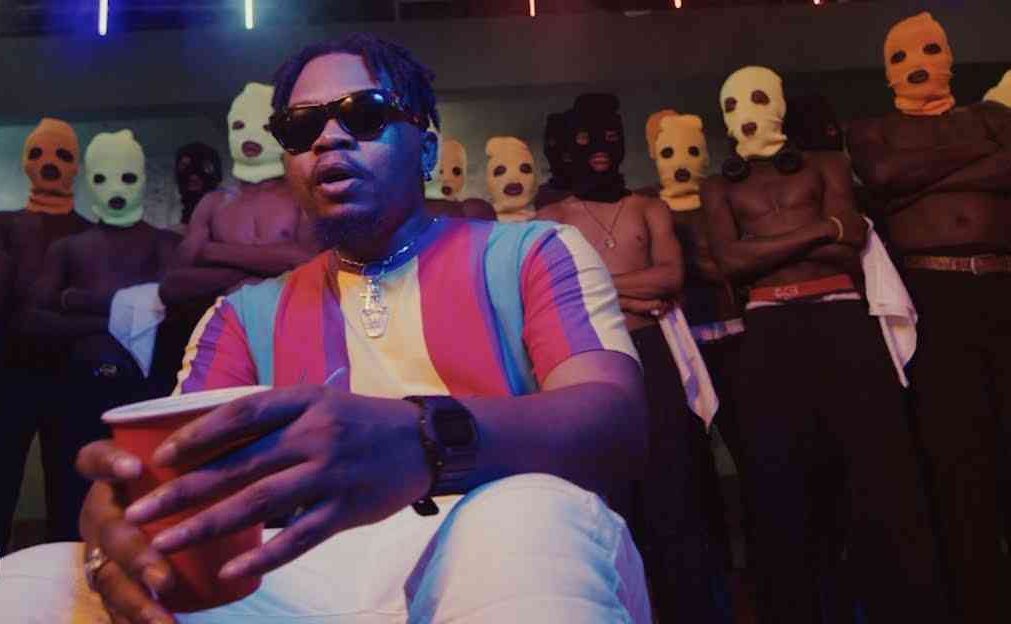 From Burna Boy being thrown a surprise birthday party and being celebrated at another party by Quilox in honour of his BET Award to Teni and Burna being signed on by Pepsi as brand ambassadors, last week was quite an interesting one in the music industry. But no matter what’s happening around you, Phyno is asking that you secure the bag.

The Igbo rapper comes back with another party banger in which he talks about not just securing but confirming the bag. We all know what the bag is but if you’re still wondering then the bag definitely contains money.

The video celebrates the beautiful Igbo culture, from dance moves to fashion and of course beautiful maidens. Some of the video vixens are seen dancing in the traditional-inspired two-piece sets, a common look for Igbo village maidens back in the olden days.

In this single, Phyno boasts that his account is fat like Yokozuna as he switches style from Igbo Chief to rapper-approved street style. What better way to start the second half of the year than by securing the bag?

Here are 5 of the hottest trending new songs in Nigeria…

Nigerian indigenous rapper, Phyno wants us to confirm the bag with his latest single The Bag which was produced by Willis with visuals by Patrick Elis.

After saying he was Shy, D’Banj is back with Slimcase to assure us that as the big ballers that they are, they will cover the bills as they come into “the place” to set it on fire. The track which was mixed and mastered by MillaMix is sure to get you off your seat and moving. In this track, D’Banj also reminds us that he is the “the bad bad bad, the bad bad bad, the baddest you will ever see” as he covers everyone with his hits and wealth.

Wizkid begs to be Totori-ed as he and Olamide play with lyrics on this beat produced by none other than Idowu Ogunade, popularly known as ID Cabasa. Totori is a Naija lingo for being tickled or excited. From the days of Gongo Aso till date, ID Cabasa has proven that he is one of the most prolific producers in the Nigerian music industry. The tempo of the beats is just perfect as it is a mid-tempo electronic, club-ready jam.

Ice Prince is feeling good as he has hinted that his forthcoming project will have songs like Hello Esther with DJ Tunez and In A Fix with Mr Eazi among others. The Feel Good remix features his former label boss, M.I Abaga, Ghanaian top rapper, Sarkodie, talented Kenyan rapper, Khaligraph Jones and South African rapper, Kwesta. They all brought their own unique spin to the remix that leaves you nodding even after it’s ended.

Iyanya is preparing us for the release of his forthcoming project, the Rebirth EP, slated for release in a few weeks. To get us geared up for that, he has teamed up with DMW vibes machine, Peruzzi to tell us about a girl named Ijeoma. The hot new jam produced by Yung Alpha sings praises of the woman.