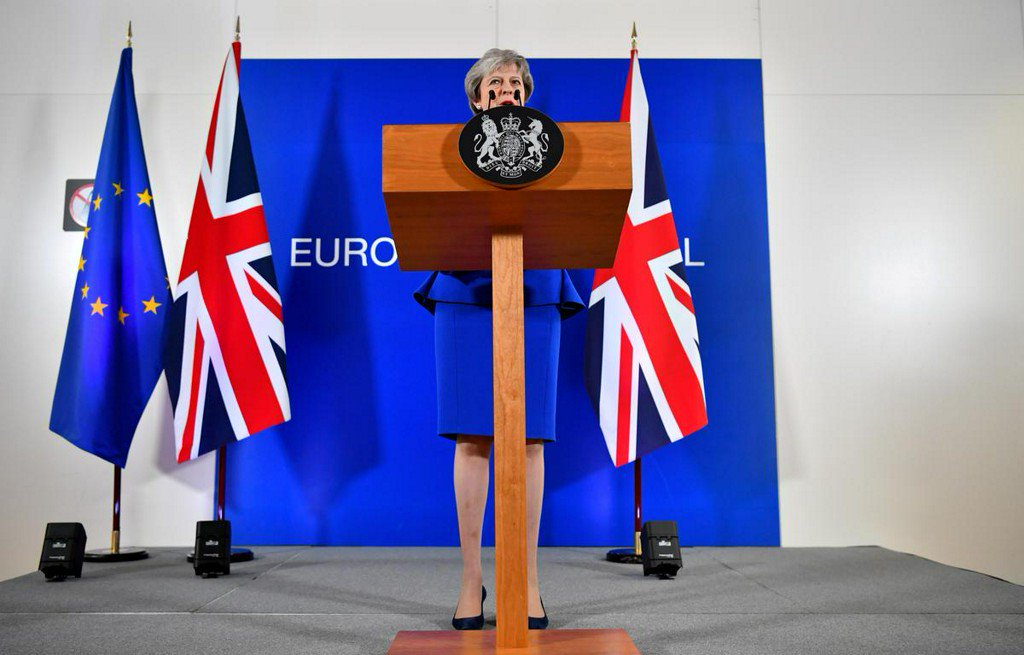 Nearly three years after the U.K voted to leave the European Union, the Parliament is at an impasse, with lawmakers twice rejecting a Brexit deal Prime Minister Theresa May negotiated. In what is perceived as a growing dissatisfaction with May, the Parliament on Monday moved to pry control of the Brexit proceedings from the Prime Minister.

Following Monday’s vote, lawmakers will on specific days have the ability to propose legislation ahead of the government which could in theory give lawmakers the power to pass laws binding the government into negotiating a different type of Brexit.

Mrs May however, has reiterated that she is focused on trying to muster support for the withdrawal agreement. She said a third vote on the deal is the only safe and swift route for a successful Brexit but conceded that if a vote was held, she would again be defeated.

“I continue to believe that the right path forward is for the United Kingdom to leave the EU as soon as possible with a deal.” the Prime Minister said.

Under the EU’s plan, if the House of Commons passes the deal, Britain will leave the EU on May 22. But if May’s agreement is once again rejected, the UK will get an unconditional Brexit delay until April 12 to bring new proposals for a way out. If that happens, and the UK agree to take part in the European Parliament election in May, the possibility would be open for a further extension of several months or a halt to Brexit altogether.

Attorney General of the United States, William Barr, has issued a letter to congregational leaders stating that Special Counsel Robert Mueller’s investigation on whether President Trump’s campaign conspired with Russia to influence the 2016 election, has yielded negative results.

The investigation which has hovered over Trump’s presidency like a dark cloud has resulted in criminal charges against some of the President’s closest associates.

The President, however, had vehemently denied the allegations, calling the probe a “witch-hunt.” Russia had also denied any form of election interference.

Barr said in the letter, “The Special Counsel’s investigation did not find that the Trump campaign or anyone associated with it conspired or coordinated with Russia in its efforts to influence the 2016 presidential election.”

He also stated that there was insufficient evidence to suggest that the President had in any way obstructed justice.

Following the release of the letter, Trump couldn’t have been more pleased as he promptly went on twitter claiming: “No collusion, No obstruction, Complete and Total EXONERATION.”

A reported 134 people including women and children were killed by armed men dressed as traditional hunters, during an attack on a village in Central Mali. The attack which was allegedly carried out by members of the Dogon ethnic group appeared to be the latest on the attack on the Fulani tribe which were largely predominant in the area.

Conflicts between the Dogon people and Fulani herders have been ongoing for a long time with the government failing to impose control over the situation.

However, following what is the deadliest of all previous attacks, Mali President Ibrahim Boubacar and the Council of Ministers issued a prompt dismissal of two generals: the Chief of Staff and Chief of Land . The government also went on to proscribe so-called self-defence group, Dan Na Ambassagou, which means Hunters who trust in God, on suspicions of having a hand in the attack, a claim the group denies.

A high court has adjourned the trial of Ibrahim El-Zakzaky, the leader of the Islamic Movement of Nigeria (IMN) and his wife, indefinitely. The Shi’ite leader who has been in custody since December 2015, is facing charges of culpable homicide, unlawful assembly and disruption of public peace, among others.

The judge adjourned the trial indefinitely following his appointment to serve as the judge in the presidential and national assembly elections petitions tribunal in Yobe state.

Femi Falana, Senior Advocate of Nigeria (SAN) and lead counsel to the defendants said his clients were in dire need of medical care having been denied any since they were detained in December 14, 2015. He stated that the adjournment came at a convenient time for his clients to receive the much needed medical attention.

On January 9, President Muhammadu Buhari inaugurated the advisory committee chaired by economist and financial expert, Mr Bismarck Rewane, reiterating his commitment to an upward review of the minimum wage.

He said the committee would recommend “modalities for the implementation of the new minimum wage in such a manner as to minimise its inflationary impact, as well as ensure that its introduction does not lead to job losses.”

The Presidential Technical Advisory Committee on the implementation of the National Minimum Wage, presented its report to President Buhari in Abuja on Monday.

The Most Rave-worthy Beauty Looks From The #TeddieMak Trad Wedding