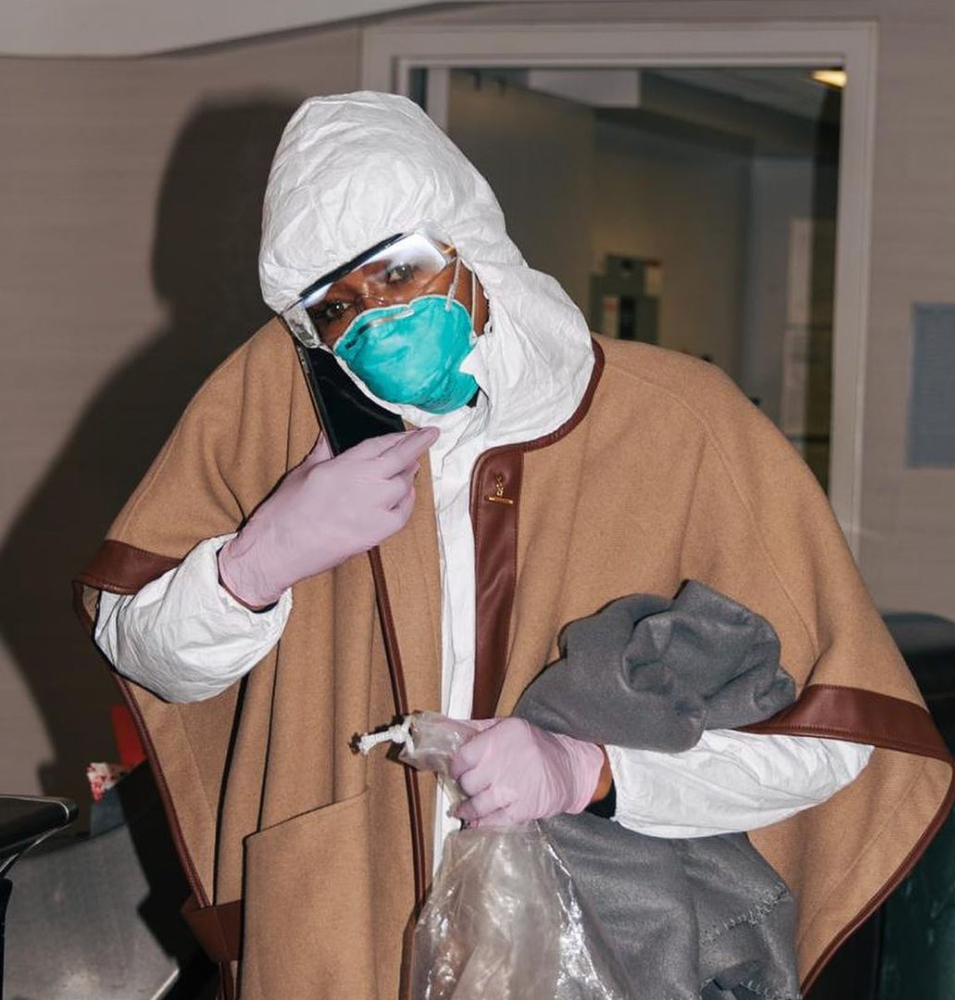 For the My Monday Morning series by WSJ. Magazine, Naomi Campbell tells WSJ. how she starts off her week. She also talks about her hazmat suits, filming her new show No Filter with famous friends, and the best advice she ever received.

If Naomi Campbell has a bad Monday, she finds that sleep is the key to getting her week back on track. “Sleep is the healer of everything,” she says. But like many people these days, Campbell, 50, hasn’t been getting enough of it. What does she do to combat her insomnia? “I have to watch something that’s none of my business, where I’m looking into someone else’s life,” says the supermodel. “I love my [Real] Housewives. I’m a big Andy Cohen [the television host who’s also an executive producer of the series] fan. I’m now really into Potomac.” She says she started watching the show on Cohen’s recommendation, after asking him for suggestions after she finished the Atlanta and Beverly Hills editions. Naomi Campbell Hazmat suits. 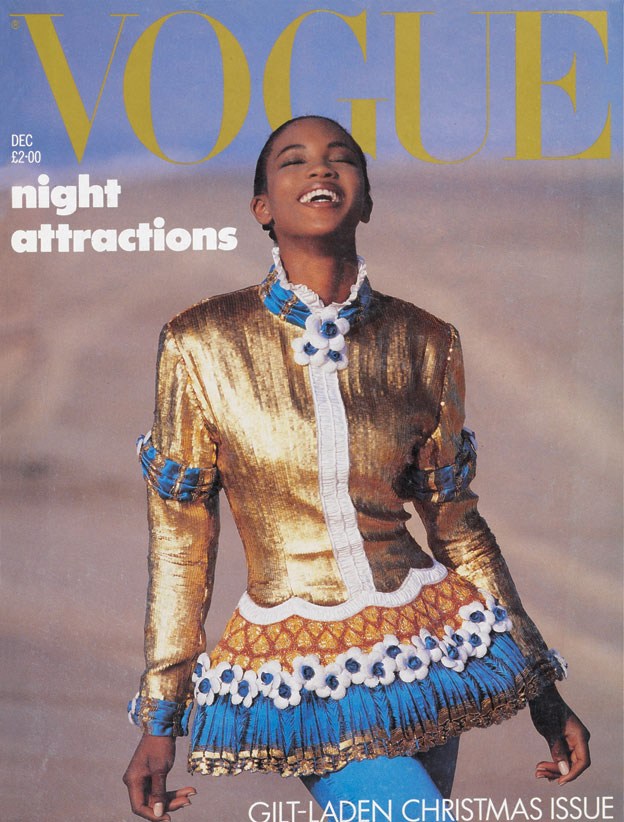 London-born Campbell, who began her career at 15, was one of the original “big five” supermodels in the 1990s, along with Christy Turlington, Cindy Crawford, Linda Evangelista, and Claudia Schiffer. (In fact, Campbell is participating in The Supermodels, an Apple TV+ documentary series that is currently filming.) As one of the pre-eminent models of the past few decades, she made history as the first Black model on the cover of Vogue Paris in 1988. The following year, she was the first Black model to cover American Vogue’s prestigious September issue.

In 2005, she founded the charity Fashion for Relief, which raises aid money for disasters like Hurricane Katrina, the 2010 earthquake in Haiti, and currently, the coronavirus pandemic. Campbell has her own YouTube channel, called Being Naomi, and in April she launched the No Filter With Naomi series, in which she interviews friends like Mariah Carey and Cameron Diaz. And she hasn’t stopped modeling. She booked her first Calvin Klein campaign last year, and she made yet another appearance as Vogue’s cover star on the magazine’s November issue.

Here, she speaks to WSJ. about spending time in Nigeria; her minimalist breakfast and her maximalist vitamin routine; as well as how her grandmother, who died in September, has stayed with her. Naomi Campbell Hazmat suits.

Naomi Campbell on the first thing she does on Mondays: 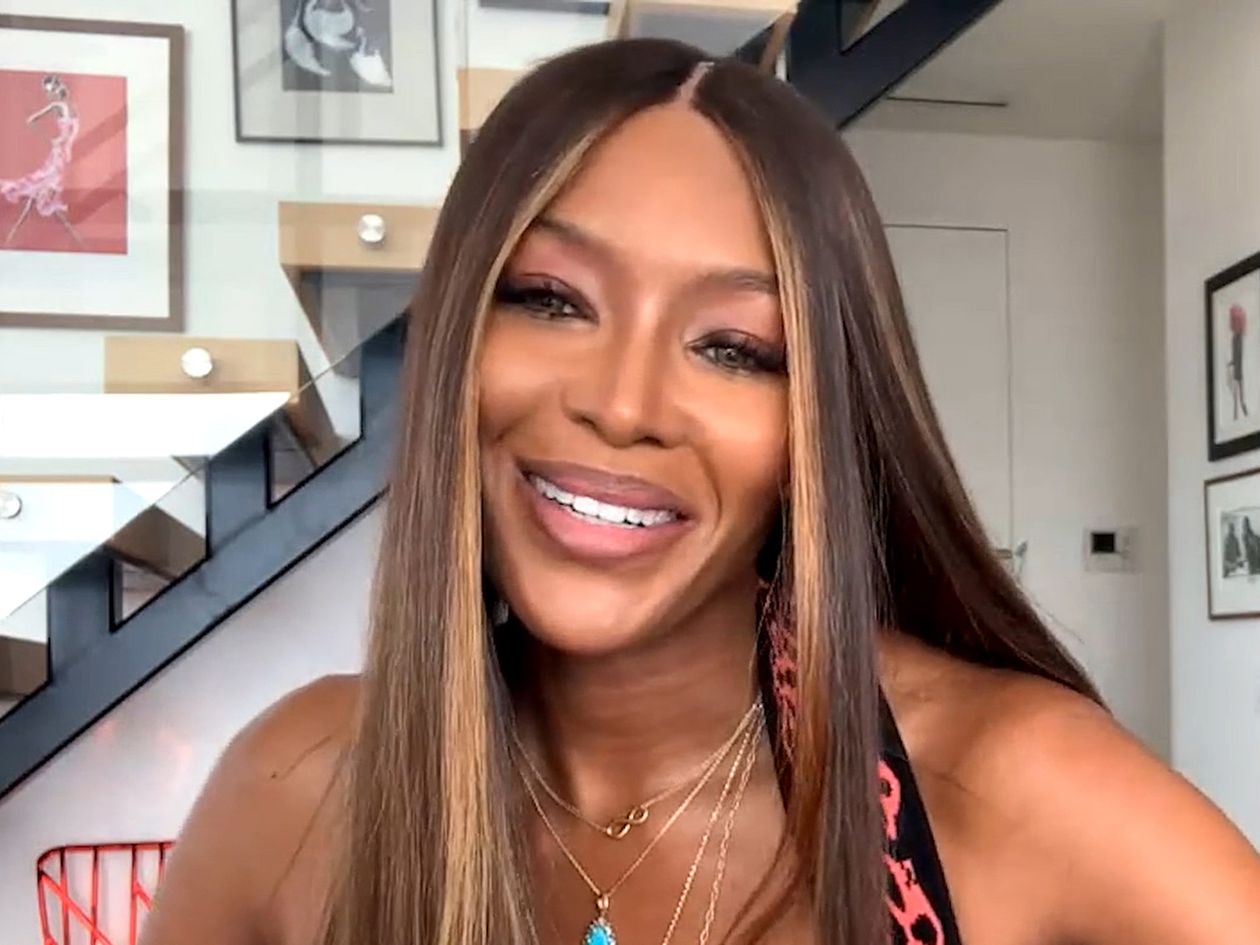 I always try to be easy on myself on Mondays. Mondays can be hard. But the first thing I do when I get up is to get on my knees and pray. And then I take [out] my phone and start my day.

Campbell on her breakfast:

Breakfast? [Laughs] The first thing I put in my system is warm water with lemon juice, and then I have a celery juice with some of my [supplement] powders. Then I could have maybe two boiled eggs, but that’s about it as breakfast goes. Breakfast is not big for me. Breakfast is only big when I’m on vacation, then I’ll do breakfast. Me at home, I don’t really do breakfast.

In another Journal interview, you said you eat only once a day.

When I’m working, I feel like the food can slow me down, so I want to eat when I can enjoy it. Food is something to enjoy.

Campbell on her extensive vitamin routine and taking anything to stave off COVID-19 specifically:

If I had that remedy, wouldn’t I be lucky? All I’m doing is adding a few more things to enhance my immune system and keep it strong. I spoke to a lovely doctor, Dr. Seema Yasmin, a couple of weeks ago. I’m taking my elderberry, I’m taking my colloidal silver. I’m taking my oregano oil and my flaxseed oil and 50,000 IUs of vitamin D that I take once a week. What else do I take? Hair and nail pills. I take vitamin C, the liquid. Ruthenium, iron. Also, I believe in homeopathy. I take essential oils to ward off regular colds, anything to keep my immune system balanced. If I was to get ill… then I’d be able to bounce back fast. Naomi Campbell Hazmat suits.

Campbell on being a pre-COVID cleanliness pioneer, and that the hazmat suit she famously wore in March is going in a museum:

It’s going into the Fashion Museum Bath [in England]. I was surprised. I was like, Really? Why would they want that? But that’s what they want.

Naomi Campbell on whether she has one hazmat suit or many:

Oh, no. When I bought them—Linda Evangelista was very insightful and also said [to] get them—I bought them in bulk and I bought them on subscription, so they keep coming. There was one point when my subscription hadn’t come because they’d run out, and I panicked, even though I wasn’t going anywhere. It was funny because when I first wore one people were like, She should give that to the hospital. Why’s she stealing? They were acting like I was stealing supplies from the hospital, like sneaking in Manhattan and going to the hospitals and stealing their supply. That’s how it felt when I was reading it. So I started answering back, saying, “I got it on Amazon! I got it on Amazon!” I bought it fair and square on the internet.

Campbell on launching No Filter: 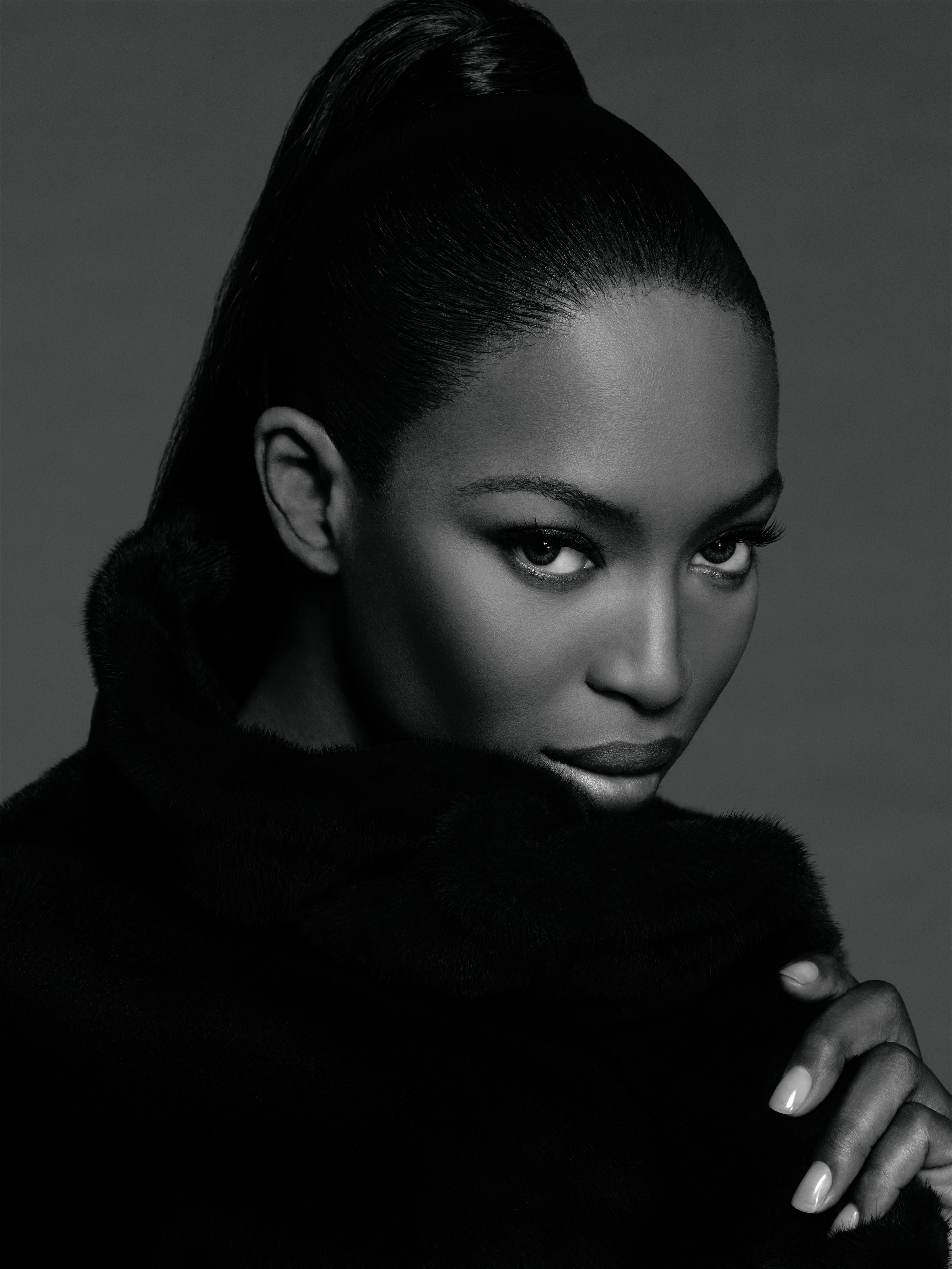 My house in New York has a lot of light, so I just put my iPad on a stack of books and sat at my dining table and wanted to know: What is everyone else doing at this time? That’s really what it was, and is still today, to me. Let’s talk to some of my friends and see what they’re doing and be nosy.

They’re filming me right now as we speak. I keep thinking the whole time we’re doing this: I’m limited in my travel now, and will they be able to keep up with me? But [director] Barbara Kopple is a very strong woman and very amazing at what she does and she’s keeping up with me. And when she said they were going to come to Africa, I was very happy, because I want them to see and understand what it is that I love and to see the same thing and to love it too. I’m happy that they’re here with me now.

Naomi Campbell on the one piece of advice you’ve gotten that’s guided her: 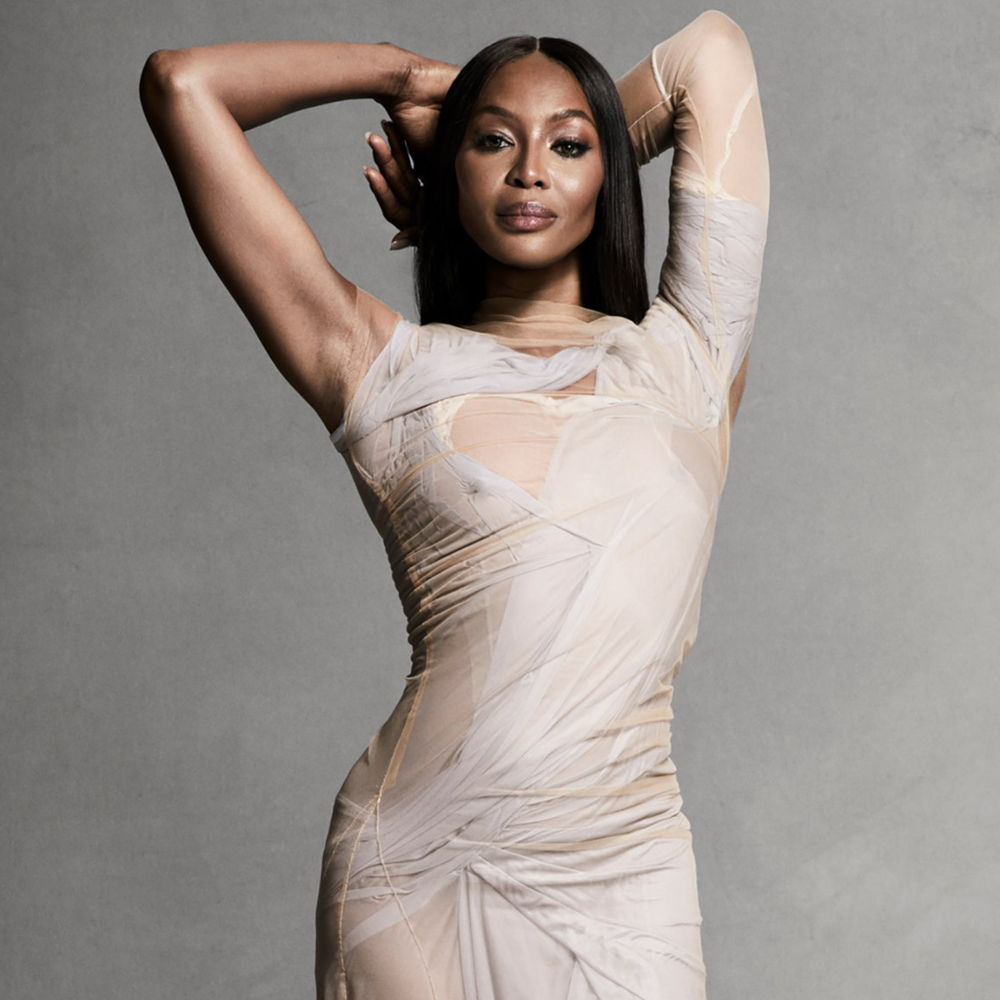 I feel like everything my grandmother ever instilled in me growing up when I used to moan and groan, in terms of hygiene and taking care of yourself. Just knowing that one day you’re on your own in the world and you’ve got to take care of yourself. I feel like everything my grandmother ever said to me just came flooding back [during the pandemic] and has been so present in my life. It was strange for her to be so present in my life and also to lose her [in September] at the same time. I’m grateful for all the things I’ve learned from [her]: how to cook, how to clean, not to rely on anybody, just to rely on yourself. Naomi Campbell Hazmat suits.

VIDEO: No Filter with Naomi

The Best Beauty Looks Came With Some Sunshine