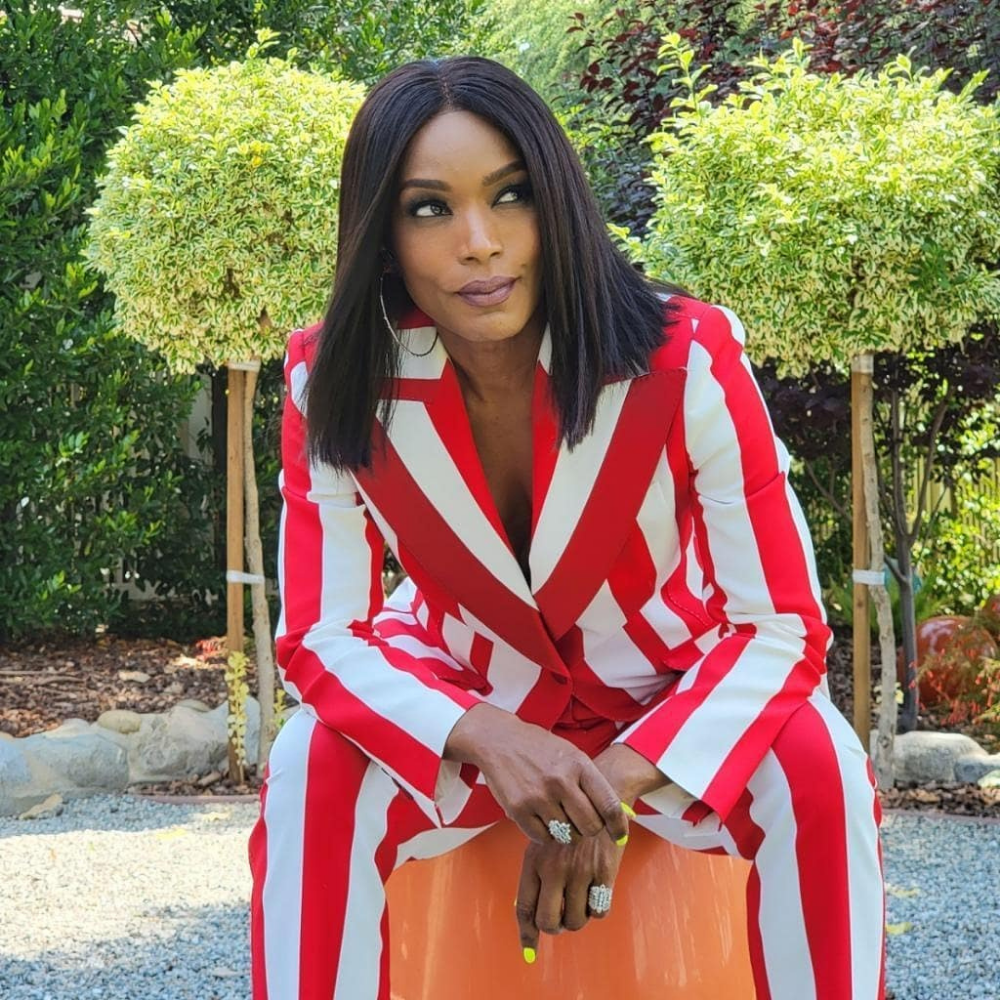 Angela Bassett is an award-winning American actress, director, producer, and activist who was born and raised in New York and Florida. She earned her B.A. degree in African-American studies at the Yale University and later earned an M.F.A. degree from the Yale School of Drama. It was on the boards of Broadway and television sets that she began her career. Between 1985 and 1990, she was very present in numerous TV series and films.

The talented 62 year old began as a receptionist for a beauty salon and later, a photo researcher, however, she still nursed dreams of acting. As a result of this, she began to earnestly seek for acting work in the New York theater. By 1985, she made her first theatrical performance when she appeared in J. E. Franklin’s Black Girl at Second Stage Theatre. Bassett also debuted on the small screen with the TV series Doubletake in the same year. In 1986, she made her film debut as a news reporter in F / X. Movies with Angela Bassett.

Determined by now to cultivate her dream, the actress moved to Los Angeles in 1988 in search of higher-level engagements. She began with minor roles like that of a stewardess in Kindergarten Cop alongside Arnold Schwarzenegger, and secondary roles like in Boyz in the Hood. Then, in 1992, she played the character of Betty Shabazz in Malcolm X, a movie that won her an Image Award for Best Supporting Actress.

Subsequently, she participated in John Singleton’s Law of the Street and collaborated twice with director John Sayles with City of Hope in 1991 and Passion Fish in 1992. After which she featured in many supporting roles until her breakthrough movie where she played Tina Turner in Brian Gibson’s biographical musical drama, What’s Love Got to Do with It. This role brought her some notoriety and allowed her to land an Oscar nomination for Best Actress and win the Golden Globe for Best Actress for a Musical or Comedy, thus becoming the first black woman to obtain this award.

She went on to work with Wes Craven who gave her one of the two central roles in the fantasy comedy, A Vampire in Brooklyn. She also landed the female lead role of Strange Days, produced in 1995 by James Cameron and directed by Kathryn Bigelow. On television, she played the characters of significant women in the American black community: from Katherine Jackson to Martin Luther King’s wife and Rosa Parks. In the cinema, she portrayed Malcolm X’s wife, Betty Shabazz twice. Firstly in Spike Lee’s film Malcolm X in 1992 and Panther in 1995.

In 2011, she made an appearance in Green Lantern by Martin Campbell. By 2013, she joined star actors Gerard Butler, Morgan Freeman, and Aaron Eckhart in the cast of the action film, Olympus Has Fallen. In May 2014, it was announced that Angela Bassett would make her directorial movie debut with Whitney, a TV film based on the life of Whitney Houston, whom Bassett had previously worked with. February 2018 saw Angela Bassett starring in the acclaimed Marvel superhero film Black Panther as Queen Ramonda, mother of the titular character.

In April 2019, she joined the cast of Gunpowder Milkshake, an upcoming American action thriller film directed by Navot Papushado, from a screenplay by Papushado and Ehud Lavski. The movie is scheduled to be digitally released by Netflix in the United States on July 14, 2021, and theatrically released internationally by STXfilms and StudioCanal, beginning on July 15, 2021.

Here are 5 movies with Angela Bassett we absolutely love…

#5. How Stella Got Her Groove Back