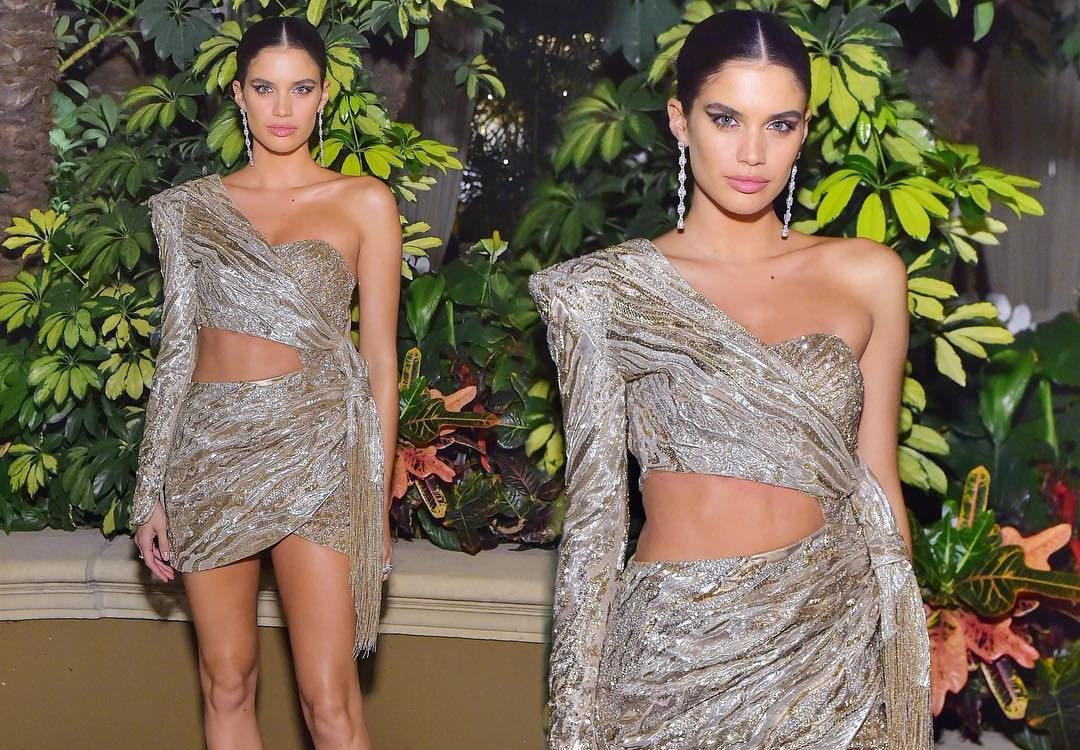 5 Hot Nigerian Songs You Should Listen To Again Before 2019

Portuguese supermodel Sara Pinto Sampaio is best known for being a Victoria Secret Angel. Discovered at the age of 15, Sara Pinto had to wait one full year before she was allowed to compete at modelling competitions.

Her first win was for a hair modelling competition in 2007 called Cabelos Pantene in her home country. After this win, she was able to go commercial as she signed her first contract with an agency but her parents made sure she finished high school first. Sara went on to study Editing as a part-time student at the University of Lisbon before embarking on a full-time modelling career. Many models dream of becoming a Victoria Secret Angel so it’s no surprise that this was also Sara’s dream. While she continued to pursue international runways, her agency sent her headshots to the Victoria Secret headquarters and she was asked to come in for an audition. She nailed the audition and made her Victoria Secret fashion show debut in 2013 where she walked in one segment. In 2014, however, she walked in two segments and then in 2015 she was chosen as part of the newest angels. Talk about a dream come true.

Before achieving her dream of becoming a VS model, Sara had to put in the groundwork. Her profile as a model is filled with appearances, campaigns, awards and walks for many of the biggest brands in the world. She also made an appearance in the 2014 Sports Illustrated Swimsuit Issue where she was declared Rookie of the Year and set the record as the first Portuguese supermodel to earn that title. Currently, she’s one of the faces of Giorgio Armani fragrance, Sì Passione.

The 27-year-old has achieved a lot in her short life and she’s doing it all while serving so much glamour on and off-duty.

Here are some of our favourite looks of Sara Sampaio… 5 Hot Nigerian Songs You Should Listen To Again Before 2019

We Are Obsessing Over VS Angel ELSA HOSK’s Street Style