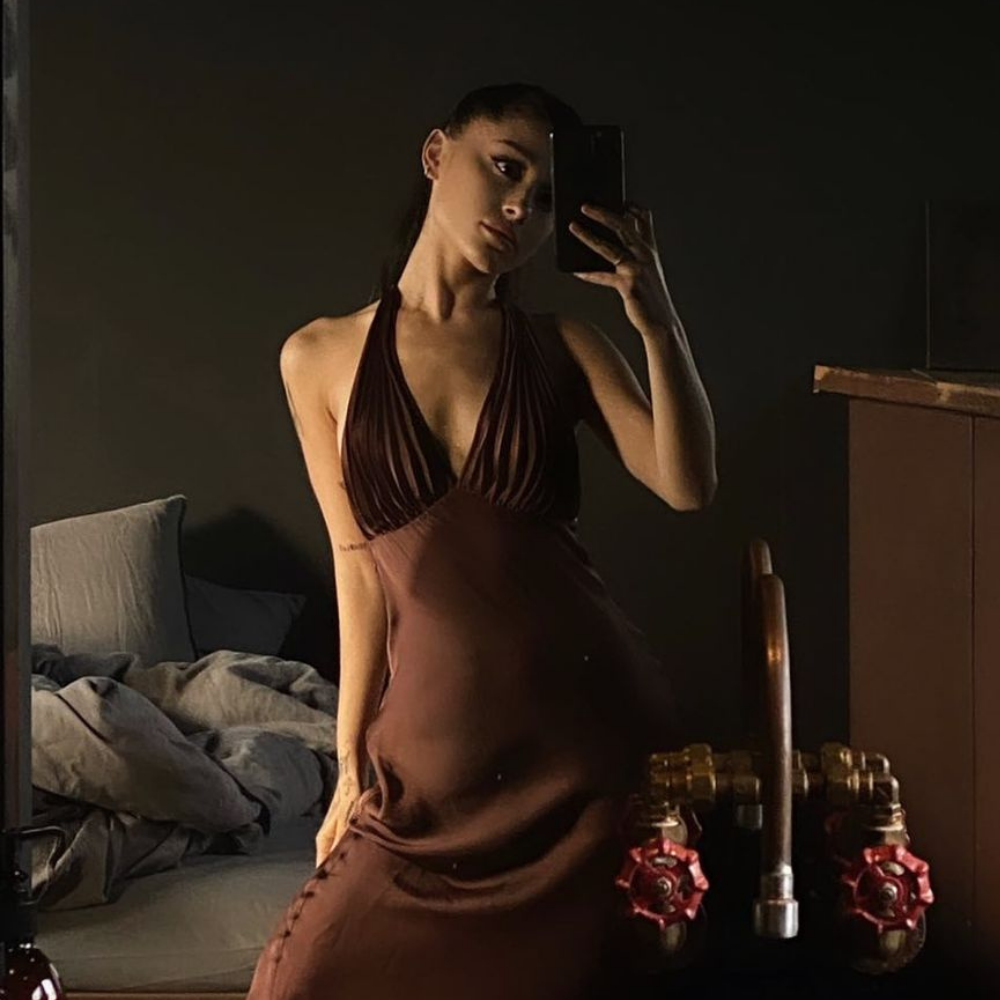 Ariana Grande-Butera, popularly known as Ariana Grande, has been in the entertainment industry much longer than many realize. The 28-year-old started off her career at just 15, in the 2008 Broadway musical 13.

Grande, who recently featured The Weeknd on a track titled “Off The Table,” was born in Florida to Joan Grande, the Brooklyn-born CEO of Hose-McCann Communications, a manufacturer of communications and safety equipment. Her father, Edward Butera is the founder of a graphic design firm in Boca Raton, Florida. Ariana Grande is of Italian descent, and refers to herself as an Italian-American of “half Sicilian and half Abbruzzesi” descent.

Before her career in the entertainment industry kicked off, the actress and singer had performed as a child with the Fort Lauderdale Children’s Theater. There, she played her first role as the title character in the theater’s version of the musical, Annie. She also performed in their musical renditions of The Wizard of Oz as well as Beauty and the Beast.

By the time she turned 13, she became serious about pursuing a career in music, although she still concentrated on theater. In 2009, she was cast in the Nickelodeon TV series, Victorious as Cat Valentine. The show which premiered in March 2010 to the second-largest audience for a live-action series in Nickelodeon–with 5.7 million viewers–propelled Ariana to teen idol status. This status didn’t deter her from music because, for her, acting had always been fun, but music was first and foremost.

Following the end of her engagement to Pete Davidson in October 2018, not much was heard about her love life until she began dating real estate agent Dalton Gomez in January 2020. While they mostly kept their relationship private, the couple eventually made things official to the public during her “Stuck With U” music video, her charity single with Justin Bieber.

In May 2011, she appeared in Greyson Chance’s music video as his ex-girlfriend for the song Unfriend You, from his album Hold On ’til the Night. While filming Victorious, Ariana Grande made several recordings of herself singing covers of songs by Adele, Whitney Houston, and Mariah Carey which she uploaded on YouTube. Impressed by her vocals, chief executive officer (CEO) of Republic Records, Monte Lipman, signed her to a recording contract. By December 2011, Ariana released her first single, Put Your Hearts Up, which she later disowned for its bubblegum pop sound as she had no interest in recording music of that genre. The song was later certified Gold by the Recording Industry Association of America (RIAA).

By staying true to her music, Ariana Grande has broken numerous Hot 100 records and has all five of her full-length albums certified platinum by the RIAA. In 2014, she was named Billboard Women in Music’s Rising Star and Woman of the Year in 2018. 2016 and 2019 saw her named one of Time’s 100 most influential people in the world. In 2017, Celia Almeida wrote an article for Miami New Times in which she communicated that of all the biggest pop stars of the past 20 years, Grande has made the most convincing transition “from ingénue into an independent female artist”.

Not only has Ariana blessed the world with her singing and acting talent, but she has also been involved in numerous philanthropic works beginning at the age of 10. At 10, she co-founded the South Florida’s youth singing group, Kids Who Care, which performed at charitable fund-raising events and raised over $500,000 in 2007 alone. By 2009, as a member of the charitable organization Broadway in South Africa, Grande and her brother Frankie Grande performed and taught music and dance to children in Gugulethu, South Africa.

In 2020, the Dangerous Woman singer announced that all net proceeds from her collaboration with singer Justin Bieber, Stuck With U, would be donated to the First Responders Children’s Foundation to fund grants and scholarships for children of frontline workers who are working during the global pandemic.

When it comes to her style, just like her music, Ariana Grande’s has evolved over the years but her signature look, the oversized sweatshirt with boots remains an absolutely fave. No matter what she rocks, Ariana ensure that her outfits suit her petite frame. She is one to opt for fun, feminine, and flirty pieces that do her figure justice. Grande is fearless when it comes to fashion as she is never afraid to show off her body in both crop tops and bralettes. From co-ord to leather pieces, oversized jumpers, knee-high boots, and more, Ariana Grande’s effortless style is definitely worth a steal!

Listen to Ariana Grande and The Weeknd’s “Off The Table”