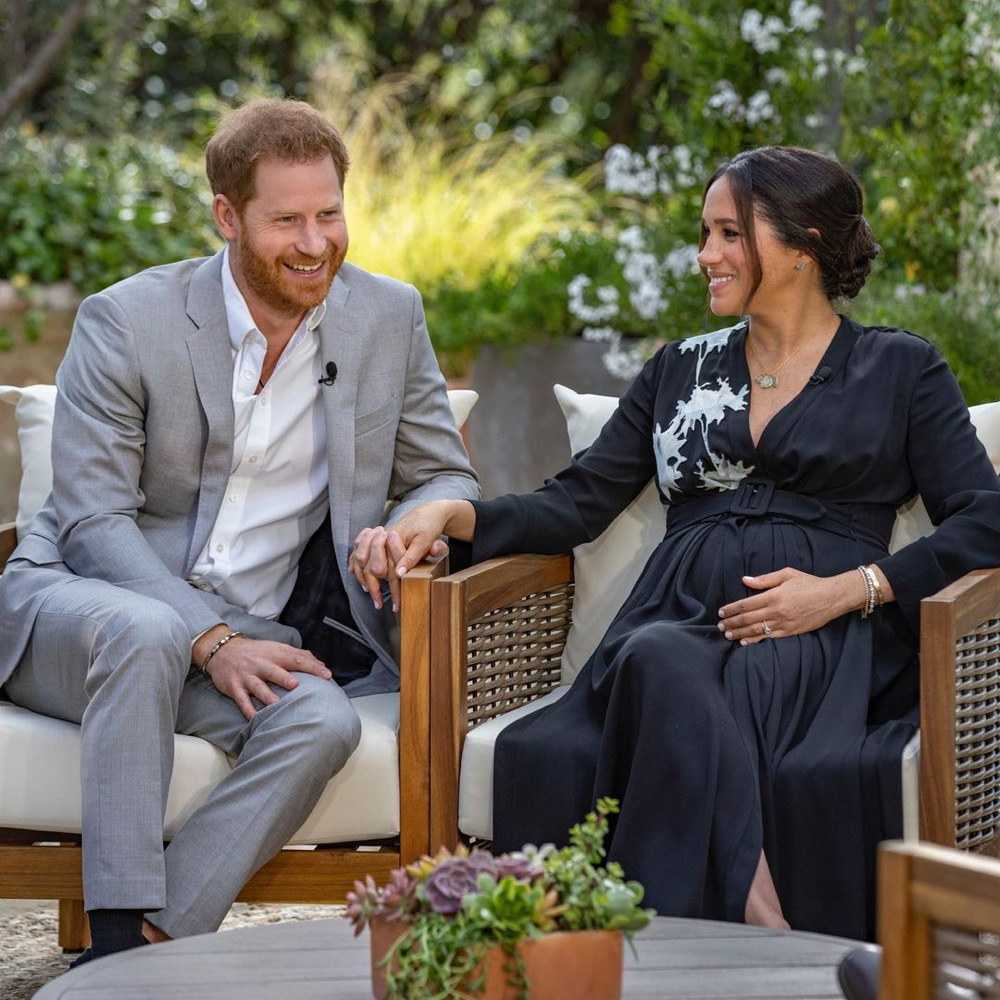 Celebrities react after Meghan Markle and Prince Harry’s tell-all interview, Adebola Williams and Kenny Daniels are married, Salah called up for AFCON. Stay in the know with our Rave News Digest which summarizes five of the hottest global news you need to catch up on, saving you time and energy. Consider it your daily news fix.

Stars are expressing their support for Meghan Markle amid her tell-all interview with Oprah Winfrey. Meghan and her husband, Prince Harry, opened up about their departure from the royal family and much more on “Oprah With Meghan and Harry: A CBS Primetime Special” on Sunday.

During the interview, Meghan Markle and Harry opened up about losing a lot because of “the firm,” the behind-the-scenes drama of their royal exit, questions regarding their son’s skin color, the sex of their forthcoming second child, and where their relationships stand now that they’ve left royal life behind.

After the bombshell interview, celebrities like Serena Williams, Leslie Jordan, Bernice King, Jada Pinkett-Smith, and many more reacted to the unfairness perpetuated by the Royal family and showed their support to Meghan Markle and Harry.

Last weekend was a celebratory one for the Williams and Daniels families as Red Media co-founder Adebola Williams married his fianceé, Kenny Daniels, daughter of former Ogun state governor Gbenga Daniels, in a court ceremony in Lagos. The couple got engaged in November 2020 and had their introduction ceremony the following month.

Taking to Instagram to announce his marriage, Adebola Williams wrote: “My dearest Family and Friends. Today I signed the dotted lines with my lover and friend, Kehinde Daniel now Kehinde WILLIAMS in our REGISTRY CEREMONY. It’s the first official step and “Pt2 event” towards our forever journey #OluwaKade #KDLagos2021 and though we would have loved to be celebrating the full Nigerian wedding ceremony and church blessing as well with family and friends today, alas COVID. We have decided to WAIT it out till the THIRD QUARTER of the year as we both come from families that have enjoyed incredible human support and they would love to share such a precious milestone with us.”

Congratulations are in order as radio and television presenter Thando Thabethe has been announced as the official host of the 947 afternoon drive time show, “947 Drive with Thando,” weekdays between 3 pm and 7 pm. She joins the 947 family alongside her energetic and fearless co-host, Alex Caige.

On Monday morning, the actor made the announcement on Twitter with a candid video of herself chatting with her new co-host. “It’s HAPPENING!!! So glad to finally announce that I’m officially driving you home Joburg #947DriveWithThando,” Thabethe revealed.

President Nana Addo Dankwa Akufo-Addo has sworn in the first batch of 28 ministers of his second term, with a charge on them to provide leadership that will spur the progress of the nation and help raise the living standards of the people.

After administering the Oaths of Allegiance, Office and Secrecy to the 28 ministers, the President urged them to deliver on their mandate because “that is why we are here and that is why the Ghanaian people voted for us.” The President swore them in and presented to each of them an Instrument of Office, scrolled and draped in the national red, gold and green colors. Each of them signed the oath book, which was sealed off with the signature of the President at the bottom.

Mohamed Salah is the key name among six foreign-based players called up by the Egypt national team for this month’s Africa Cup of Nations qualifiers, irrespective of  concerns about players traveling for international football amid the ongoing coronavirus pandemic. The Liverpool striker is the headline pick of the group selected by coach Hossam El Badry for games against Kenya and Comoros on March 25 and March 29 respectively. Egypt’s looking to pull clear at the top of Group G, level on points with the latter at the summit ahead of next year’s rearranged 2021 tournament in Cameroon.