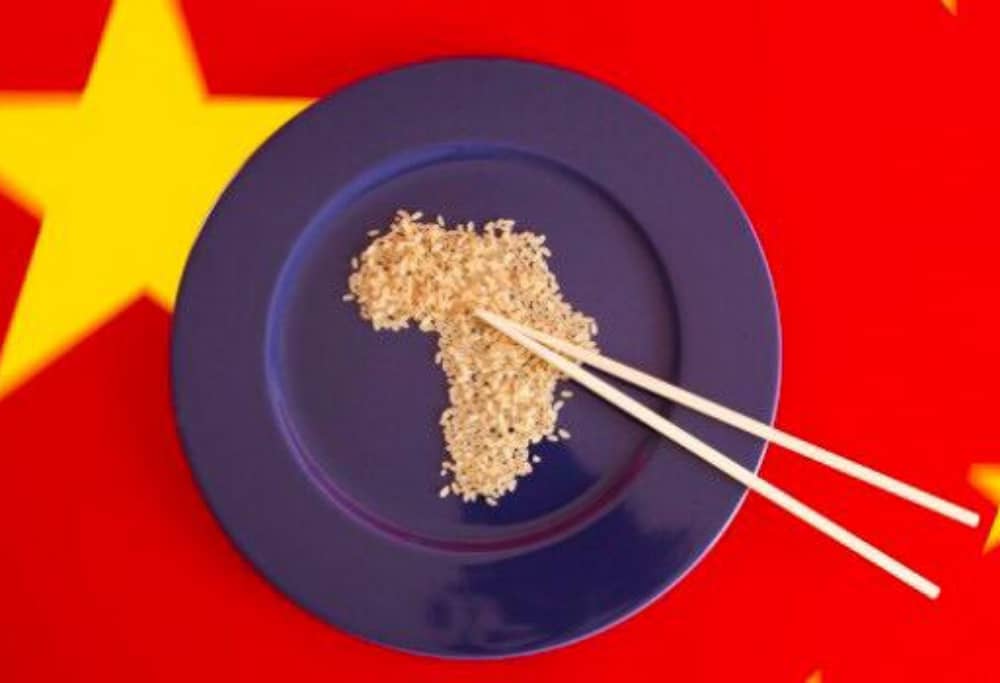 Osakuade Ifeoluwa is a finance and investment expert, who recently…

The International Monetary Fund (IMF) has recently warned that Africa is heading towards a new debt crisis. The World Bank has also classified 18 African countries as having “high risk of debt distress” where debt-to-GDP ratio surpasses 50% – these debt finance were majorly sourced from the largest single creditor nation, China. Therefore, it is crucial to evaluate the impact of Chinese investments in Africa so as to understand the major potential causes of the possible debt crisis.

Since early 2000, the presence of China has been more significant in Africa than in other continents. China’s engagement with Africa has grown in many aspects such as trade, investments and aid. During the last three decades, China has moved from being an isolated country separated from the international community to become one of the world’s major powers. Therefore, it is vital to understand what is guiding the Chinese’s foreign policy when it comes to international investments.

What’s in it for China?

The Chinese foreign policy is guided by both self-superiority and self-inferiority dualism. China has the mentality of being superior; being the “Middle Kingdom” with the natural right of ruling the world. At the same time, China feels very insecure and weak, and under pressure from threats from within as well as from the outside. China has sought to regain the respect and dignity of being a great nation that was lost after what the Chinese perceive as a “century of humiliation” when external powers dominated the region. But the key turning point for China came in 2008 when the “global” financial crisis severely affected the United States and Europe at a time of Chinese economic success; this gave China the confidence to pursue a more active stance in Africa and on the Global stage.

According to UNCTAD Bilateral FDI Statistic (2014) from 2003 to 2011, the flow of Chinese investment to Africa grew by more than 30 times. This increase, however, produced two effects (positive and negative) on the African continent. Several economists like Pfefferman, Madarassy, Blomstrom and Wang maintain that Chinese investments in Africa have brought more harm than good to the economy. Some have gone as far as claiming that the Chinese are predators of African natural resources and most researchers remain very cautious when it comes to listing the positive effects of these investments.

Impact of Chinese Investments in Africa

Agreed, Chinese investments are setting African nations on the road to achieving economic development. This is because they enable African countries to grow in terms of industrialization, modernization and continued economic growth. However, among other negatives, this also has an adverse impact on indigenous companies, which is why it is important to evaluate both the positive and negative impact of Chinese investments in Africa.

These achievements are giving African countries a new status of modernity and improvement of basic infrastructure lacked in the past. It should also be noted that in December 2011, China made a donation to Africa by building the new headquarters of the African Union (AU), located at Addis Ababa in Ethiopia, which reportedly cost more than 200 million USD.

In terms of social and economic development, it can be said that Chinese investments have brought decent results. The increase in Chinese investments in Africa has resulted in competition between Chinese investors and traditional investors (i.e. Europe and America) and the local population have benefited from it. However, these benefits have also come with some drawbacks as further discussed below.

A reduction in African production

In the economic sector, we can say that the increase in Chinese investment in Africa has negatively affected local companies and I’ll explain. Many Africans have denounced the poor quality of Chinese imports, whereas their low prices have caused the collapse of local industries who can’t compete, price-wise. Furthermore, the competition in this sector caused the slow down of the inter-African trade because countries such as Nigeria, South Africa, Cameroon, Kenya and Madagascar lose market shares in nearby countries due to the massive penetration of Chinese products on the continent.

Generally speaking, in the sectors where China and Africa are in competition, increase in Chinese imports lead to a reduction in African production.

The environment suffers too

Socially, the impact of Chinese investments in Africa is a serious problem. As a matter of fact, the social rights of African workers hired by Chinese enterprises are constantly violated (underpaid, non-compliance with labour standards, non-recognition of trade unions, etc.), and Chinese companies do not take much social responsibility as their western counterpart do.

Concerning the protection of the environment, Chinese investments are also a problem. Environmental standards are not really respected by Chinese companies because they give more importance to the quest of raw materials and the implementation of infrastructure projects (roads, bridges, railways, dams, etc.) than to environmental concerns. Do I need to go into how human health is impacted by environmental issues?

On September 4, 2018, President Xi Jinping announced that China will be providing $60 billion in financial support to Africa, the same amount of financial support was also disbursed to Africa in 2015. As much as Xi defended the financial support to be non-political and having nothing to do with neocolonialism, we must re-evaluate how some African countries have fared over time in terms of utilisation of the debt raised and the sustainability of their loan repayments. Research has shown that many of the Chinese loans obtained by African leaders are not properly invested in the purposed developmental projects due to mismanagement and gross corruption, which results in the inability to meet the financial obligations and repayment terms.

According to the Overseas Development Institute, “almost 40% of sub-Saharan African countries are in danger of slipping into a major debt crisis.” Nigeria has an estimated debt of US$4.8billion owed to China and has accepted the Chinese yuan as a reserve currency. Angola is the most indebted African country to China. It has an estimated debt of over US$25billion as at 2018, yet still seeks to raise another US$1billion from the World Bank in 2019. Most of the profits of Angolan oil is going towards the repayment of Chinese debts, despite Angola being the second largest producer of oil in Africa.

Ethiopia has an estimated debt US$13.5billion and the debt level had slowed down Chinese infrastructural development projects in the country due to repayment issues. Zambia also is increasingly getting mired in the tentacles of Chinese debt. The country has an estimated debt of US$6billion and China is taking Zambian firms as part of their repayment plans with reports that ZESCO, the Zambian national power utility, was taken over by China.  Even ZNBC, the country’s national broadcaster has been taken over by China and we can go on and on to mention several take-ups over of national assets by China.

Any hope for the African dream?

To achieve the African dream, African leaders should consider prioritising better financial structuring and eliminate corruption. If African countries can block all leakages, we could generate enough money to finance a substantial part of the many development problems we face. More so, the excessive expectation on governments to provide jobs, infrastructure, education and other needs is a driving force for loan procurement. It is evident that governments cannot provide all that is required to make an economy flourish. In fact, the more it consumes itself in this belief, the greater the problems it creates for the economy.

It is advisable that African governments to enforce legislation that will encourage the private sector to take responsibility for some of the developmental projects. In conclusion, it is my belief that Africapitalism will be instrumental in solving Africa’s major challenges.

Osakuade Ifeoluwa is a finance and investment expert, who recently concluded a Masters degree in International Banking and Finance from the UK. His overriding philosophy is termed Africapitalism, an economic philosophy that embodies the private sector's commitment to the economic transformation of Africa through long-term investments that create both economic prosperity and social wealth. He is a philanthropist who believes every child should have the right to quality education no matter their socio-economic status. Within the last 12 months, Ife's foundation has been able to sponsor and enroll 123 less privileged children to school. At Style Rave, we aim to inspire our readers by providing engaging content to not just entertain but to inform and empower you as you ASPIRE to become more stylish, live smarter and be healthier. Follow us on Instagram @StyleRave_ ♥

Will Africa Fly or Fail? The Decisive Role of AfriCapitalism