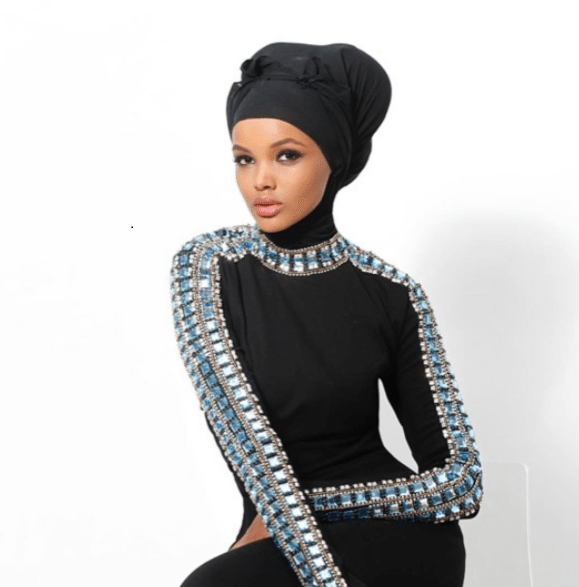 When Last Did You Clean Your Makeup Brushes? | SR Beauty

Hijab-wearing Muslim Somali-American model, Halima Aden just got signed by IMG models a few days ago. According to Business of Fashion (BOF), this makes Halima the agency’s first Hijab-wearing model.

IMG is an international model management agency with a diverse portfolio of super models such as Kate Moss, Alek Wek, Joan Smalls, Karlie Kloss, Gigi Hadid and plus size model and body positivity activist, Ashley Graham under it’s belt. The agency who has been around for two decades has offices in 5 major fashion capitals of the world: New York, London, Milan, Paris and Sydney.

Aden first made headlines in the US at last month’s Miss Minnesota pageant when she wore a hijab and a burkini during the swimsuit segment of the pageant. Contrary to what you would expect, IMG wasn’t the only big name who took note, Kanye did too! The model made her fashion week debut at Yeezy Season 5 last week Wednesday and shot CR Fashion Book with Mario Sorrenti.

The 19-year-old told BoF. “I didn’t have modelling in mind. I wanted to spread a positive message about beauty and diversity, and to show other young Muslim women that there is room for them.”

Though Halima Aden isn’t the first Muslim model that IMG represents, she is the first that is committed to wearing a hijab. According to reports, Ivan Bart, president of IMG Models, told BoF. “By representing Halima, I would hope that the next 10-year-old girl wearing her hijab right now will feel included in the experience of fashion, and know that she could do that too. We need to reflect in fashion who we are, as a human race.”

When Last Did You Clean Your Makeup Brushes? | SR Beauty

Ashley Graham Opens Up On Her Career, Motherhood, Inclusion And Ultimate Goal

Joan Smalls Talks To WSJ. On DonateMyWage, How Fashion Has Changed, BLM + More