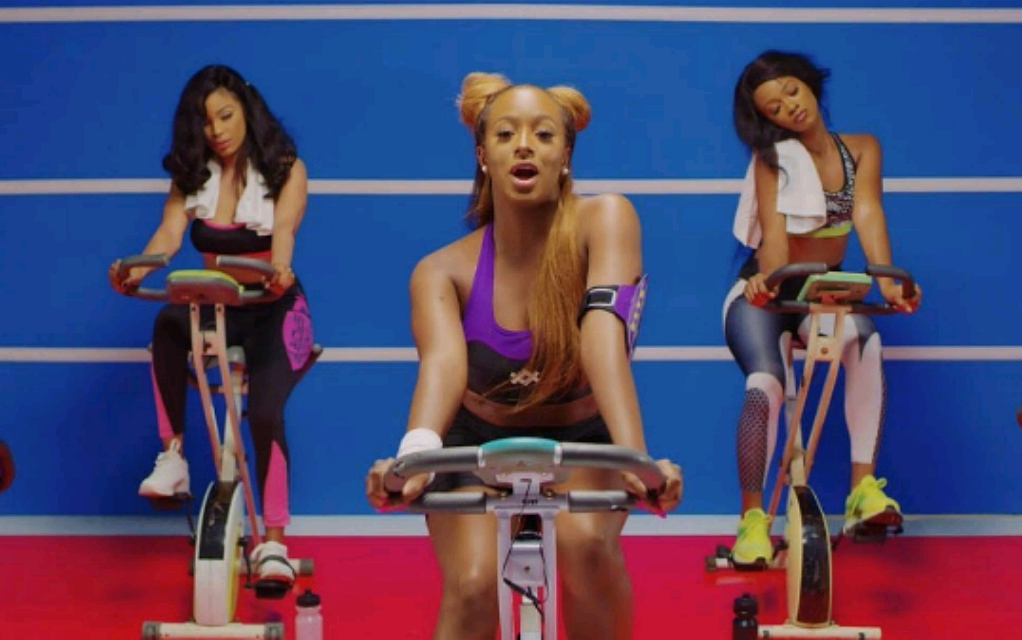 lorence Ifeoluwa Otedola, popularly and professionally known as DJ Cuppy, has certainly keyed her interest in becoming a mainstream music star. With songs like Green Light, Currency and Vybe, featuring artistes like Tekno, LAX and Sarkodie, her foray into the music industry has been quite successful so far. She has managed to build quite a loyal fanbase all of whom are willing to scream #CuppyThisTune whenever her music hits the floor. Her most recent release, Werk, is a spin on the afro-pop genre, and already feels like a potential hit in the club scene. The fun, upbeat sound is a collaboration between DJ Cuppy and afrobeat artist, Skuki.

The video of Werk is noticeably colourful and visually stimulating. It definitely stands out from a lot of Nigerian music videos.

On first look, Werk seem to have been inspired, at least in parts, by American rapper Nicki Minaj. Fans of both artistes noted some similarities between the video of Werk and certain scenes from Nicki’s videos, like Side To Side and Anaconda.

However, sonically and lyrically, it bears no noticeable resemblance to Nicki’s work. Werk is more of an interesting mix of pop, Afrobeat and rap, with funny, cute and punchy lines accompanying the visuals.

Perhaps it is better listened to with the volume all the way to its max, to distract from the fact that it lacks the storyline of songs like Falz’s Sweet Boy or the sultry vocals of Mariah’s GTFO or the cultural references of The Carter’s Apeshit and in certain ways, seems overly simplistic. But with a second thought, its simplistic nature could be the exact reason it will go ahead to be the perfect club banger!