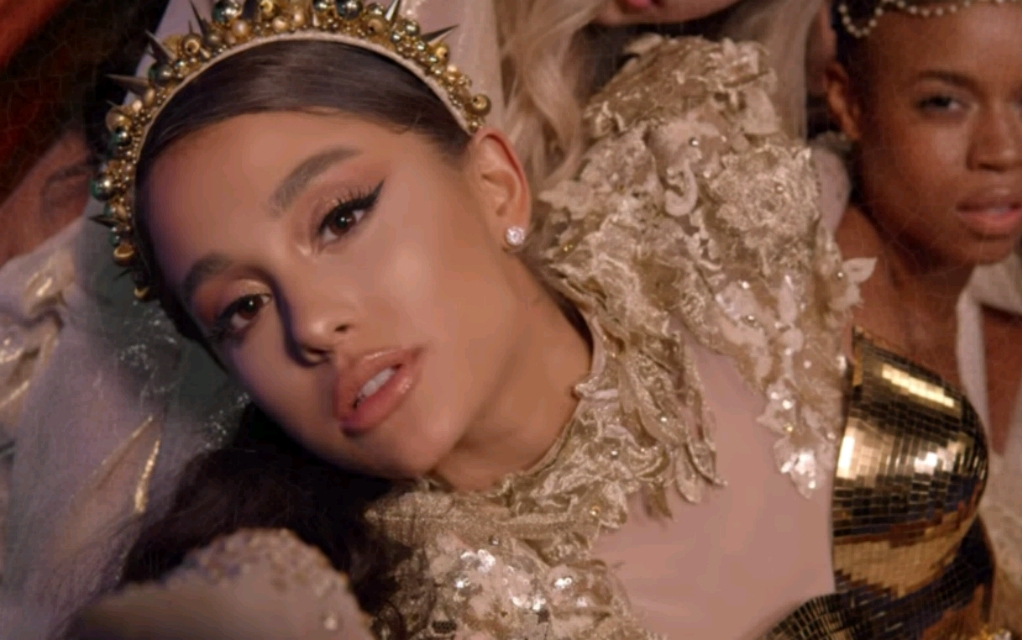 onsidered one of the biggest artistes and one of the top pop princesses of our time, Ariana Grande’s impact is undeniably large but her last release before dropping her album, titled ‘God is a Woman‘ might just have made her even larger than life.

Also considered one of the lead vocalists of our time, Ariana Grande recently released her fourth studio album ‘Sweetener’ and prior to its release had been steady releasing singles from the album. Earlier on, she released a solo hit single No Tears Left To Cry and another hit single The Light Is Coming with rapper Nicki Minaj. Although both singles were undeniably amazing, God Is A Woman, in my opinion, not only beats both singles in terms of vocals, production, art direction, relevance and impact, but might just be Miss Grande’s best work yet.

Vocally, it features Ariana giving us all the reasons she is one of the most celebrated vocalists of our generation. The beat changes several times and progresses from a softer ballad to a more fast-paced pop beat while retaining its sensual and undeniable feminine allure. While the vocals are top notch, the visuals is where the true magic and art lies.

In God Is A Woman, Ariana Grande takes an overt jab at the obvious patriarchy in the Abrahamic religions; from a feminized version of a Sistine Chapel tableau where the male figures are all replaced with Ariana and other women to her making reference to the Greek primordial goddess of the earth, Gaea, to Ariana being Mother Nature and a reference to La Lupa Capitolina. Ariana also makes a case for the erasure of women in historical natives with several symbolic placements in the video; most notably when she adopts the pose of The Thinker which symbolizes philosophy and philosophers as a reference to the lack of female philosophers in historical contexts. She is also seen swimming in what seems to be a vagina, making reference to girl power.

All together, God Is A Woman is undoubtedly an amazing and deeply artistic song with overt themes of feminism and female empowerment and rewriting of patriarchal themes. I strongly believe that the impact of this song will still be felt in years to come and although I’m certain the other songs on the Sweetener album are amazing, I seriously doubt that any one of them surpasses God Is A Woman, but Ariana Grande is well known for her ability to out do herself. So I guess it’s time for me to cop the entire album and judge for myself.

Watch ‘God is a Woman’ here!