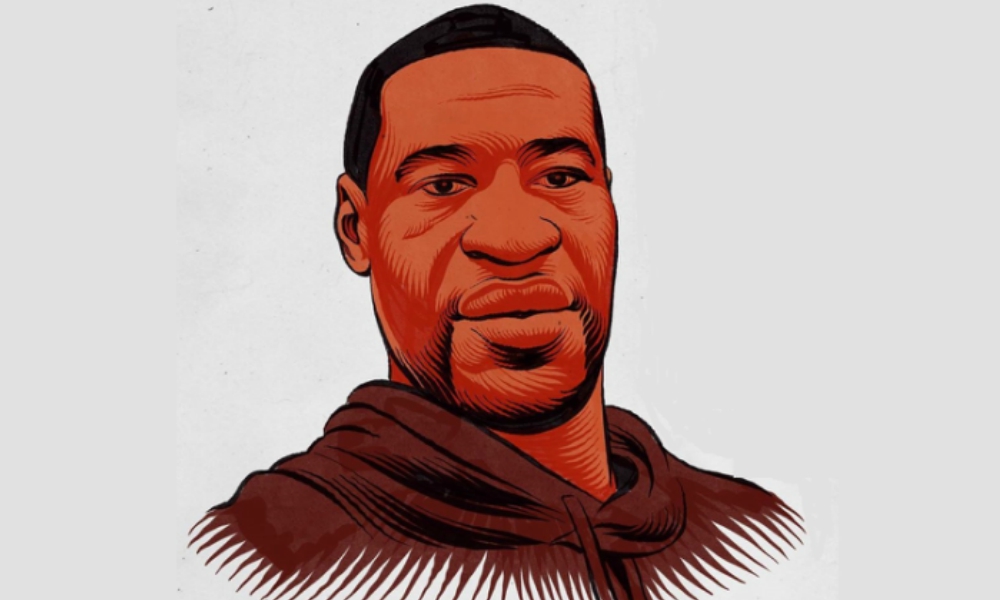 Police Brutality is a topic that many African-Americans are familiar with. What is called ‘the talk’ is given even before young black boys are old enough to recognize racism.

A black child is reminded to be respectful of the police and to follow every instruction so that they do not wind up dead. George Floyd may have been such a child.

George Floyd’s cause of death

As he took his last breath face flat and perhaps scuffed by the concrete with a police officer’s (Derek Chauvin) knee firmly pressed against his neck, this 46-year-old man was a child again. Twice he exclaimed “mama, mama!” He couldn’t breathe. He died within minutes.

Another black man killed by a white police officer.

Why was George Floyd arrested?

The first footage released after his death, shot by a bystander at the scene of the crime, chronicles the last few minutes of this man’s life. His brutal treatment was said to be an arrest for an alleged crime of forgery and his resisting arrest. You can hear bystanders pleading for George Floyd’s life as the so-called “Officer” Chauvin unrelentingly pressed his knee against Floyd’s neck. What an inhumane act.

‘Please. Your knee in my neck. I can’t breathe.’

Like a bystander who fought for George Floyd’s life repeated, Derek Chauvin seemed to ‘enjoy’ the torture he was causing. Even as he was informed that Floyd was motionless, Chauvin kept his knee on his neck until the ambulance arrived. George Floyd must have died several times over.

That man ain’t have to die on the street like that cops ain’t shit but a bitch ass pussy with a badge #Fuck12 #GeorgeFloyd pic.twitter.com/gHxSOXRxcb

A few hours after the first footage went viral, more footage is seen of different angles of the crime. A shop adjacent to the crime scene––and it is indeed a crime scene for the brutality and murder we witnessed in broad daylight––released its CCTV footage showing George before the throwdown. He is not seen to be resisting arrest to any significant extent. Another camera angle shows George held down by two other officers. Imagine a world without cameras and cell phones. This story would be so different right now.

When #GeorgeFloyd was removed from his vehicle showing no resistance. pic.twitter.com/31R5LzRSj7

Many questions lurk in all these revelations; especially, would this kind of treatment be given to a white non-violent suspect? Even a white violent suspect is often not treated in the manner George Floyd and many other African-American suspects are treated in America.

George Floyd was born in Houston and grew up in the city’s Third Ward. He graduated from Jack Yates High School where he played football, according to KTRK. He moved to Minnesota four or five years ago for work and to drive trucks, according to a friend and former NBA player, Stephen Jackson.

“Knowing my brother is to love my brother,” Philonise Floyd, George’s brother, told CNN’s Don Lemon on Tuesday. “He’s a gentle giant, he don’t hurt anybody.”

Floyd worked in a restaurant, Conga Latin Bistro as a bouncer and many knew him as Big Floyd with his big smile and sunny disposition.

I knew him. He was a bouncer at Conga Latin Bistro, where my boyfriend’s band plays. He always had a huge smile on his face and great energy. He once said to me, “I like how you hold your head high coming here by yourself to support your man.” #GeorgeFloyd pic.twitter.com/MEJuufYI0f

The Minneapolis police chief, Medaria Arradondo on Tuesday afternoon, May 26, announced the firing of the four police officers involved in the crime. President Donald Trump called for justice Wednesday, announcing on Twitter, “At my request, the FBI and the Department of Justice are already well into an investigation as to the very sad and tragic death in Minnesota of George Floyd.”

Sister of the victim, Bridget Floyd, in tears while speaking to NBC is demanding for justice for her brother. She wants the officers to not just be fired but also charged for murder.

His fiancée, Courteney Ross said the deceased was a “gentle giant” to those who knew him. Ross also called for protesters to forgive the cop who killed George. “You know, if he was here, he would say that he’s a man of God. He would stand on that firmly,” she said.

Security cameras captured moments before the murder of #GeorgeFloyd. He was clearly NOT RESISTING arrest… So WHY did Minneapolis Police officers use excessive force that ultimately resulted in his death?! WE DEMAND ANSWERS. #JusticeForFloyd #SayHisName pic.twitter.com/4yGxvTY2Ln

Minneapolis Police shot a rubber bullet into a crowd & injured a Protestor in the eye.

I ask again where were they during the protests about opening up our economy?

I’m all for people protesting even if I don’t agree, so why the double standard? pic.twitter.com/FrG2k6mcRq

Protesters also gathered outside the home of the former officer, Chauvin, who knelt on Floyd’s neck. In videos shared online, the protesters can be seen outside his Oakdale home for the second day in a row. In some photos, the word murderer was written on his driveway, which was also stained with red paint, symbolic of George Floyd’s blood.

As we await more news unfolding on this situation, protesters and many who are enraged across social media agree that this was a racially charged hate crime in the course of an arrest. Yet another black man killed for being black in America.

Several petitions have been set up to pressure authorities to immediately file charges against the officers involved. The biggest petition on Change.org has already garnered 2.4 million signatures of the 3 million goal. To sign the petition, click here.

For the latest, minute to minute updates on this trending story, click here to visit CNN

7 Ways To Celebrate Black History Month Before It Ends