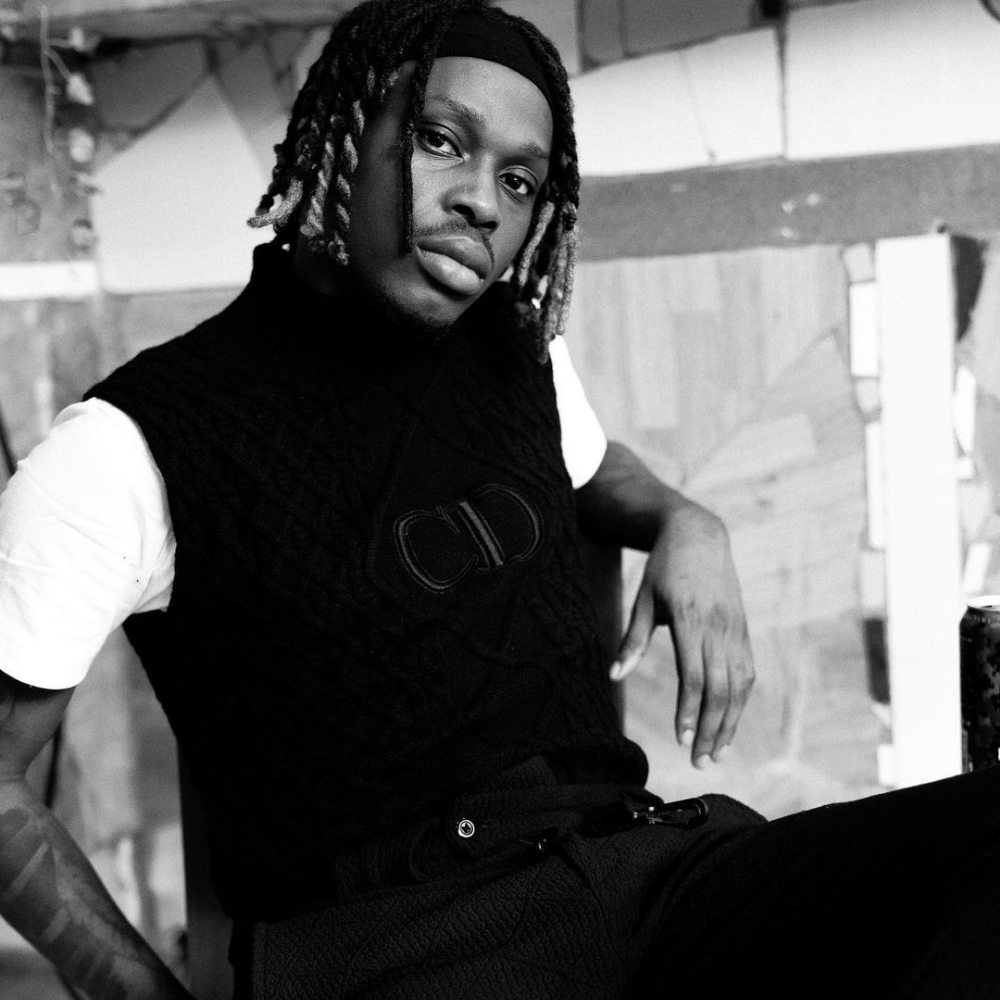 Fireboy DML announces debut US tour, Vanessa Bryant files trademark for wine brand, Pedri wins Golden Boy Award. Stay in the know with our Rave News Digest which summarizes five of the hottest global news you need to catch up on, saving you time and energy. Consider it your daily news fix.

On November 18, award-winning Nigerian artist, Fireboy DML announced The Apollo Tour, his debut US tour as a headliner. The tour kicks off in Providence, Rhode Island on February 3rd, 2022 and hits 13 cities throughout the month; including major markets like New York City, Chicago, Los Angeles and San Francisco.

Apollo is the name of his critically acclaimed 2020 album; and this is the first opportunity he’s had to tour the LP in the states since its release. At only 25, Fireboy DML has quickly established himself as one of the top Afropop artists coming out of the continent.

The filings, made on November 5th, indicate that MAMBA VINO-branded wine might be on store shelves soon.#KobeBryant#LakeShow pic.twitter.com/1EFQ84yohz

Uncle waffles didn't mean for her video to even trend, she was doing what she loved & she did it with such passion that we all fell in love with her. Week in, week out yall talking shit about the poor girl. Next week yall tweeting depression is real. Let her have a her moment!!! https://t.co/wknyl1jpGJ

Rapper Cassper Nyovest has come out to defend DJ Uncle Waffles, who landed on the Twitter trends list again this week after a vlogger made vile remarks about her. The Twitter timeline was filled with criticism for the DJ’s use of “Adiwele.” Tweets claimed she was benefiting from the track locally and across the border while Young Stunna, the owner of the song, does not enjoy as much attention and support for his song.

The rapper tweeted in her defense when one Twitter said Waffles was using Young Stunna to shine.

Kenya will block unvaccinated people from basic services and public places starting Dec. 21, despite fewer than 9% of people being vaccinated.

Africa is the least vaccinated continent amid hoarding by rich countries. Kenya has only received enough doses for 1/5 its population. pic.twitter.com/riUaZZqjRB

Kenyans who haven’t been vaccinated against Covid will not be able to receive government services from next month, the government says. Health Minister Mutahi Kagwe said unvaccinated people would be banned from public transport, local airlines and train services.

Kenyans will also require proof of vaccination in order to visit government institutions for education, immigration, tax and other services. The directive will come into force on 21 December. Beginning on Tuesday, young people over the age of 15 will be able to get a Pfizer jab. Kenya has a target of vaccinating 10 million people by the end of December.

Barcelona midfielder Pedri has won the 2021 Golden Boy award for the best under-21 player playing in a European country’s top division. Pedri, 18, beat England and Borussia Dortmund midfielder Jude Bellingham to the award by a record 199 points. He played more minutes than any other Barca player last season, going on to play at Euro 2020 and win Olympic silver with Spain.

However, he has not played since September because of a thigh injury. In October, Pedri — who joined Barca from Las Palmas in 2020 — signed a new deal with the Catalan club which includes a 1 billion euro (£846m) release clause.

Mental Mondays: Are You A Road Rager? Top Signs To Look Out For