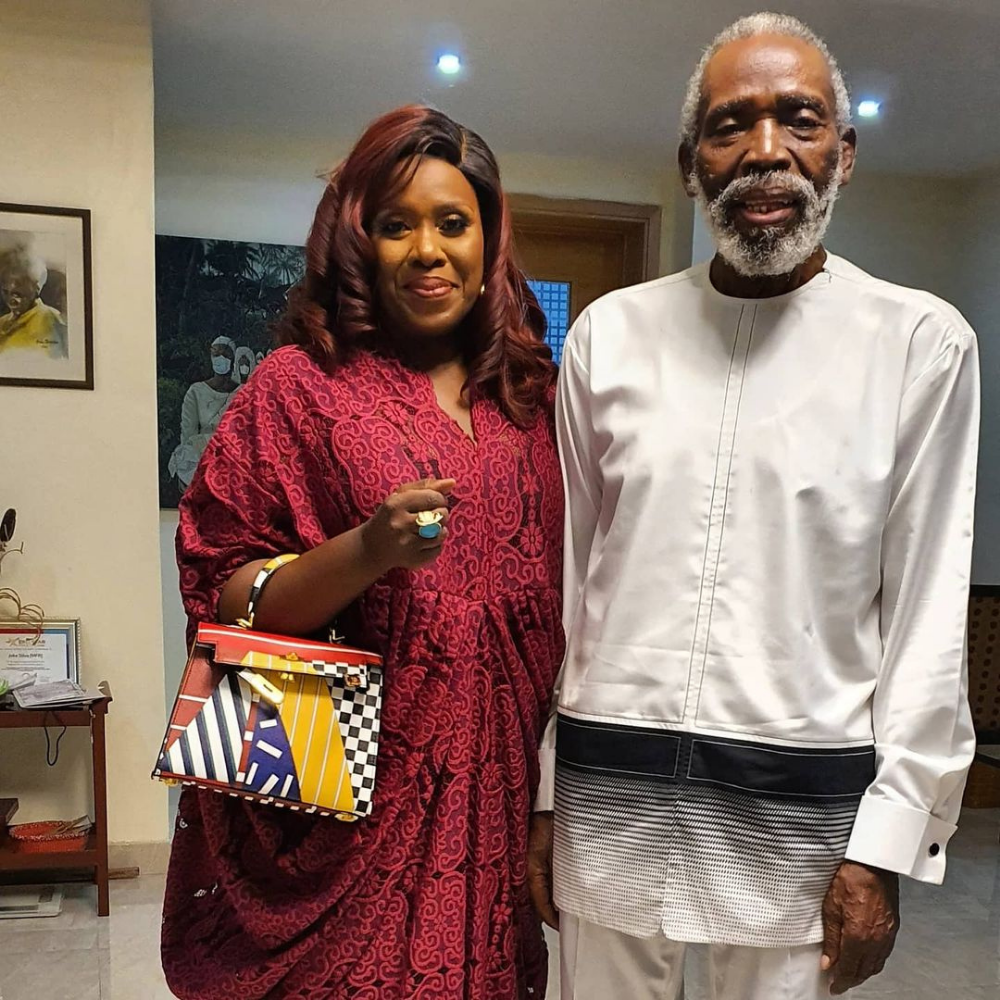 Joke Silva opens up about husband, Olu Jacob’s health, Kamala Harris becomes first woman to be given presidential power, Ole Gunnar fired as Man United manager. Stay in the know with our Rave News Digest which summarizes five of the hottest global news you need to catch up on, saving you time and energy. Consider it your daily news fix.

Nollywood veteran, Joke Silva, has for the first time spoken about the health of her husband, Olu Jacobs. The movie star in a chat with Chude Jideonwo revealed that her husband has been battling dementia. “He is dealing with issues and it is been going on for a couple of years. It is known as dementia with lewy body,” she said.

The actress revealed that this was the first time she would be talking about her husband’s health in public. Jacobs has been off the public space for a while leaving speculations about his health. His family had to put out a statement after rumours of his death filled social media. He, however, made an appearance at the recently held Afriff awards, where he won the Lifetime Achievement award.

President Biden briefly transferred power to Vice President Kamala Harris Friday while he was under anesthesia during a routine colonoscopy, making her the first woman to serve as acting president in U.S. history https://t.co/Y8EIZt7ebQ

On Friday, November 19, President Joe Biden temporarily transferred power to Vice President Kamala Harris while he was under anesthesia for a routine colonoscopy for 85 minutes.

The historic event made VP Harris the first woman, first Black person as well as the first South Asian to occupy the powers of the U.S. presidency. During that time, she worked from her office in the West Wing while Biden underwent the medical procedure, said White House Press Secretary Jen Psaki.

Biden arrived at Walter Reed Medical Center on Friday morning to undergo his first routine annual physical since taking office. It’s a standard procedure for the vice president to assume presidential powers while the president undergoes a medical procedure that requires anesthesia.

Congratulations are in order for influencer Tshepi Vundla and her man, musician JR, who have announced that they are expecting baby number two. Taking to Instagram, Tshepi shared a heartfelt message to her children accompanied by snaps showing off her baby bump. “No matter what, I want my children to know they were wished for, longed for, prayed for, and that they are forever loved. We cannot wait to meet you,” she wrote.

JR and Tshepi already have one child, four-year-old Siba. The couple have been together for a few years now and their family unit is one of the most talked about on social media.

#UPDATE Sudan's Prime Minister Abdalla #Hamdok has been freed from the house arrest imposed on him since last month's military coup, a member of his office tells AFP, after mediators earlier said the military had reached a deal to reinstate him as premier https://t.co/aHiDCkUhmH pic.twitter.com/RWYX9yzBnQ

Sudan’s ousted Prime Minister, Abdalla Hamdok, has been reinstated following last month’s coup when he was put under house arrest. He has appeared on TV to sign a new power-sharing agreement with coup leader, Gen. Abdel Fattah al-Burhan, amid continuing mass protests.

The civilian coalition that nominated Mr Hamdok as PM two years ago has refused to acknowledge any new deal. The pact had been struck with a gun to his head, reports say. Since 25 October, when the military declared a state of emergency and dissolved the civilian leadership, at least 40 people have died in mass protests against the coup.

Manchester United can confirm that Ole Gunnar Solskjaer has left his role as Manager.

Thank you for everything, Ole ❤️#MUFC

Manchester United have sacked manager Ole Gunnar Solskjaer following Saturday’s 4-1 defeat at Watford. The club have won just one of their past seven Premier League matches and are seventh in the table, 12 points behind leaders Chelsea.

First-team coach, Michael Carrick, has been placed in temporary charge while United seek an interim manager to the end of the season. “It is with regret that we have reached this difficult decision,” United said.

The club’s recent run of poor form includes a 5-0 thrashing by Liverpool on October 24 and a 2-0 defeat by Manchester City on November 6.