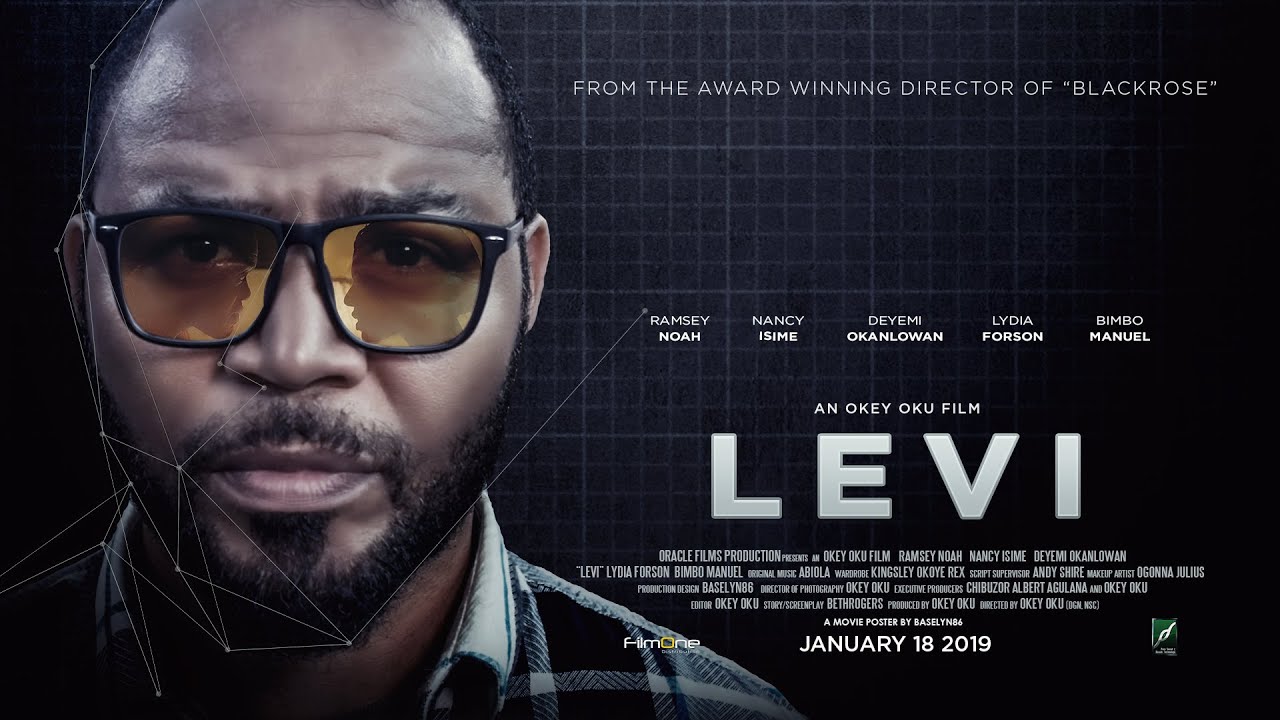 Verdict | Perfect for a boring weekday, not the weekend.

I recently watched new Nollywood movie Levi and couldn’t help but think that the Nigerian film industry is still working its way up to having A-rated movies that can be enjoyed all over the world by diverse audiences. Of course, we have the numbers in terms of production and sales since we cater to neighbouring African countries whose film industry is almost non-existent but what exactly are we offering in terms of overall quality?

Given, a few individuals like Mo Abudu and Kemi Adetiba have been doing their bits to take Nollywood to the next level and I do applaud their efforts. Which brings me back to Levi starring one of the industry’s most popular actors, Ramsey Nouah.

Ramsey Nouah plays Levi a tech-savvy genius who has an eternal crush. Levi has one of those typical storylines but what makes it earn a pass mark is how it was marketed. The promotion for the movie didn’t give way to its blissful ending and that’s one thing I solidly appreciate about the film.

Levi as a movie is barely complex enough to be ecstatic about. It has the typical African wit and I did laugh a few times but in terms of storyline, I found that there could have been more, frankly. Maybe more context could have been added to the scenes or perhaps a different lead actress might have given the movie that extra oomph but in a world of maybes there is only the reality.

If you’ve watched the film and think that Levi is one of those films taking Nollywood to the next level in terms of the picture quality, then you would be correct. But somehow, the producers focused so much on the picture and sound quality that the rest of the movie was left to dangle. And this is my “thing” with Nigerian movies! It is important that we remember that a body of work requires every part to be 100% or at least near it.

This review wouldn’t be complete without shining light on the overall good acting skills in the movie. No, not great but good. Ramsey Noah did well in his role as a lead character and of course, Bimbo Manuel delivered yet another fine performance. Bolaji Ogunmola was also good. In fact, I think she did a fantastic job. An honourable mention would be Deyemi Okanlawon who played Isreal; as usual, he delivered a very believable performance.

I saw Levi at the Film House Cinema for N600 – one of those deals you get in the afternoon on a week day. So my general consensus would be: watch it when you have to pay this low or else you may be burnt you spent so much of your coins.

Levi gets 3 Stars from my humble stars reservoir.