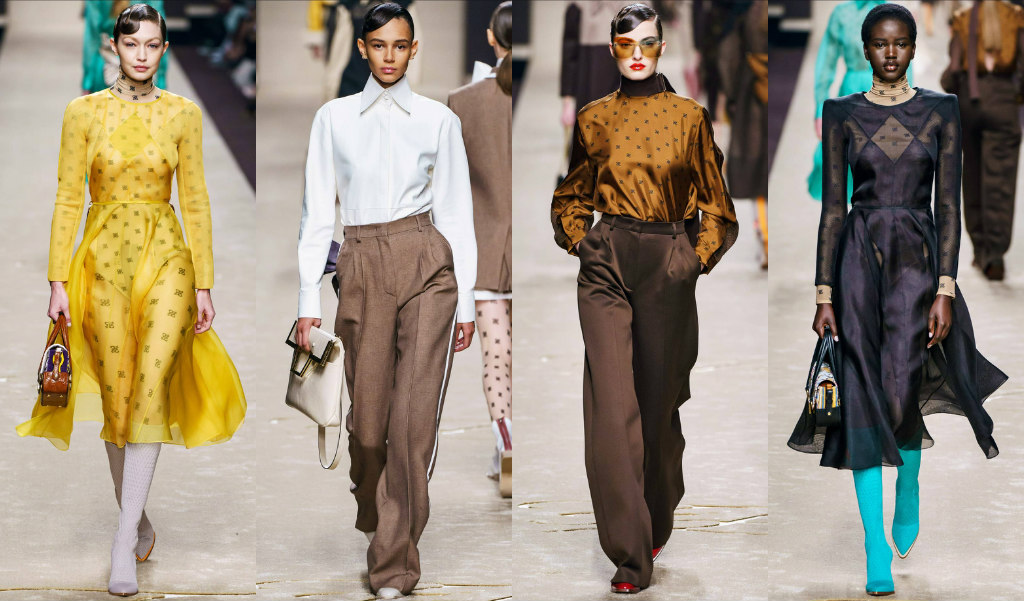 Fendi paid tribute to its Creative Director, Karl Lagerfeld who passed away February 19 as his final collection for the fashion house was presented at Milan Fashion Week. The designer was mostly known for his work with Chanel but had actually designed for Fendi much longer. He spent 54 years with Fendi, starting as far back as 1965 compared to his 36 years at Chanel.

The notes for the show read:

“The Fendi women’s autumn/winter 2019 collection is the final collection designed by Karl Lagerfeld, representing a lifetime of dedication and creation from 1965 until today. In his perpetual search for beauty and innovation, Karl’s commitment to his craft never waned.”

Bella Hadid, Kaia Gerber, Adwoa Aboah and Adut Akech were some of the famous models who walked the show, while Gigi Hadid closed the show to a standing ovation.

The brand also took to their Instagram page to share the designer’s work on the collection. It’s been said that up until his death, Karl was still handing out notes to the team even while bedridden.

A heartfelt tribute to Karl Lagerfeld, Fendi's Woman’s Ready to wear and Couture designer for over five decades. Karl, you will be dearly missed.

There’s no doubt that Karl Lagerfeld was an extraordinary designer and the Fendi women’s Fall 2019 collection showcase was nothing short of what we had come to expect from the icon. The tones were relaxed yet fun, beautifully tailored and a playful flow with mixed textures.

The show was put together so beautifully with a huge “Love Karl” sketched at the top of the runway. A video documentary of his sketches was also shown to guests.

According to what the brand told WWD:

“Karl would like it. This collection made him live longer. Because we had been working a lot.”

The Fendi show, however, wasn’t the last we would see of Karl Lagerfeld’s work as his final collection for Chanel was shown on March 5th during Paris Fashion Week.

Here are some of our favourite looks from the collection… British-Ghanaian Model Adwoa Aboah Gets Her Own Barbie

Happy Feet! How Style Stars Are Balancing Comfort And Chic This Season