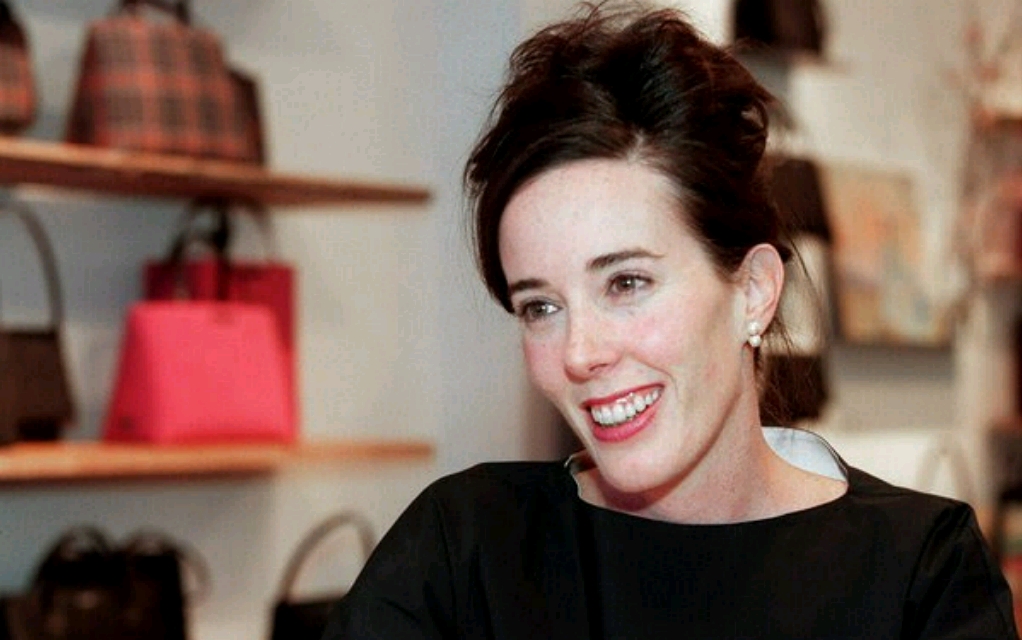 n this business of fashion it is remarkably easy to get carried by the high speed of fashion trends, the dazzling sights of designer items, the glitz and glamour that come with all that’s fashionable. It is also easy to get carried away with all the other addictive aspects of fashion such that necessities like taking care of our mental health seem almost mundane. The international fashion industry and the world at large got a rude awakening yesterday, June 5, 2018, with the unexpected demise and apparent suicide of one of fashion’s most revered names – fashion designer, Kate Spade.

The 55-year-old fashion powerhouse was born Katherine Noel Brosnahan but became known widely as Kate Spade after building a career and brand that has gone to all the shores of the world.

Her foray into the world of fashion design started out when she got a job working in the accessories department of fashion magazine Mademoiselle; there, Kate discovered and sharpened her great eye for stylish bags. She ultimately left Mademoiselle and in January 1993, in partnership with her husband Andy Spade, the duo launched Kate Spade Handbags, a brand which focused creating on colourful, quality and affordable handbags.

Kate, being the phenomenal business woman she was, grew her brand to great heights, releasing other fashionable collections like the Kate Spade at Home – a home collection brand, opened stores in Japan, Tokyo and Aoyama and released books in which she shared her business philosophies and her personal style. Kate eventually sold all her shares in Kate Spade to the Neiman Marcus Group and in 2016, she and her husband launched Frances Valentine – luxury footwear and handbag brand.

With such an amazing and literally colourful career, one would never have pictured that Kate Spade was fighting battles we knew nothing of. At worst, one would never imagine that a woman whose brand brought so much colour and beauty to the lives of many would take her own life. Sadly, this was the case yesterday morning when a housekeeper found Kate dead in her Manhattan apartment.

According to multiple reports, her death has been ruled as suicide by hanging. Police reported she had left a final note addressed to her daughter.

Today, Kate Spade’s husband released a statement on her death indicating she had suffered from depression. It read, in part:

“Kate suffered from depression and anxiety for many years. She was actively seeking help and working closely with her doctors to treat her disease, one that takes far too many lives. We were in touch with her the night before and she sounded happy. There was no indication and no warning that she would do this. It was a complete shock. And it clearly wasn’t her. There were personal demons she was battling.”

Our hope is that seeing someone placed on such a pedestal afflicted by mental illness is a strong enough reminder to all of us that we need to pay closer attention to not just our mental health but that of those around us as well. We also hope that this is a turning point and major lesson, especially for conservative societies where admitting to mental illness, is still considered a taboo. We hope that Kate Spade’s death will serve as a reminder that mental illness is real and can happen to anyone. Finally, we must all live with a constant reminder that the best way to look good is to do so from the inside out.

Our hearts are with the Spade and Brosnahan families.

If you or someone you know is considering suicide, please contact the National Suicide Prevention Lifeline at 1-800-273-TALK (8255) (USA) or a suicide prevention agency in your locality.

Ahead of NYFW SS20, See The Most Rave-worthy Designs From The SS19 Shows