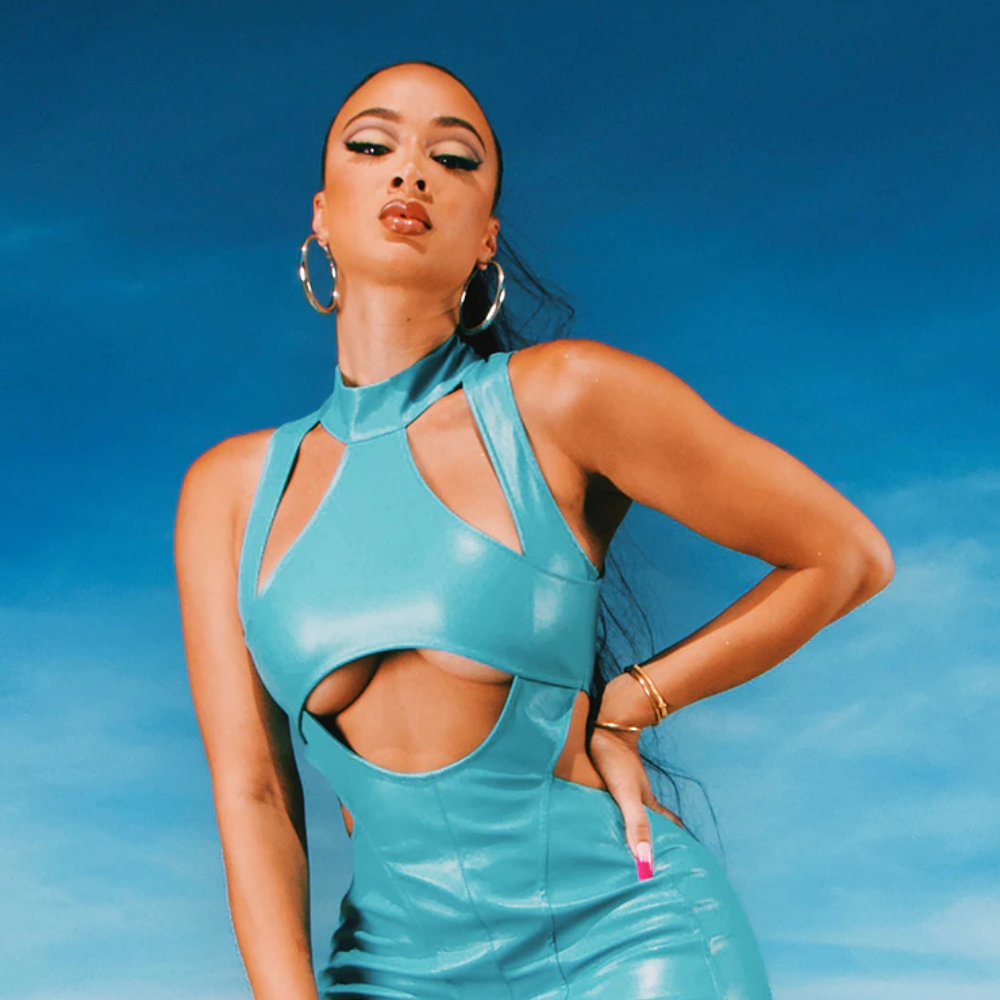 Draya Michele launches fashion line with Pretty Little Thing, BBNaija’s Bryann premieres single on A Color Show, Barcelona confirm €60m Kounde transfer. Stay in the know with our Rave News Digest which summarizes five of the hottest global news you need to catch up on, saving you time and energy. Consider it your daily news fix.

Draya Michele is back with the clothing collaboration of the summer as she has launched a line with fast fashion brand Pretty Little Thing. “No matter your style, vibe, or the occasion, let Draya help you create your ‘fit of dreams that you’re going to be wearing now and all summer long,” says Pretty Little Thing regarding their new collaboration with the model and entrepreneur. The UK-based brand is one of the world’s largest fast-fashion retailers accruing over $500 million in 2020. They have previously partnered with celebrities over the years, from LaLa Anthony to Kourtney Kardashian to Jayda Cheaves.

The capsule collection features size-inclusive styles inspired by “motocross and the motorcycling fashion trend,” with prices ranging from $20 to $68. This includes corsets, miniskirts, cargo pants, and more. More importantly, the coloration could be this year’s Hot Girl Summer palette being that it is composed of shades of yellows, greens, oranges, and blues.

Rising Afrobeats sensation Bryann has premiered a new single titled “Juju PT.2” on A Colors Show. The performance premiered on Thursday, July 28, at 5 PM on A Colors Show YouTube Channel. “Juju PT.2” is an Afrobeats single that features a soft bouncy beat accentuated by percussion and satisfying horns. Bryann delivers a smooth love rendition where he describes how a damsel has got him hooked on her like she cast a spell on him.

The song showcases Bryann’s ability to mold melody to deliver a harmonic masterpiece that makes him a smooth singing artist with the ability to make intoxicating music. Bryann is currently one of the housemates on the recently premiered Season 7 of Big Brother Naija which is Nigeria’s biggest reality show.

“The official launch of the Ferguson Foundation is on the way. Thank you for your patience and support in the build-up to the big day, and all the activities we have been undertaking. The Ferguson Foundation Gala Launch, in loving memory of our co-founder Shona Ferguson, will be held on Friday, August 5, 2022. I am looking forward to having you join us in the fruition of this vision and celebration of the life of a true visionary of empowerment and upliftment,” Connie wrote. Before his passing, Shona said the foundation was going to be a ladder for young creatives.

On Wednesday, July 27, Nigerian opposition senators called for President Muhammadu Buhari’s impeachment if, within six weeks, he failed to “resolve the issue” of insecurity. At a closed Senate session Wednesday, senators of the People’s Democratic Party (PDP) attempted to introduce a motion giving Buhari an ultimatum to improve the country’s security. “Nowhere is safe in Nigeria, even Abuja. Urgent steps need to be taken,” Senator Philip Abuda told the press after walking out of the chamber.

Aduda said the motion was blocked by Senate president Ahmed Lawan, prompting the opposition senators to leave. Parliament is controlled by the ruling All Progressive Congress (APC) party rendering unlikely any successful impeachment vote. For a president to be impeached, the motion requires support by two-thirds of senators. Less than a year before the end of his second term in office, the results of president Muhamadu Buhari’s security policy have been widely decried.

“Barcelona and Sevilla have reached an agreement for the transfer of Jules Olivier Kounde, awaiting the player passing a medical and the signing of contracts”, both club confirm. pic.twitter.com/1xZgpSwgUf

Barcelona is set to beat Chelsea to the signing of Sevilla center-back Jules Kounde as the defender will seal his move to the Camp Nou once completing a medical and officially signs the contract. The Blaugrana had already beaten the Blues to Raphinha and Robert Lewandowski re-signed Ousmane Dembele amid interest from Stamford Bridge and signed Andreas Christensen from Thomas Tuchel on a free deal.

Xavi now has 23-year-old Kounde to further shape the future of his defense as stalwarts such as Gerard Pique and Jordi Alba progress into the latter stages of their careers. Kounde, courted by Chelsea since last summer, had been with Sevilla since 2019 and has made close to 100 Liga appearances. He can play right-back in addition to centrally, and that former role may be his manager’s preference in his first season.