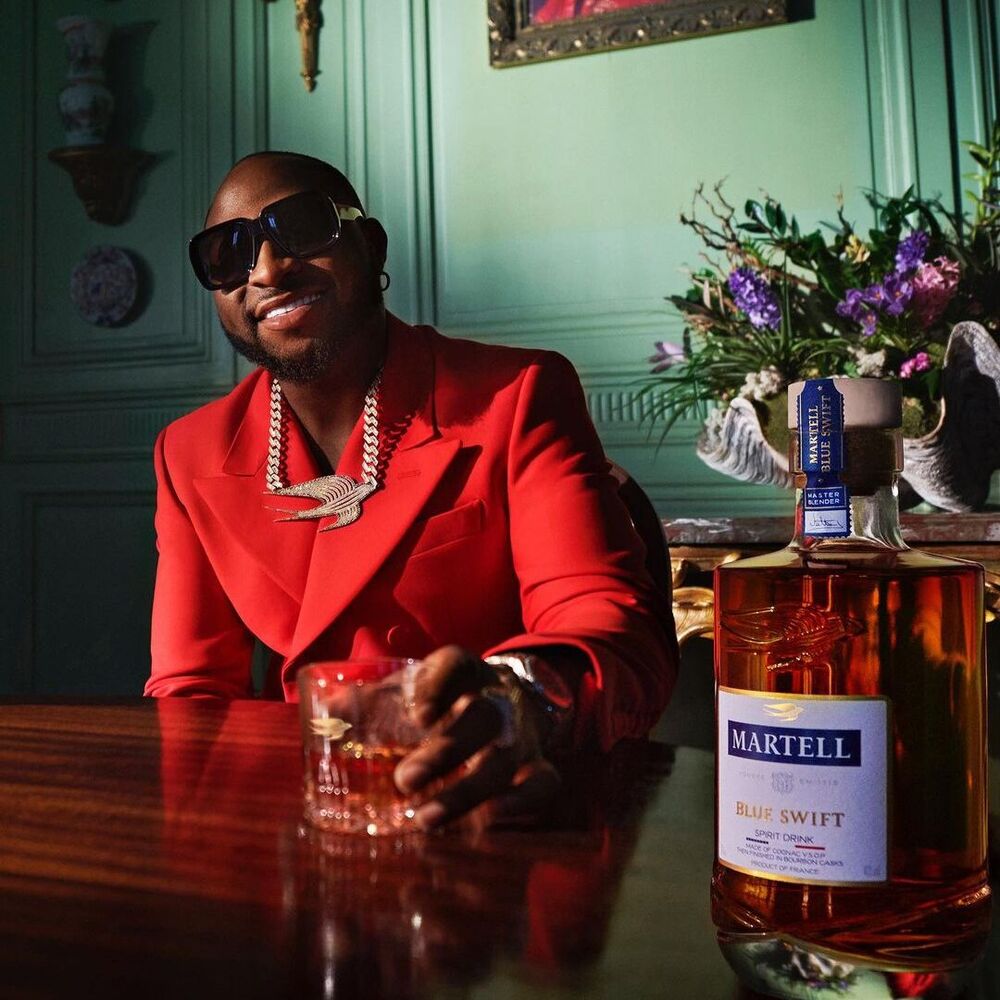 Davido and Martell release short film, Taraji P. Henson to host BET Awards, Ansu Fati rules out transfer away from Barca. Stay in the know with our Rave News Digest which summarizes five of the hottest global news you need to catch up on, saving you time and energy. Consider it your daily news fix. Bonang Matheba AMVCA Host.

Leading Cognac brand, Martell recently launched a short film under its “Be The Standout Swift” campaign with Afrobeats superstar and global ambassador, Davido called “Standout Swift Story.” The film showcases the audacity of the superstar and sheds light on how he has challenged the norm with his craft, not just for himself, but for the benefit of others.

Davido’s resilience while surpassing feats that have brought the local music scene to international prominence is a key attribute of his standout story. Taking it further, the film also pays homage to Davido’s mantra “We Rise By Lifting Others” with the video featuring members of Davido’s team who have reached global recognition due to the superstar’s impact. Speaking about the film, Davido shared that the Standout Swift Story film provides an opportunity for him to pay tribute to the legacy he has created in not just the music industry but his communities as well.

🗣It's that time of year family! #CulturesBiggestNight is BACK and so is our lovely host @tarajiphenson. It's a family affair, June 26 8/7c. #BETAwards pic.twitter.com/FgIRoCsftv

Golden Globe-winning actress, filmmaker, and philanthropist Taraji P. Henson has just been announced as the host of the BET Awards 2022, making it the second time the Academy Award-nominated star has emceed culture’s biggest night in entertainment. “I am honored to return as the host of the BET Awards and share the stage with so many powerful and prolific artists; you can even say it is the ‘empire’ of Black Excellence,” said Henson.

“Working with amazing partners like Scott and Connie at BET and Jesse Collins Entertainment is a creative’s dream. I can’t wait to celebrate Black music, entertainment, and culture with our viewers on what will be one unforgettable night.” BET Awards 2022 airs LIVE on BET on Sunday, June 26 at 8 PM ET/PT.

3. South Africa: Nadia Nakai calls her rapper boyfriend AKA ‘The one’

Love is in the air and the romance between rappers Nadia Nakai and AKA seems to be going strong, despite the naysayers. The pair were spotted at Konka recently, a popular hip and happening spot in Soweto, and they were all loved up. The duo took to socials to let the online audience into their PDAs and lovey-dovey moments. Nadia shared a snap of herself cozying up to her lover AKA in an Instagram post over the weekend. She captioned the image, “The One.” She was having the time of her life dancing and singing along to AKA’s songs as he performed with DA L.E.S.

AKA took to Instagram and also shared a picture of his girlfriend leaning in for a kiss. “Ragga ragga ragga,” he captioned the pic. Recently, the couple’s relationship caused a stir on social media after they were reported to have allegedly had an altercation during a show in Ghana, allegations which the pair denied.

#Togolese President #FaureGnassingbé has agreed to act as a mediator in the #Malian political crisis, both countries’ foreign ministers have confirmed. pic.twitter.com/Z3OcO9Nqll

Togolese President Faure Gnassingbé has agreed to act as a mediator in the Malian political crisis, both countries’ foreign ministers have confirmed. Mali has been mired in a crisis since the military seized power in 2020 and has been under pressure to return the country to democratic rule. There has been growing tension between the junta and international partners, including the deterioration of Mali’s relations with its former colonial power France. The West African regional bloc, ECOWAS, has imposed sanctions on the country, including freezing its assets.

5. Ansu Fati rules out transfer away from Barcelona

Ansu Fati: "My main ambition is to win titles with Barça. To achieve that for the club and the fans is my number one goal. If this means I also achieve personal records, then amazing. I'll work hard and stay dedicated." [@jackkenmare_] pic.twitter.com/V7TAKnw85g

Ansu Fati is, on the back of signing a contract that includes a €1 billion (£846m/$1.16bn) release clause, fully committed to Barcelona and has no intention of making a move away from Camp Nou any time soon. The 19-year-old forward has been generating interest for some time since bursting onto a senior stage in Catalunya alongside former team-mate Lionel Messi, and the youngster is said to have many Premier League suitors. He did, however, commit to fresh terms with La Liga heavyweights back in October 2021 and insists a big-money transfer does not form part of his plans for the immediate future.

The talented teenager, who is back in action at present after shaking off another untimely injury, told the press when asked if he has ever thought about taking on a new challenge: “No, honestly. Barca have given me everything. That is my club. My main ambition is to win titles with Barcelona. To achieve that for the club and the fans is my number one goal. If this means I also achieve personal records, then, amazing. I’ll work hard and stay dedicated. Hopefully, trophies and records will come after that.”