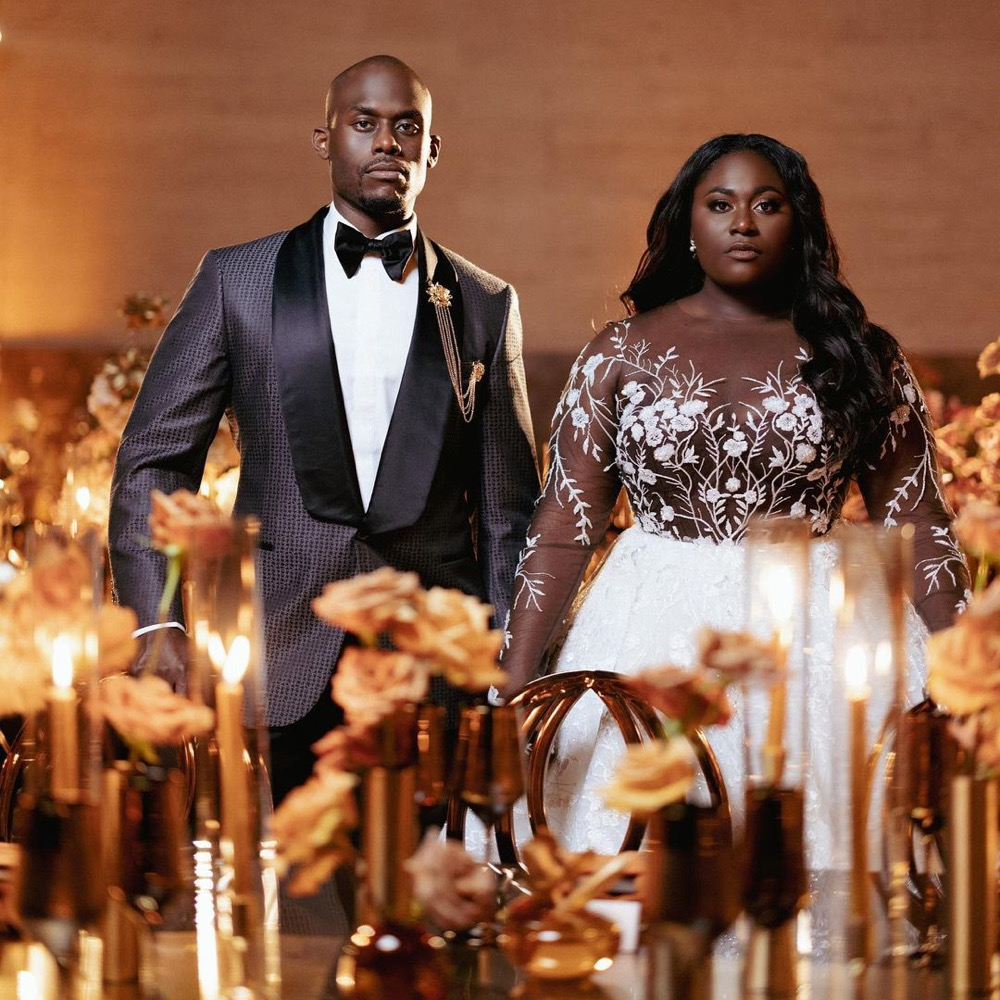 Danielle Brooks is married, Mo Abudu reacts to “Chief Daddy 2” criticisms, Super Eagles qualifies for AFCON round of 16. Stay in the know with our Rave News Digest which summarizes five of the hottest global news you need to catch up on, saving you time and energy. Consider it your daily news fix.

Reflecting on her wedding day, Danielle said: “Getting to walk down the aisle with my dad, Dunnel, who just had hip surgery after living with pain for two years, meant the world to me.” Danielle has also shared some behind-the-scenes images from her wedding day on social media.

Founder of EbonyLife Media, Mo Abudu has reacted to the criticisms that followed the release of her movie, “Chief Daddy 2.” In a post shared via her Instagram page on Friday, January 14, the filmmaker said the voices of those who criticised the movie have been heard.

She went on to advise the critics to share their feedback constructively. The release of “Chief Daddy 2” was greeted with mixed reactions. Despite its star-studded cast, many believed the movie could have gotten a better script instead of the mediocre standard it displayed.

3. South Africa: Mary Twala receives praise for her performance in ‘This is Not a Burial, It’s a Resurrection’

Mary Twala in THIS IS NOT A BURIAL, IT'S A RESURRECTION. An enchanting, beautiful film. pic.twitter.com/QRaAlKiqSt

The late legendary actress Mary Twala has once again drawn praise from across South Africa for her role in the award-winning film “This is Not a Burial, It’s a Resurrection.” This comes after the film ended 2021 with a bang, landing the number sixth spot on international film critics, MetaCritic’s list of the best reviewed films of the year globally.

The film featuring the legendary thespian has won over 33 international awards. Mary Twala died in July 2020 at the age of 80. She had been in and out of hospital for several months struggling with diabetes.

FORMER MALI president Ibrahim Boubacar Keita, who was ousted in a coup in 2020, dies in the capital Bamako aged 76, his family confirms. pic.twitter.com/VfQCywSwO7

The ousted President of Mali, Ibrahim Boubacar Keïta, has died aged 76, family and former colleagues say. Two years ago he suffered a minor stroke but the cause of his death on Sunday was not immediately clear.

He died at 09:00 GMT at his home in the capital Bamako, a member of his family told the press. Mr Keïta led Mali for seven years until 2020, when he was ousted in a coup after huge anti-government protests over his handling of jihadist unrest.

5. Super Eagles qualifies for AFCON round of 16

Nigeria cruised to a 3-1 victory over Sudan at the Africa Cup of Nations which booked their spot in the last 16. Samuel Chukwueze set the ball rolling for the Super Eagles in the third minute from a Moses Simon pull-back. Nigeria doubled their lead on the stroke of half-time when the ball went in off Taiwo Awoniyi and Simon rolled in a third straight after the restart.

Walieldin Khedr pulled a goal back for Sudan from the penalty spot after Ola Aina was penalised for a challenge. The Nigeria right-back was adjudged to have fouled the Secretary Birds defender Mustafa Karshoum, pulling his shirt as a corner was swung in, following a video assistant referee review. Nigeria had won their Group D opener against Egypt.