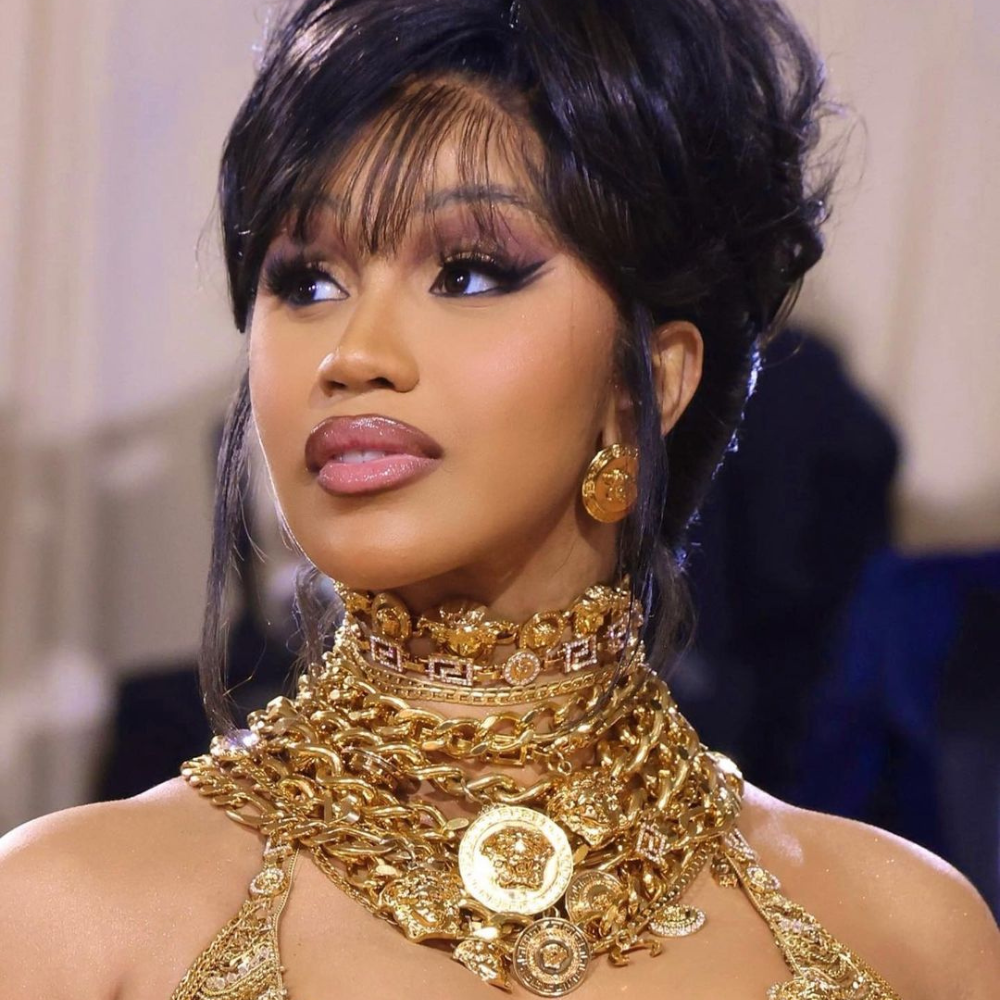 On Sunday, June 26, Cardi B took to her social media accounts to announce her new single Hot Shit will drop on July 1. The bass-induced track is produced by Tay Keith with whom Cardi has worked several times in the past. One of such occasions was on DJ Khaled’s “Wish Wish,” which also featured 21 Savage, and Lil Yachty’s “Who Want The Smoke,” alongside Cardi and her husband, Offset. In the preview video for the song, Cardi is seen standing atop a building, overlooking a city.

Big Brother Naija (BBNaija) star Mike Edwards has emerged as the Nigerian high jump champion once again. The 32-year-old Edwards was crowned Nigerian high jump champion at the ongoing 2022 National trials. Edwards made his mark at the National trials organized by the Athletics Federation of Nigeria, AFN. The reality star, who is also a former British high jump athlete, was in action at the Samuel Ogbemudia Stadium in Benin City, Edo State.

Edwards, an African Champion Silver medalist, added another laurel to his list by successfully defending his National title at the trails. He became the high jump champion after scaling a season-best of 2.20m. Following the accomplishment, he took to his official Instagram account to celebrate the feat. The post consists of a photo of the event with the caption: “TWO TIME NIGERIAN NATIONAL CHAMPION #AndStillJOB FINISHED. SB: 2.20m road back to Commonwealth Games.”

Congratulations to Edwards on this feat.

3. South Africa: At least 22 young people die at a party to celebrate end of high-school exam

Grief-stricken parents are demanding answers after their children died at the Enyobeni tavern in East London. Authorities said 21 teenagers died at the tavern in the early hours of Sunday morning, the youngest just 13 years old. #DStv403 #eNCA pic.twitter.com/hl140BGNN0

At least 22 teenagers, the youngest possibly just 13, died over the weekend after a night out at a township tavern in South Africa, in a tragedy whose cause remains unclear. Many are thought to have been students celebrating the end of their high-school exams on Saturday night, provincial officials said. Authorities say an investigation into the cause of the death has been launched. There were no visible wounds on the bodies. Officials have ruled out a stampede as a possible cause and said autopsies would determine if the deaths could be linked to poisoning.

Crowds of people, including parents whose children were missing, gathered on Sunday outside the tavern where the tragedy happened in the city of East London, while mortuary vehicles collected the bodies. Senior government officials also rushed to the southern city. They include National Police Minister Bheki Cele, who broke down in tears after emerging from a morgue where the bodies were being stored. The provincial government of Eastern Cape said eight girls and 13 boys had died. Seventeen were found dead inside the tavern. The rest died in hospital.

Our condolences go out to the families of the deceased.

Nigeria’s highest-ranking judicial officer Justice Tanko Muhammad has resigned from his position. Multiple reports say, Mr. Muhammad, Nigeria’s Chief Justice, resigned on the grounds of ill health. His resignation comes amid allegations of corruption, nepotism, and neglect of personnel welfare against him by other Supreme Court justices. He denied the allegations saying “judges in all climes are to be seen and not heard” and that the unprecedented public spat was “akin to dancing naked in the market square.”

Mr. Muhammad first became a justice of the top court in 2006 and became Nigeria’s Chief Justice in 2019 after the controversial removal of his predecessor by President Muhammadu Buhari. The next ranking justice is expected to be sworn in as a successor by President Buhari.

Bayern Munich has confirmed that Sadio Mane will be taking their No.17 shirt following his transfer from Liverpool. The Senegal international forward has joined the reigning Bundesliga champions in a €41 million (£35m/$43m) switch from Premier League heavyweights. He had spent six productive years at Anfield, scoring 120 goals while landing Champions League and Premier League titles, but has now signed a contract that runs through to 2025 in Germany and is ready to open an exciting new chapter in his career.

After completing a protracted pursuit of Mane, Bayern announced that Mane will be their new No.17. Explaining the decision to take that shirt, Mane has told the club’s official website: “I picked out 17 from the free jersey numbers at FC Bayern and aim to celebrate many successes with my team and this number. Now I’m really looking forward to starting preparations for the season with my new teammates very soon.”