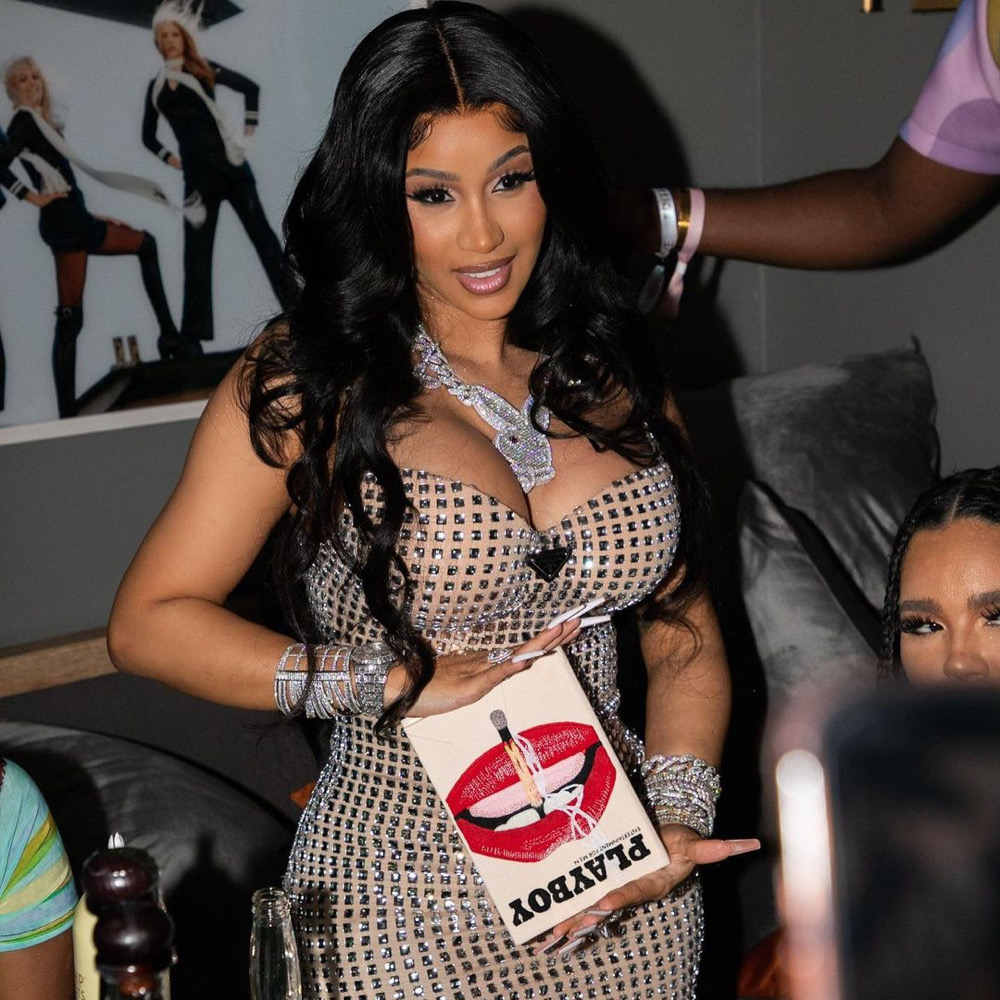 Style Review: Check Out Our Top Picks from TMO’s ‘A Minus Ad Maius’ Collection

Cardi B becomes first female rapper to have three diamond records, Wole Soyinka’s Biafra documentary being made, Aubameyang stripped of his captaincy. Stay in the know with our Rave News Digest which summarizes five of the hottest global news you need to catch up on, saving you time and energy. Consider it your daily news fix.

Cardi B is the first female rapper with three diamond records. Her collaborative Latin hit “I Like It” featuring J Balvin and Bad Bunny was RIAA certified as 10x-platinum on Monday, December 13.

The Tainy and J.White Did It-produced track went No. 1 on the Billboard Hot 100 and even appeared on her 2018 debut studio album Invasion of Privacy. It was also nominated for Record of the Year at the 2019 Grammy Awards. Following the news of the Diamond-certified record, Cardi headed over to her Instagram to share with her fans how much of a team effort this track was years back.

2. Nigeria: Wole Soyinka’s Biafra experiences to be made into documentary

I am developing a documentary on Wole Soyinka, titled, “The Last Night in Biafra.” It chronicles Soyinka’s journey to Enugu, to see Ojukwu.

President Obasanjo was gracious enough, to invite me into his study and answered all my annoying questions.

Titled “The Last Night in Biafra”, Nwelue recently announced an interview with former President Olusegun Obasanjo for his witness account of the events leading to the Nigerian civil war between 1967-1970. Nwelue’s documentary follows the premiere of his feature film “Other Side of History” based on an article by Iduma Kalu.

So it's set in stone. Not the fight I wanted to start with but at least dude had the balls to back his words up unlike all the guys who ran thier mouth and then ran away. I have a little bit of respect for him for taking the fight but i am going to knock him out! #FameVsClout pic.twitter.com/mCrDowYO0R

After weeks of back and forths, the much talked about boxing match between rapper Cassper Nyovest and YouTuber Slik Talk is finally official. After having claimed the fight was off a few weeks ago, Cassper hinted it might be back on earlier in the month when he tweeted that Slik Talk had sent a signed contract.

Well, it seem the fight will go ahead after Cassper shared a poster of the fight on his Twitter and Instagram accounts. The fight, which has been dubbed “Fame vs Clout”, is set for December 22 at 9pm. It appears the fight may be held at a Fight Club gym.

Whitehall officials confirm the 11 countries (including South Africa) will be removed from 4am tomorrow. Covid-O meeting happening imminently

The UK government has said that all 11 countries will be removed from the UK’s travel red list from 4am on Wednesday. Angola, Botswana, Eswatini, Lesotho, Malawi, Mozambique, Namibia, Nigeria, South Africa, Zambia and Zimbabwe are on the list.

The red list was reintroduced in late November as a precaution after the emergence of the Omicron variant. But Health Secretary, Sajid Javid said it had spread so widely the rules no longer had much purpose. Currently, all UK arrivals from red list countries must pay for and self-isolate in a pre-booked, government-approved hotel for 10 days.

BREAKING: Pierre-Emerick Aubameyang has been stripped of the Arsenal captaincy and will not be selected to play West Ham pic.twitter.com/0bywQUOL5a

Arsenal stripped Pierre-Emerick Aubameyang of the captaincy to “defend the interests” of the club, says manager Mikel Arteta. Aubameyang, 32, was removed as skipper after his “latest disciplinary breach”. The Gabon striker, who was dropped for Saturday’s 3-0 Premier League win over Southampton, will not be considered for today’s game against West Ham.

Arteta has not disclosed how Aubameyang broke the rules, but it was reported that he returned late from an authorized trip abroad. Asked when Aubameyang might return to the squad, Arteta said: “For now, it’s been a lot to digest and a really difficult decision to make, so we need a bit of time.”

Style Review: Check Out Our Top Picks from TMO’s ‘A Minus Ad Maius’ Collection