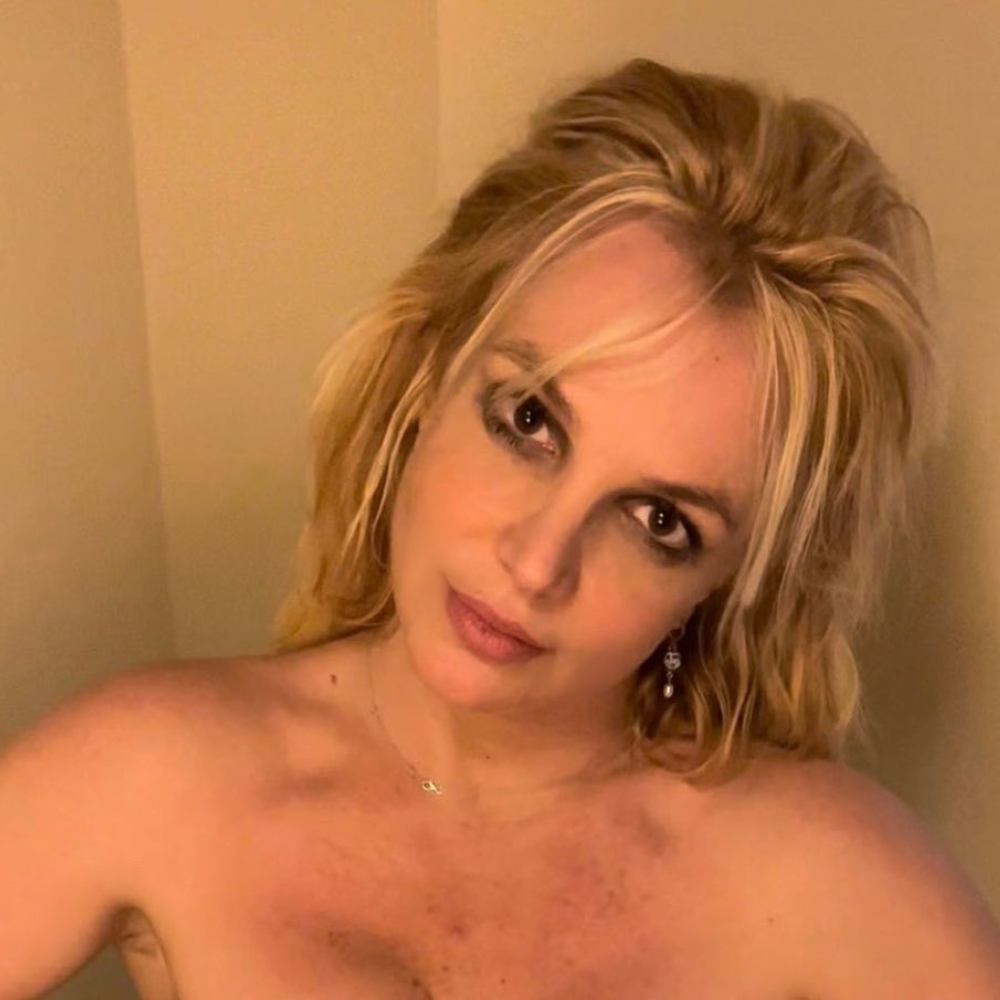 t seems like Britney Spears has been all over the news lately, but not for her music. Some of her recent social media postings have people concerned for her well-being. You probably have seen the pictures and videos that have been circulating online. In them, Britney looks disoriented and out of it. She’s also been spotted walking around Los Angeles in just a sports bra and panties.

Despite the concerns raised, Britney’s team insists that she’s fine. But some people aren’t convinced, and they wonder if we should be worried about Britney Spears’ mental health.

What sparks the worry?

After tirelessly hoping Spears would get her groove back, some of her fans are starting to worry that she’s not in a good place. And frankly, Britney Spears’ social media postings are a valid cause for worry.

For one, she’s been posting a lot of cryptic messages recently — things that don’t seem to make a lot of sense. And then there are the photos and videos that raise some eyebrows where she seems like she’s not in control of herself. It’s hard not to worry about someone we care about, especially when their well-being is starting to look like it’s in danger.

The impact of social media on mental health

When it comes to evaluating Britney Spears’ social media postings, there are a few things that stand out. First, her posts often involve a lot of self-reflection, which can be both good and bad. On one hand, self-reflection can be positive, as it encourages an individual to think critically about their life and make changes for the better. But on the other hand, it can lead to overthinking and unhealthy rumination, which can increase stress and anxiety levels.

Second, Britney’s posts also seem to lack depth. She often posts brief phrases or single words without offering any explanation or context around the message she sends. This could lead some viewers to fill in their meaning, which could be potentially dangerous if the said viewers struggle with mental health issues themselves.

Thirdly, her posts consist mainly of old videos and images, sparking concerns of impending doom. The poorly edited images have fans speculating the page isn’t handled by her and some claim she isn’t the one in the shots. Fans are clamoring for more interaction, perhaps going live on social media to assure her fans of her safety, all to no avail. This actively fosters the talks that Britney Spears is not okay.

Finally, Britney’s social media postings seem to be geared toward an audience of impressionable young people, which could cause negative reactions or feelings of inadequacy in individuals who compare themselves to her perfectionist standards. In other words, her posts could have a detrimental effect on mental health if taken out of context or interpreted incorrectly.

Have you ever wondered whether celebrities’ social media posts reflect an underlying mental health struggle? Unfortunately, the truth is that our favorite celebrities are not immune to the same issues that so many of us face.

For many individuals, social media has become a place where they can turn for comfort, but it can also be a source of heightened stress and anxiety. While every celebrity reacts differently to scrutiny and reflects it differently in their posts, it’s important to remember that celebrities are human too, and they may be struggling more than we think.

Britney Spears’ recent social media postings suggest she might face struggles of her own. We don’t yet know all the details of her mental health situation, but it’s easy to see why fans are concerned. For years, she has struggled mentally, and after the #FreeBritney movement, one would expect Ms. Spears to act accordingly as a free woman, but all that’s heard from her are her cryptic and disturbing messages. Who releases a song and makes no promotional appearances?

How fans can help support celebrities on social media

When it comes to celebrities on social media, the best thing we can do as fans is to provide support when needed. Spears recently turned off her comment section, and it’s easy to see why. With the number of comments, especially the not-so-nice comments, we aren’t so sure how the words are taking effect on her. Nevertheless, it’s important to remember that celebrities on social media aren’t just famous people, they’re real people too. And while they may have a larger platform to share their thoughts, they’re still subject to criticism from the public and to things like trolling and online abuse.

So if you come across a post by a celebrity like Britney Spears, take a moment to think about what kind of response might make them feel better. Even just offering words of encouragement or sympathy can help them feel supported.
By understanding what celebrities are going through and offering positive reinforcement through social media and other avenues, we as fans can do our part to ensure everyone’s mental health is taken into account.

What do you think? Is Britney Spears’ social media postings a cause of concern? Are we reading too much into her posts, or should we be worried about the state of her mental health or life? Are there truths in the countless conspiracy theories fans are speculating? Is she safe, alive, and truly free?

Consequently, only Britney Spears can accurately disclose her well-being. If her posts make you concerned, the best thing you can do is reach out to her and offer your support. Mental health should be openly discussed, and we should all be more open to talking about it.

Mental Mondays: How To Protect Your Mental Health While Using Social Media