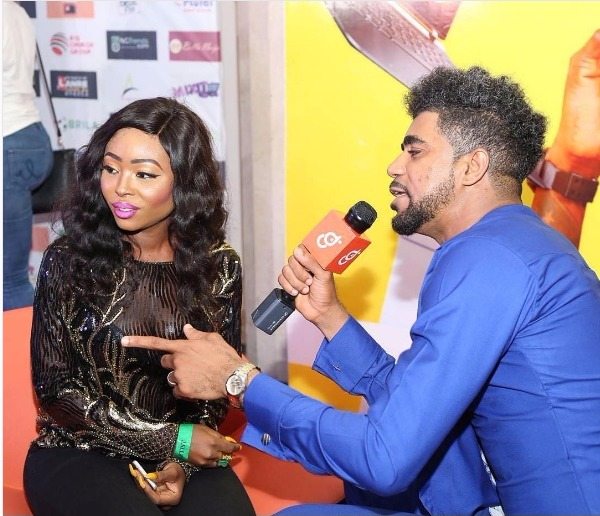 A fashion enthusiast, cosmopolite and aspiring designer. I love traveling,…

A Y Live has grown to become one of the biggest comedy shows in Lagos. The show which is a must-attend event, especially for those in the entertainment, was held on April 16 at the Eko Hotel and Suites in Victoria Island.

This year’s show was themed #GenerationsofLuaghter. There was a massive turnout some of which included the Big Brother Naija Ex-housemates. I was fortunate enough to be in attendance and it was truly a night to laugh and forget all your troubles. As always, regular, VIP, and VVIP tickets were all sold out.

Since all the buzz has been on the BBN housemates, I’ve curated major moments from the show featuring the housemates and what they wore.

On TBoss and Kemen…

Key moments at the show included AY reminding the audience of TBoss’ infamous private jet statement. He also asked that mercy be shown on Kemen despite his inappropriate behavior in the house, challenging  the crowd to remember that ” To err is human, to forgive divine”

On Efe and Marvis…

The talk of a potential relationship between Efe and Marvis was, once and for all, buried. When asked by AY if she would consider him in “another lifetime”, Marvis responded “Maybe.”

Bisola to star in AY’s Next Movie…

After getting the audience riled up with her “Na The Work Wey We Dey do” catch-phrase, Bisola was assured of a role in AY’s next movie.

TTT, Soma, CocoIce, Bisola, Ese and Debie-Rise – also took their turns as the butt of jokes.

Miyonce, Bally  and Jon Ogah were absent. Although Uriel and Bassey were at the event, the pair were not on stage.

Finally, at the end of the show, AY surprised the excited crowd with performances from Davido and TeKno to wrap up the night.

Scroll down for more photos from the eventful night…

Did you attend or watch the show? What were your favorite moments of the show? comment below and let us know.

A fashion enthusiast, cosmopolite and aspiring designer. I love traveling, learning about other cultures and languages. I truly believe in Blair Waldorf’s words that “fashion is architecture all in one. It shows the world who we are and who we’d like to be.” At Style Rave, we aim to inspire our readers by providing engaging content to not just entertain but to inform and empower you as you ASPIRE to become more stylish, live smarter and be healthier. Follow us on Instagram! @StyleRave_ ♥