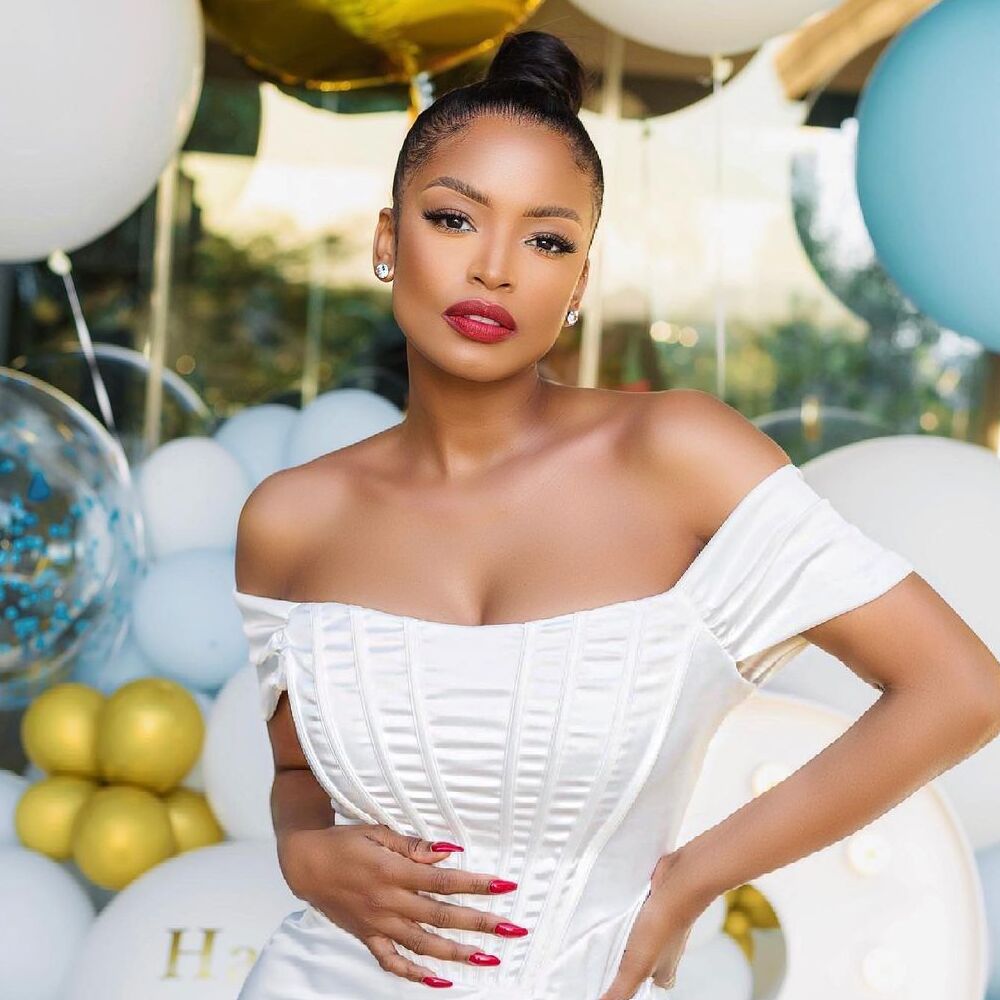 Ayanda Thabethe hints at relationship, Nicki Minaj set to host RHOP, Thompson-Herah breaks record. Stay in the know with our Rave News Digest which summarizes five of the hottest global news you need to catch up on, saving you time and energy. Consider it your daily news fix.

Over the past few months, South African media personality, Ayanda Thabethe has hinted about being in a relationship, and now she is slowly letting the world in on it. Taking to her Instagram stories on Sunday, August 1, the 35 year old shared a glimpse of her supposed new man as the duo cuddled up. Although she has kept her partner’s identity a secret, last year reports alleged she had found love with Bafana Bafana captain, Bongani Khumalo. This was after sources said they spotted the couple allegedly showing public affection at the Style Awards.

Some sad news coming out of the Team Nigeria camp in Tokyo. Sprinter Enoch Adegoke has reportedly sustained an injury in the just concluded men’s 100 final.

We can’t seem to catch a break at these #Olympics 😞 pic.twitter.com/pcN7IiRPal

Enoch Adegoke’s dream of becoming the first Nigerian man to win a 100 meters Olympic medal came to an end on Sunday as he pulled up midway into the final of the blue riband event which was won by Italian sprinter, Lamont Marcell Jacobs. Fred Kerley of the United States won the silver while Andre de Grasse of Canada came in third place. After Great Britain’s Zharnel Hughes was disqualified for a false start, the race finally got underway with Adegoke, in lane 8 going neck-to-neck with De Grasse in lane 9, before the Nigerian pulled up at the 60-metre mark. It was a sad end to a glorious campaign for Adegoke who ran a lifetime best of 9.98s in the heats. He also equaled his previous personal best of 10.00s during Tokyo 2020.

Nicki Minaj may be taking her talents over to the #RHOP reunion. Nicki posted to her Instagram a remixed version of the Bravo teaser trailer along with the caption, “I’ll be hosting the reunion. lmk what y’all want me to ask chile.” It seems like fans on social media aren’t the only ones happy to hear this news, the real housewives are pretty excited too. Bravo hasn’t released an official statement but executive producer Andy Cohen seems okay with handing over the reins to Nicki. The longtime reunion host commented, “I want to see this!” with applause and flame emojis. Cohen then reposted Minaj’s slide on his own story, adding, “Nicki is not playing.” Ayanda Thabethe relationship

Samuel Takyi🇬🇭 has secured Ghana's first medal at the #Olympics in 2⃣9⃣ years!

Ghanaian boxer, Samuel Takyi has won his Olympic quarter-final to guarantee himself a medal at Tokyo 2020, a first Olympic medal his country in 29 years. Takyi beat Colombia’s 32-year-old southpaw, David Ceiber Avila, a far more experienced fighter, in the quarter-final, taking two of three rounds to send the Ghanaian contingent in the stands wild. Similar celebrations were happening across Ghana on the historic day in the ring, and they may get louder as Takyi moves on to the semi final where he’ll face the USA’s Ragan Duke. Duke eliminated Irish boxer Kurt Walker in his quarter-final bout. The 20-year-old has caused a sensation by making the podium after his selection for the boxing team in Tokyo initially caused eyebrows to raise. Now it’s hands in the air as “The Golden Ring Warrior” has brought it home, the first Olympic medal since the football team won bronze at Barcelona 1992. And the first boxing medal since middleweight Prince Amartey who took the bronze in Munch 1972.

Just a lil girl from BANANA GROUND who liked to run. Believe In your dreams work hard and have faith in God…ETH pic.twitter.com/UrR7UuGZGO

At the Tokyo Olympics this week, Jamaican runner Elaine Thompson-Herah broke Florence Griffith Joyner’s Olympic record in the women’s 100 meters, which has been unbeatable for the past 33 years. She pointed at the scoreboard even before crossing the line in 10.61 seconds on Saturday, July 31, to defend her title and lead a Jamaican sweep of the gold, silver, and bronze medals. Her time was just .01 second fast than Griffith Joyner, who set the old record of 10.62 at the 1988 Seoul Olympics. Thompson-Herah beat her top rival, Shelly-Ann Fraser-Pryce, by .13 seconds. Shericka Jackson rounded out the top three, winning bronze in 10.76. Featured image: @ayandathabethe_/Instagram  Our Week Day News Digest brings you a summary of five of the hottest news topics across the world––including celebrity news from Nollywood to Hollywood, the latest trending global headlines from American reports to top African news today, and the best sports stories in 2021.  For the latest in fashion, lifestyle and culture, follow us on Instagram @StyleRave_

5 Style Mistakes To Avoid As A Plus Size Woman