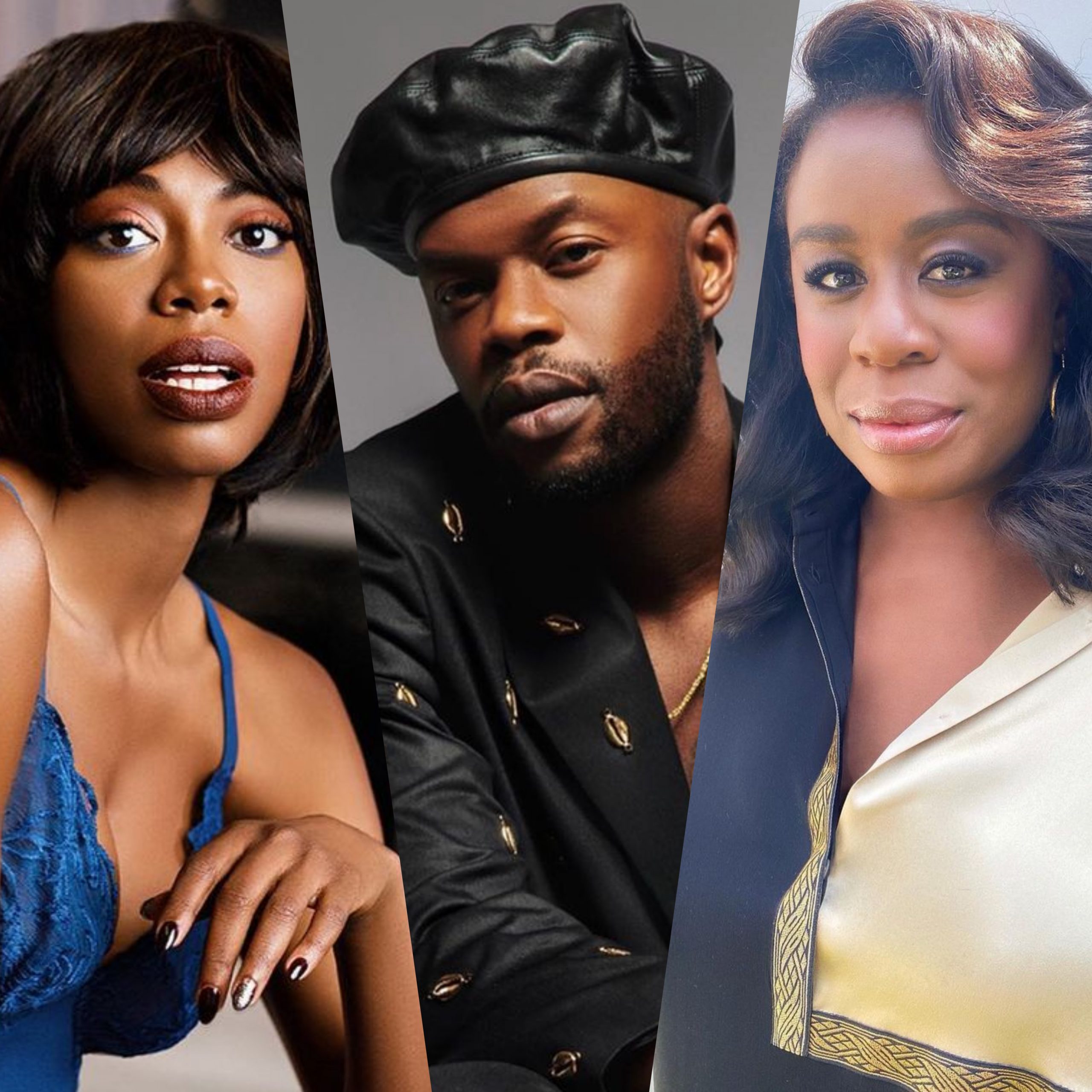 In the entertainment world today, many Americans who are of Nigerian descent have carved out a niche for themselves, thereby attaining celebrity status. Nigerians are known to travel far and wide and have not only survived in any country they set their feet upon but have also successfully dominated in various career fields. American actors of Nigerian descent

Hollywood, the most diverse film industry in the world, is one of such fields. Boasting an array of talents from around the globe, it is no surprise that Nigerian actors are numbered among the most successful in the American film industry.

Uzo Aduba was born in Boston, Massachusetts, to parents from Nigeria and grew up in Medfield, Massachusetts. She graduated from Medfield High School in 1999, and consequently attended Boston University where she studied classical voice and competed in track and field. Aduba began earning recognition for her work in 2003, with a performance in Translations of Xhosa at the John F. Kennedy Center. In 2013 she began to receive wider recognition and acclaim for her portrayal of Suzanne Warren, also known as Crazy Eyes, in the Netflix series Orange Is the New Black. In 2020, Aduba played Shirley Chisholm in the Hulu miniseries Mrs. America, for which she won an Emmy Award for Outstanding Supporting Actress in a Limited Series or Movie. American actors of Nigerian descent

Olurotimi Akinosho was born in Maplewood, New Jersey, to Nigerian parents. His father, Segun Akinosho is an investment banker of Yoruba origin and his mother who is of Igbo origin worked for the US government. In 2010, Rotimi graduated from Northwestern University with a bachelor’s degree in Communication and a minor in Business in 2010. Rotimi is an actor, producer, and singer who is famous for his roles in Divergent, Power, and Coming 2 America.

Yvonne Anuli Orji was born on December 2, 1983, in Port Harcourt, Rivers State, Nigeria, and grew up in Laurel, Maryland in the United States. She spent her high school years in the small town of Lititz, Pennsylvania and earned her BA in liberal arts from the George Washington University. Consequently, Yvonne went on to receive a master’s degree in public health at George Washington University. After graduate school, Orji moved to New York City to pursue a career in comedy. As a result, she landed the role of Molly on Insecure without an agent or any real acting experience. This role got her recognized and landed her other gigs in Hollywood and got her an Emmy nomination. She has also appeared in Night school, her own HBO comedy show Momma, I made it and a production deal with Disney+ for First Gen, a TV series based on her life. American actors of Nigerian descent

Nnamdi Asomugha was born in Lafayette, Louisiana, to Nigerian Igbo parents. He was raised in Los Angeles, California. Nnamdi began his professional football career with the Oakland Raiders after being selected in the first round of the 2003 NFL draft. A four-time All-Pro selection, Asomugha emerged as one of the League’s best defensive backs. He retired after 11 seasons in the NFL. Asomugha made his professional acting debut in 2008 on the CW Network sitcom The Game and has gone on to write, produce and star in more productions. He is married to actor, director and producer Kerry Washington.

Actor, director, and writer Adepero Oduye hails from Brooklyn, New York City, one of seven children of Nigerian parents. Although she graduated pre-med from Cornell University, she decided to pursue her passion for acting upon graduation. Oduye’s breakout role was for writer/director Dee Rees as Alike in the award-winning short film Pariah for which she received several awards and a nomination for Best Female Lead at the Independent Spirit Awards. During her Golden Globe acceptance speech for The Iron Lady, Meryl Streep mentioned some of her favorite performances of the year, highlighting Oduye in Pariah. Some of her other credits include 12 years a slave, The Big Short, and Widows.

Oladayo A. Okeniyi was born in Jos and grew up in Lagos, Nigeria, and has four siblings. His father is a retired customs officer from Nigeria, and his mother is a literature teacher from Kenya. In 2003, he moved with his family to Indiana, United States and later, they moved to California. He earned a bachelor’s degree in visual communications at Anderson University (Indiana) in 2009. His breakout role was in The Hunger Games. Prior to being cast, Okeniyi worked in local theatre and in film shorts. He has also starred in Endless Love, Terminator Genesys, Shades of Blue and more.

Ebubennem Megalyn Ann Echikunwoke was born May 28, 1983 in Spokane, Washington to Nigerian father Onigwe Echikunwoke of Igbo origin, and Anita Laurie of English and Scots-Irish descent. Echikunwoke was discovered while performing in a theatrical production for an arts academy, and began working professionally at age 15. Her father–an immigrant to the United States–was a survivor of the Nigerian Civil War during which he suffered gunshot wounds that resulted in him contracting hepatitis B. When Echikunwoke was four years old, her father died of liver cancer stemming from the gunshot wounds and hepatitis B. She has starred in films including The 4400, Night school, Almost family, Mind Games. American actors of Nigerian descent

Donald Adeosun Faison is a popular Hollywood actor who hails from the Yoruba tribe. He was born to a Nigerian father and an American mother on the 22nd of June, 1974. Donald is a popular actor-comedian who came into limelight in the ABC comedy film Clueless. He has 2 siblings; musician Olamide Faison and Dade Faison. Faison graduated from the Professional Children’s School in New York City. He is popularly know for his roles in Scrubs, Emergence and The Exes.

Folake Olowofoyeku was born in Nigeria to Nigerian politician Babatunji Olowofoyeku and Felicia Olowofoyeku. She is the youngest child of 20 children who grew up in Victoria Island in Lagos, Nigeria, and also spent time in London. One of her older brothers is the musician and guitarist Toby Foyeh. Olowofoyeku attended Igbinedion Education Centre, a Montessori boarding school in Benin City. She then transferred to Vivian Fowler Memorial College for Girls in Ikeja, Lagos and then attended Oxbridge Tutorial College. In 2001 at the age of 18 years old, Olowofoyeku emigrated to the United States, where she came to live with her sister. Although initially studying economics in anticipation of becoming an attorney, Olowofoyeku received a B.A. with honors in theater from City College of New York. She currently stars in the sitcom Bob Hearts Abishola.

Olugbenga Enitan Temitope Akinnagbe was born in Washington, D.C. He is the son of Yoruba Nigerian parents, and was raised in Silver Spring, Maryland. He is the second oldest of six children, with an older sister and four younger brothers, and the first in his family to be born in the United States. He attended Bucknell University on a wrestling scholarship, and graduated in 2000 with a degree in Political Science and English. Akinnagbe’s cousin is rapper Wale. Akinnagbe has had roles in The Deuces, The Wire, 24 and more.

Nyambi Nyambi was born in Norman, Oklahoma, to Nigerian parents on April 26, 1979. He played Division I basketball while attending college at Bucknell University. After graduating, he earned his Master of Fine Arts in acting at New York University. He also attended the Stella Adler Studio of Acting in New York City. His big break came when he was cast in the sitcom Mike & Molly as Samuel, a Senegalese waiter. He also has credits on The Good Fight, The Death of Superman, and more. American actors of Nigerian descent

A post shared by Music in the Somerset Hills (@musicinthesomersethills)

Okieriete Onaodowan was born in Newark, New Jersey, to Nigerian parents. He and his five sisters were raised in West Orange, New Jersey. Onaodowan briefly played football for his high school, but he stopped after an injury during practice. As a result of the injury, Onaodowan started to explore acting as an alternative extracurricular activity. After high school, he auditioned for and was accepted to the Mason Gross School of the Arts at Rutgers University. He was in the Broadway production of Hamilton and currently stars on Station 19.

Samuel Oluwaseyi Adegoke was born in Lagos, Nigeria, but raised in Minneapolis, Minnesota and St. Paul, Minnesota. His parents were missionary ministers and came to the United States when he was a young child. He is the youngest of seven children. Adegoke studied marketing and finance at the University of Minnesota, and was president of the Black Student Union, vice-president in his fraternity, and served in student government. He is mostly known for his role on Dynasty. American actors of Nigerian descent