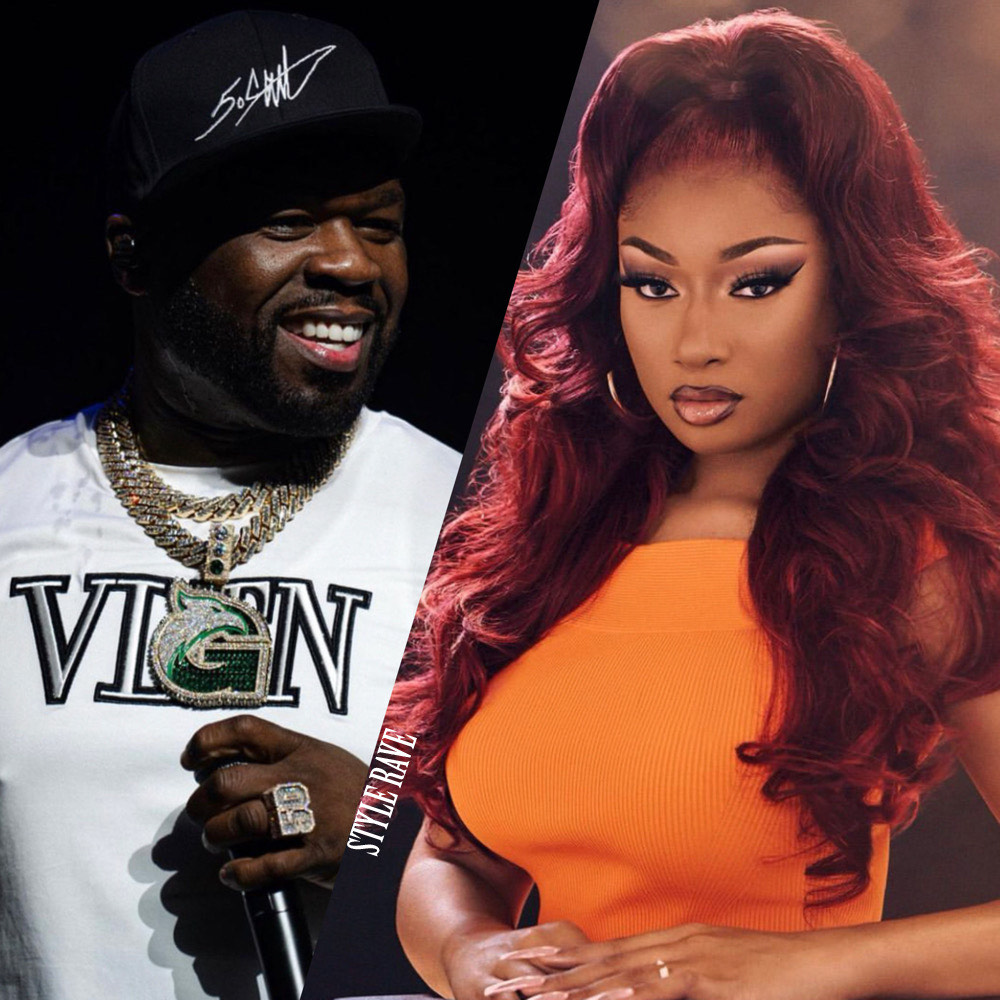 50 Cent apologizes to Megan Thee Stallion, Ruger previews upcoming single, Osimhen awarded Power Horse Emerging Player of the Year. Stay in the know with our Rave News Digest which summarizes five of the hottest global news you need to catch up on, saving you time and energy. Consider it your daily news fix.

In a rare occurrence, 50 Cent is apologizing for comments he made about Megan Thee Stallion. During a radio interview with REAL 92.3’s Big Boy, the Queens rapper admitted he needed to apologize to the Houston rapper because he was caught up in inaccurate social media reports about what happened. “I’m gonna apologize to Megan Thee Stallion,” 50 told Big Boy. “I said some things, and it was because… On social media, I posted things that — when she was with Gayle [King] — she said, ‘Were you intimate with Tory Lanez?’ And she said, ‘What?’ and it was like, ‘No.’ And I was like, ‘Ah, she lying.’ At that point I knew she was lying, it wouldn’t be no reason for them to be around each other. From that, it felt like she was lying, to me.”

Additionally, he said the reason he “should apologize to her,” is “because when I heard the [jail] phone conversation [between Lanez and Meg’s former best friend Kelsey Harris] … That made me feel like, ‘Oh s**t, now I know what happened.’ I’m sure that was probably what swayed people in court too.”

Last month, 50 Cent shared a meme on Instagram comparing Megan to Jussie Smollett, captioning the post: “Damn I’m confused all this sh– going around I don’t know what to think LOL.”

Nigerian dancehall sensation Ruger previewed an unreleased single via his Instagram account on Wednesday. The song is set to be part of the tracks on his upcoming debut album. The bouncy dancehall single has Ruger’s smooth melody and delivery, and it promises to be a catchy one.

With the preview suggesting the impending release of a new single, the star will be set to start 2023 in a strong way as he prepares listeners for the release of his debut album.

I would like to thank everyone who has supported me on my YouTube Journey, but it is the end… https://t.co/dCUUm9WVS6

Lasizwe Dambuza has marked the end of his YouTube journey as a content creator. Having created comedy skits for years, he is now calling it quits. “I would like to thank everyone who has supported me on my YouTube Journey, but it is the end,” he captioned a post on Twitter. In the clip he shared, Lasizwe said he’d had a difficult time and had to take a break to focus on his mental health.

The content creator announced a new plan that is still in the pipeline: the African Network Channel. The 23-year-old comedian was one of few young adults on the continent to be named to the Forbes 30 Under 30 list for 2022 in June. Lasizwe was also among the most-watched content creators on YouTube in South Africa in 2021.

My apologies to the people if any disrespect! We still gonna push to make the connection between black people in America and Africa … what I’m trying to do is more than a video and you should see coming soon! My apologies to the the office also!

Meek Mill spent part of his December in Ghana, where he headlined the Afronation concert. For the American rapper, it was a time to connect with his African roots, a desire he had previously shared on Twitter. During his time in Ghana, Meek Mill visited the presidential villa where he met with the Ghanaian president, Nana Akufo-Addo. During his visit, Meek Mill shot some scenes inside the presidential palace, and these scenes were featured in his promotional video. The video drew criticism from Ghanaians who shared their displeasure on Twitter, where they described his actions as disrespectful.

The American rapper has taken to his Twitter account to apologize to the people of Ghana for any displeasure his action might have caused. According to him, his action was inspired by his desire to appreciate the culture. “My apologies to the people if any disrespect! We still gonna push to make the connection between black people in America and Africa … what I’m trying to do is more than a video and you should see coming soon! My apologies to the office also!” The tweets read. Meek Mill also deleted the video and explained that he hopes to continue uniting African Americans and Africans through his music.

Victor was not able to attend the event in Dubai, so Globe Soccer and POWER HORSE® decided to hold the award ceremony in Naples, Victor’s current residence. Salvatore Caizzone, CEO of Power Horse, was joined by Cristiano Giuntoli, Sporting Director of SSC Napoli, and Enrico Bendoni of Globe Soccer as they handed out the award to the winner.

The 80s Fashion Trends Our Editors Agree Are Welcomed In 2023