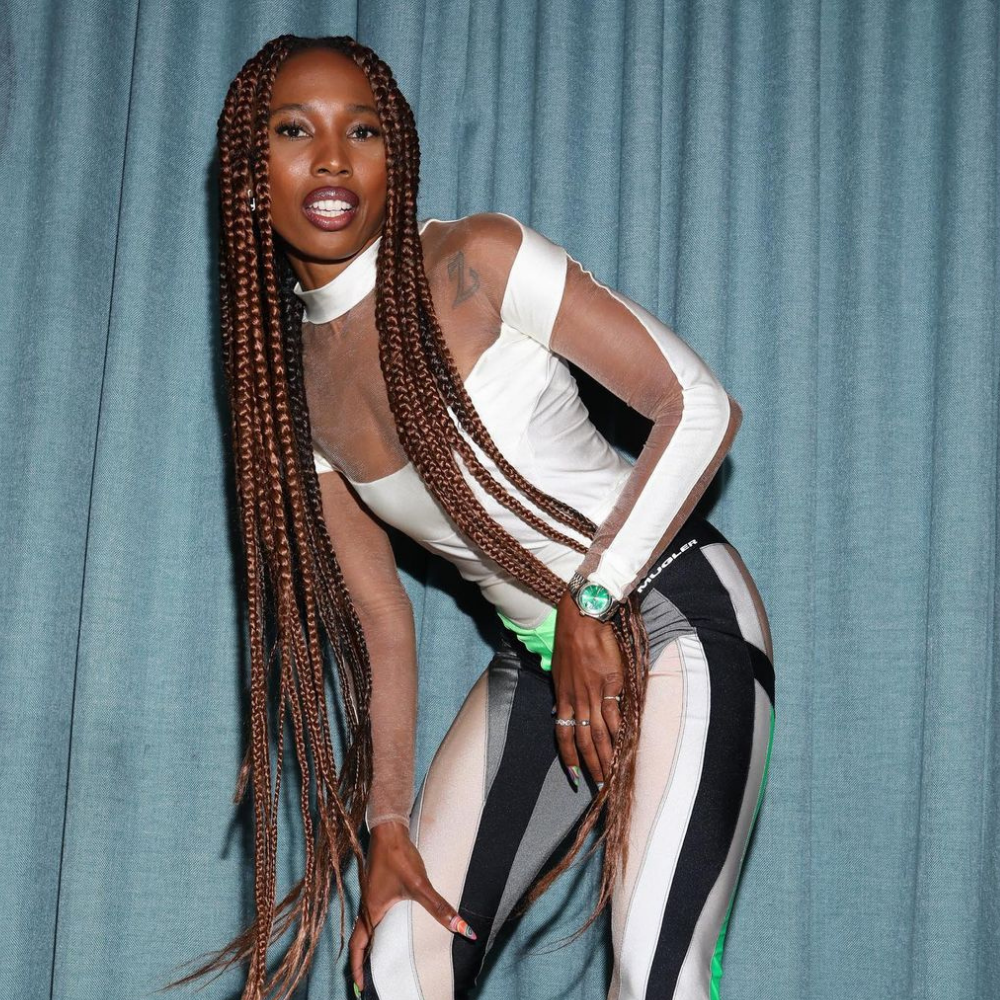 Zerina Akers wins Emmy Award for Black Is King, Alexx Ekubo and fiance reportedly split, Robertson extends Liverpool contract. Stay in the know with our Rave News Digest which summarizes five of the hottest global news you need to catch up on, saving you time and energy. Consider it your daily news fix.

While the 2021 Primetime Emmy Awards are still a few weeks away, the trophies have already begun rolling out for some of the past year’s biggest shows. Beyoncé‘s “Black is King” is among the early winners for this year’s Emmy Awards, as the Television Academy announced juried category honorees in the fields of animation, costume, interactive programming and motion design.

Juried categories are decided by a panel of professionals in the appropriate peer groups with the possibility of one, more than one or no entry being awarded an Emmy. There are no nominees but a one-step evaluation and voting procedure with open discussions of each piece of work.

Costumes for a variety, nonfiction or reality program went to “Black is King” as Zerina Akers, costume designer and Timothy White, costume supervisor won the Emmy Award for that category. The juried awards will be presented at the 2021 Creative Arts Emmy Awards, which take place in Los Angeles on September 11 and 12. The Primetime Emmy Awards will follow on September 19.

There are reports that Nollywood actor Alexx Ekubo and his fiancée Fancy Acholonu have called off their engagement. Ekubo proposed to Acholonu in May 2021. These reports claim that she called off the engagement and deleted their joint Instagram page, FalexxForever. Acholonu has unfollowed the movie star on Instagram although he still follows her.

However, Ekubo still has photos and videos from their proposal and engagement ceremony on his Instagram page. While Acholonu has deleted every photo she has with the movie star on her own page. The couple got engaged in Los Angeles, and were set to walk down the aisle in November. At the time, the duo seemed very excited about the wedding.

Nollywood actor Alexx Ekubo’s ex-fiancee has officially called off their engagement. The American-born model took to her Instagram page on Thursday, August 26, 2021, where she revealed that she has ended her relationship and engagement with the movie star.

3. South Africa unemployment rate rises to highest in the world

South Africa’s finance industry recorded the largest decrease in employment in the second quarter, pushing the nation’s jobless rate to 34.4%, the highest in the world https://t.co/QBMl3Ml3eo

South Africa’s unemployment rate surged to the highest on a global list of 82 countries monitored by Bloomberg. The jobless rate rose to 34.4% in the second quarter of 2021 from 32.6% in the three months through March, Statistics South Africa said Tuesday in a report released in the capital, Pretoria. The median of three economists’ estimates was 33.2%.

The unemployment data is likely to deteriorate in the third quarter because the government tightened Covid-19 curbs in the face of a third wave of infections, hindering efforts to revive an economy that shrank 7% last year. Rising joblessness rate could heap pressure on authorities to extend relief measures that would complicate efforts to stabilize public finances.

The death toll has risen from the shooting near the French embassy in Tanzania. Three police officers and a private security guard have been killed by a gunman in the economic hub of Dar es Salaam, police said. The unidentified shooter was also killed.

Head of police operations Liberatus Sabas told reporters that the motive of the gunman was still not known. Six other people were injured. “Residents should remain calm as we investigate the matter,” Mr Sabas said. President Samia Suluhu Hassan tweeted that the attacker had been “neutralized” and that calm had been restored.

Liverpool left-back Andy Robertson has signed a new deal with the club which runs until the summer of 2026. The 27-year-old Scotland captain joined the Reds from Hull in July 2017 for an initial fee of £8m and has made 177 appearances for the Anfield club.

Robertson follows Trent Alexander-Arnold, Fabinho, Alisson and Virgil van Dijk in extending his contract with Liverpool this summer. “I want to stay at this club for as long as possible,” said Robertson. “It’s always a happy time for me, for my family. We’re settled here, we love everything about this football club and I’m glad that the journey is continuing.”

Robertson has won the Premier League, Champions League, FIFA Club World Cup and UEFA Super Cup during his time at Liverpool. His start to this season has been hampered by an ankle ligament damage he suffered in a pre-season friendly against Athletic Bilbao. It has resulted in him missing Liverpool’s first two games of the Premier League season–victories over Norwich City and Burnley. Robertson said the injury was “nothing too major” and he has been named in Scotland’s squad for World Cup qualifiers next month.

Natural Ways To Get Rid Of The Flu