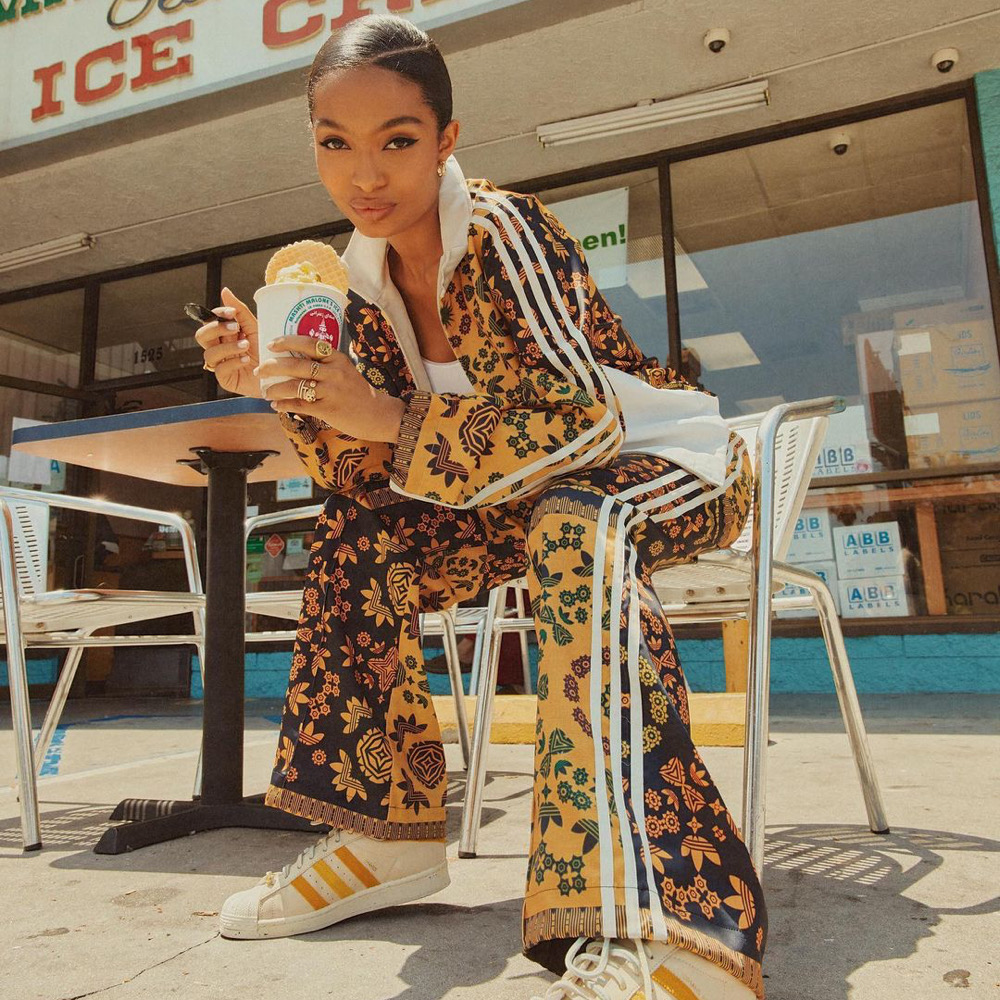 Yara Shahidi debuts new collection with Adidas, President Buhari’s son-in-law wanted, David Luiz to leave Arsenal. Stay in the know with our Rave News Digest, which summarizes five of the hottest global news you need to catch up on, saving you time and energy. Consider it your daily news fix.

This season, Adidas Originals and Yara Shahidi have presented a two-part collaborative footwear and apparel collection. The new partnership features the spirit of Recreation through unique takes on the actress’s Iranian and African American heritage. The first part of the Adidas collaboration released includes Yara Shahidi’s elevated design of the Superstar silhouette, infusing the iconic sneaker with several eclectic upgrades.

The collection also features two distinctive, the 1960s inspired takes on the classic Adidas tracksuit. Launching on May 13 in North America, the Adidas Originals by Yara Shahidi collaborative collection is available through adidas.com.

Corruption investigators in Nigeria have declared that the president’s son-in-law Gimba Yau Kumo is “wanted” in connection with an alleged $65m (£46m) housing fraud. The former managing director of the Federal Mortgage Bank of Nigeria (FMBN) is being sought by the Independent Corrupt Practices Commission (ICPC) along with two others. Mr. Kumo married President Muhammadu Buhari’s second daughter Fatima in 2016.

According to reports, they could not immediately contact the three men for comments, and the presidential spokesman confirmed the investigation. In April, Nigeria’s senate committee on public accounts had summoned Mr. Kumo to explain an alleged irregular contract awarded when he was still staff at the bank.

While he’s made it clear he’s no longer rapping to prove a point, Nasty C won’t let his peers think they are his competition, and he made that clear in his recent freestyle verse on US radio show “Hoodrich Radio.” In his verse, the rapper said: “If you want a pat on the back, just say that, don’t speak about me in your track. Ask for a picture, I’ll give you that and tell you I f*** with your terrible raps…”

In another line, the rapper said, “You need to mention my name to go viral.”

And while there was no name dropping in his verse, his fans immediately knew the direction Nasty C’s bars were aimed at. They assumed he was looking to let the likes of Pretty Ugly — who recently named him in a diss track — and newbie Big Xhosa know “was up.”

4. Ghana: US envoy arrives in Israel for de-escalation talks

A US envoy has arrived in Tel Aviv for de-escalation talks as unrest between Israel and the Palestinians continues. Hady Amr will take part in the negotiations with Israeli, Palestinian, and UN officials in the hope of agreeing on a ceasefire.

Early on Saturday, Israel conducted airstrikes in Gaza, and Palestinian militants responded by firing rockets into Israel. The clashes recorded over the past five days mark some of the worst violence in the region in years. The conflict began on Monday and followed weeks of spiraling Israeli-Palestinian tension in East Jerusalem. The increased hostilities culminated in clashes at a holy site revered by both Muslims and Jews.

Brazilian center-back David Luiz will leave Arsenal this summer. The 34-year-old met with club officials on Friday when they decided to sever ties after two years at Emirates Stadium. Luiz has made 30 appearances in all competitions this season, but the Gunners feel they need to look towards the future after a torrid campaign.

It is not known whether the former Paris St Germain and Chelsea defender intend to remain in England. Luiz, who joined from London rivals Chelsea for £8m in August 2019, has missed Arsenal’s last three games with a hamstring injury. Mikel Arteta’s side is ninth in the Premier League.