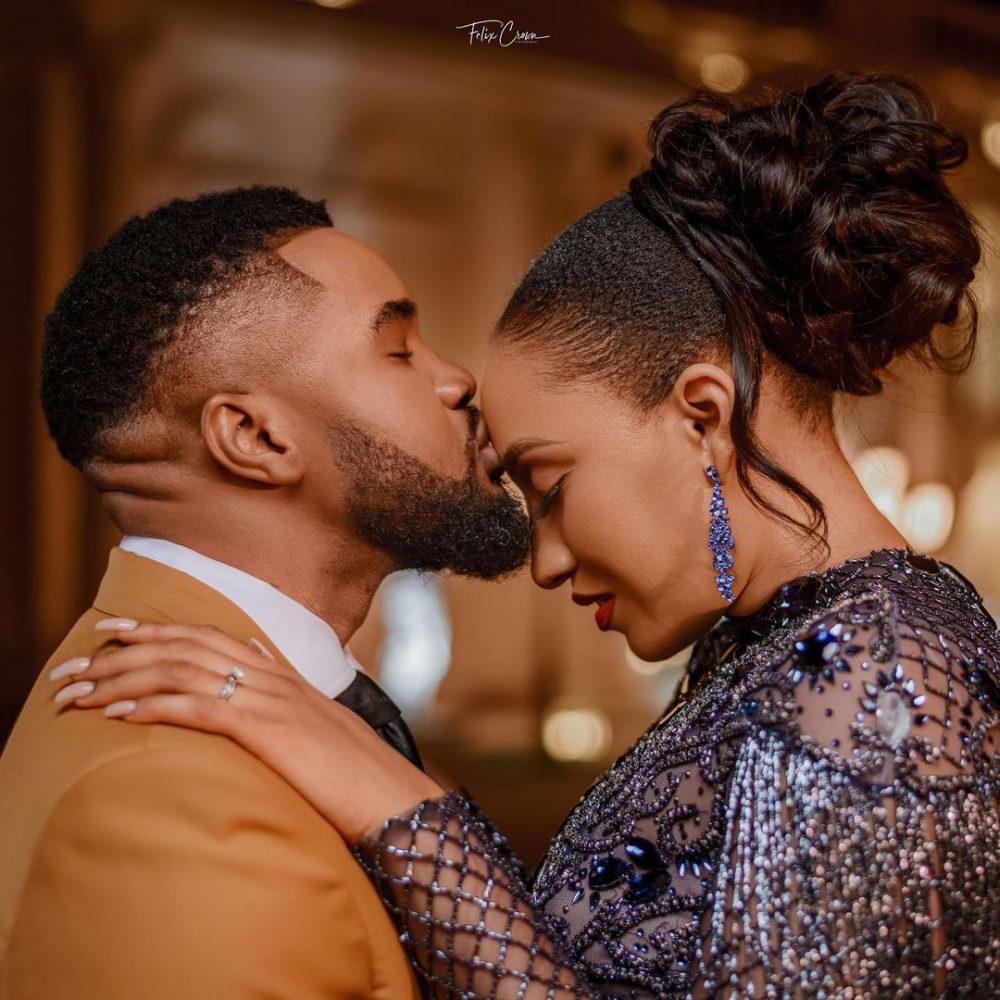 Vivian’s Bedroom Talk: 5 Sex Games To Deepen Your Relationship On Val’s Night And Beyond

Williams Uchemba and wife welcome daughter, Jordan Peele releases trailer for ‘Nope’, Sadio Mane gets stadium named after him. Stay in the know with our Rave News Digest which summarizes five of the hottest global news you need to catch up on, saving you time and energy. Consider it your daily news fix.

Nollywood actor Williams Uchemba and his wife Brunella Oscar have welcomed a daughter. The movie star took to his Instagram page on Sunday, February 13, to announce the big news. “WELCOME HOME Chikamara Isabella Uchembah (@kamarauchemba) Thank you for fulfilling my greatest desire of being a Dad❤️❤️ I can’t explain how you make me feel but it’s been so surreal💞💕 I LOVE YOU,” he wrote.

Uchemba and Oscar got engaged in October 2020. They tied the knot in a very colorful wedding ceremony in November that same year. Oscar is an English-trained medical doctor from the Hull York Medical School in England.

This summer is going to be very scary, thanks to Jordan Peele. The Oscar-winning writer and director is dropping his third horror film this July and from the looks of the first full trailer, it’s going to be good and creepy. Cheekily titled “Nope,” Peele seems to be blending horror and sci-fi in his latest effort, which stars Keke Palmer, Daniel Kaluuya, and Steven Yeun.

Though few plot details are revealed in this first full look at Nope — probably because Peele wants to keep fans guessing — the ominous trailer gives us just enough information to both intrigue and frighten us…and get us hyped enough to head to theaters this summer. In addition to Palmer and Kaluuya, Nope also stars Barbie Ferreira, Brandon Perea, and Michael Wincott. It will hit theaters on July 22nd.

Nomalanga Shozi was glowing at her baby shower this week, spilling not only a gender reveal but also parenting with Major League’s Bandile Mbere. The media personality recently took social media by storm when she revealed she is expecting, posting a snap showing off her baby bump. “Rumour has it,” she captioned the post.

Nomalanga and Bandile attended a baby shower this week where she revealed that while she was excited to begin her maternity journey, she was also scared. The actress further mentioned that she and Bandile would do their best to raise their baby well. Nomalanga revealed they are expecting a baby girl.

United States speed skater Erin Jackson has become the first Black woman to ever medal in the sport. She is also the first American to do so since 1994, according to reports. On Sunday, February 13, the 29-year-old Florida native made history as she clocked her lap at 37.04 seconds in the women’s 500-meter speed skating event at the Beijing Games.

Jackson is the world’s top-ranked 500 meter skater. She has been an inline skater since age 10, however, there is no Olympic competition for roller derby. In 2017, she pivoted to speedskating and placed 24th in the 500m at the 2018 PyeongChang games.

Jackson was all smiles as she finished her lap. But she was overcome with emotion after finding out she won gold, celebrating by lifting the American flag overhead during a victory lap. In November, the sensation became the first Black American woman to win a speed skating World Cup title. She took home first place in the women’s 500m race in Tomaszów Mazowiecki, Poland.

5. Sadio Mane: Liverpool star has stadium named after him in Senegal

‘Sadio Mane honored Senegal, the region of Sedhiou and all of Casamance. Mané amply deserves this gift.’ pic.twitter.com/Pxzt0Qn8Yb

Sadio Mane is to have a stadium named after him in the south-western city of Sedhiou after helping Senegal to their maiden continental success. The Liverpool forward scored the winning penalty as the Teranga Lions beat Egypt 4-2 on penalties to clinch their first-ever Africa Cup of Nations, after the game ended goalless following extra time. His three goals and two assists for the West African nation earned him the Most Valuable Player (MVP) award and now the mayor of Sedhiou, Adboulaye Diop, says the region’s football stadium will be named after its favorite son.

Mane won the heart of millions following charitable acts in his home town by pledging money to building a hospital and school, contributing to constructing mosques and providing funds to aid the fight against COVID-19. Before the Champions League final back in May 2018, he gifted Liverpool shirts to locals in his hometown of Bambali so they could wear them during the game.

Vivian’s Bedroom Talk: 5 Sex Games To Deepen Your Relationship On Val’s Night And Beyond