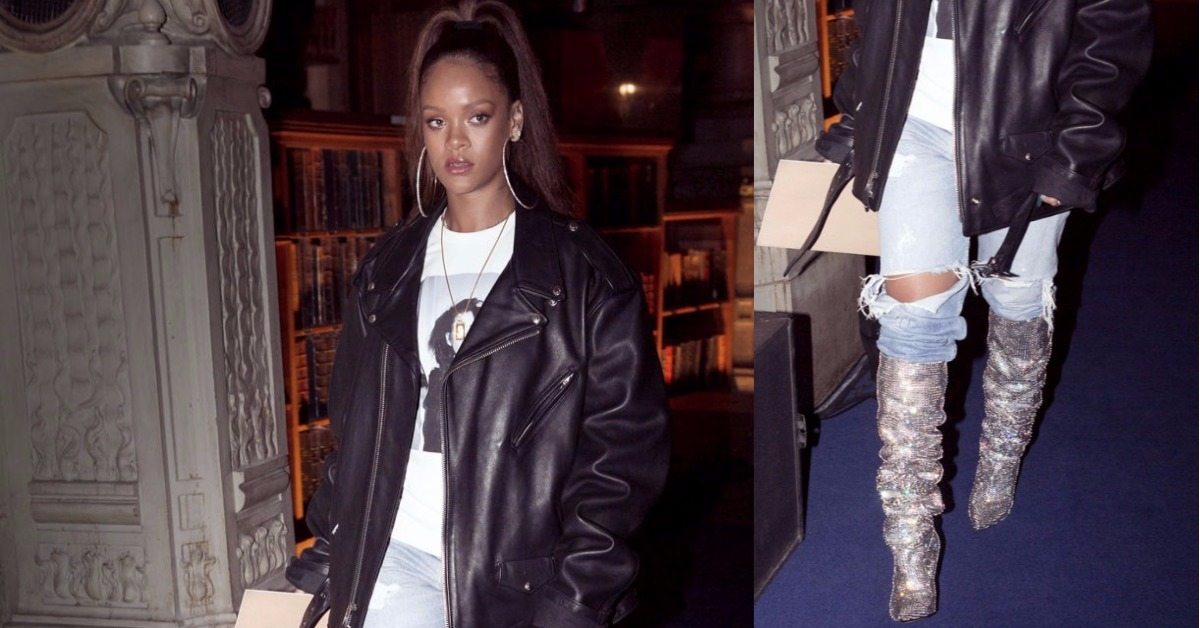 Bedazzled boots is another 90’s fashion that has recently taken over the fashion scene especially in Hollywood. The YSL sparkly boots which debuted earlier in the year and retails for $10,000 dollars, since its debut has become a sort of symbolic item for this season.

The YSL sparkly boots so in demand that it has such a long waiting list of faithfuls longing to wear them. For those celebrities who have gotten their hands on the enviable item, they’ve wasted no time in showing off just how fabulous the slouchy boots truly are.

Cardi B performed in the boots at the VMA pre-show awards that was held in august.

Marlo Hampton looks amazing as she pairs the YSL sparkly boot with an over-sized blazer.

Kendall Jenner Made headlines in June when she wore the sparkly boot to a base-ball game in Los Angeles.

Nene Leakes wore her boots with an over-sized tee for an October appearance on “Watch What Happens Live.”

GUCCI Bloom! Toke Makinwa, Waje And Others Are The Blooming Ladies From The Gucci Bloom Launch Private Party In Lagos