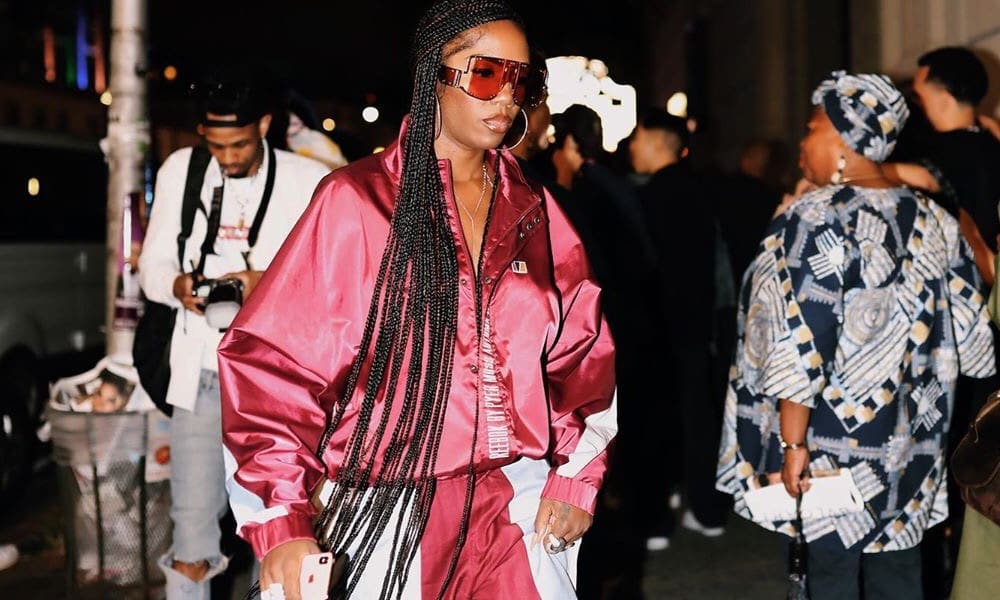 Tiwa definitely had a swell time in the big apple as the Afrobeats superstar attended several high profile shows including the LaQuan Smith and Pyer Moss showcases. With every look she stepped out in, Tiwa Savage proved that she’s a top contender when it comes to females in the African entertainment space who can pull off any fashion piece.

The mother of one was spotted in a thigh-high split slip dress by LaQuan at the LaQuan Smith show and also in another statement-making piece by Pyer Moss as she attended the Pyer Moss show.

New York clearly gave Tiwa the happiest of times. While in the city, her new single ‘49-99’ was brought to life on a Times Square electronic billboard – a major defining moment for any artist!

But Pyer Moss And LaQuan Smith were not the only shows she attended. Among other stops, Tiwa was also spotted at the NYFW showcases of African designers Maxhosa and Maki Oh, where she was spotted wearing a green and black off-the-shoulder dress at the Nigerian-based designer’s showcase.

What’s a New York fashion takeover without a Vogue magazine stopover? Nothing! Tiwa’s NYC moments were crowned by a Vogue feature following an interview with Vogue’s Rachel Hahn. Now, that’s how you make your mark in the big apple!