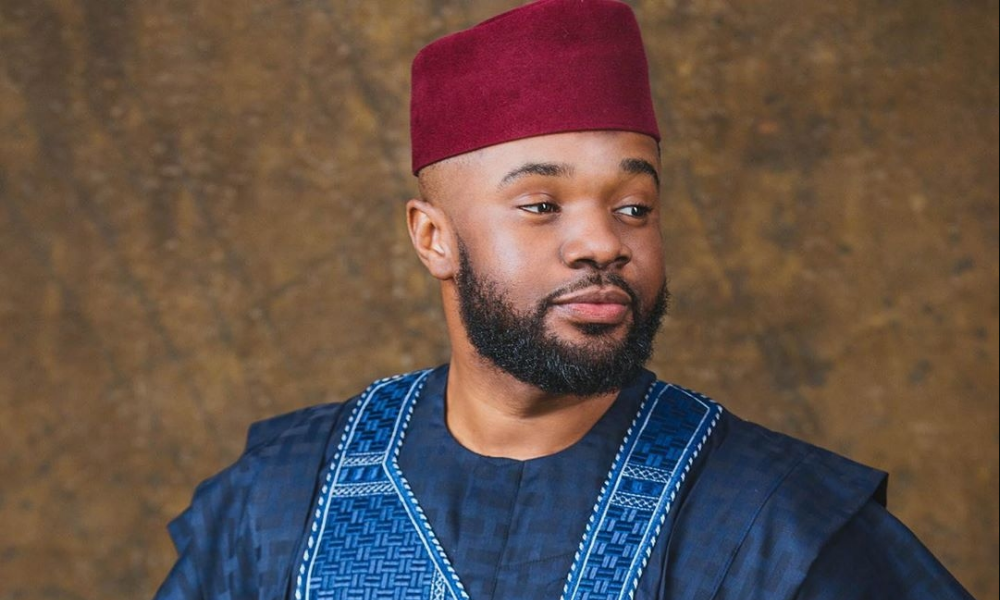 The Future Of Runway Is Changing: Gucci Catwalk Schedule Now Reduced To Twice A Year

Williams Uchemba fulfills promise to less privileged family, Trump threatens to close down social media, NFF extends Rohr’s contract. Stay in the know with our Rave News Digest which summarizes five of the hottest global news you need to catch up on, saving you time and energy. Consider it your daily news fix. Nigeria.

Williams Uchemba has finally fulfilled the promise he made to the family living under a telecom mast by providing accommodation and education for their kids. Williams Uchemba who, weeks ago, made a promise to assist the family of two girls whose family lives under a mast took to his Instagram on Thursday May 21, 2020, where he shared a video of the new house he got for the family. the Nigerian latest news

The family who had no idea there were at their new home were filled with joy when Uchemba gave them the keys to the new apartment. He also announced that the daughters will be on full scholarship until they are done with tertiary education.

While the family was still celebrating the house and scholarship gifts, Uchemba handed over a cheque for ₦1M to couple to start a transport business.

The Minority Chief Whip in Parliament, Alhaji Mohammed Mubarak Muntaka has revealed that two Parliamentarians and 13 staff in the Parliament of Ghana have so far tested positive for the coronavirus disease.

Speaking in a television interview on Accra based Joy Prime on Wednesday morning, the Minority Chief Whip in Parliament, Alhaji Mohammed Mubarak Muntaka also explained that the infected MPs and staff have been isolated while contact tracing has commenced. Ghana latest news

3. South Africa: Cigarette ban will see Ramaphosa and Dlamini-Zuma in court on 9 June

The Fair Trade Independent Tobacco Association’s (FITA) legal bid to have government’s controversial cigarette ban overturned is expected to be heard by the High Court in the week of 9 June 2020.

This latest update delivered by FITA on Wednesday morning comes after the government complied with the court order — albeit a few hours beyond the deadline — and delivered substantive documents detailing the National Coronavirus Command Council’s (NCCC) deliberation on the subject of cigarette sales during the lockdown.

These documents published by the applicant, FITA — which lists the President of the Republic of South Africa, Cyril Ramaphosa and the Minister of Cooperative Governance and Traditional Affairs, Nkosazana Dlamini-Zuma as primary respondents — are expected to reveal the minutes of the NCCC meeting which initially supported, but later overturned, the sale of tobacco during a move to Level 4 lockdown.

United States President Donald Trump on Wednesday threatened social media companies with a new regulation or even shutting them down a day after Twitter added fact checks to two of his tweets.

The president cannot unilaterally regulate or close the companies, which would require action by the US Congress or the Federal Communications Commission (FCC). But that didn’t stop Trump from angrily issuing a strong warning.

Claiming tech giants silence conservative voices, Trump tweeted, “We will strongly regulate, or close them down before we can ever allow this to happen.”

The Nigeria Football Federation has extended the contract of Gernot Rohr as the coach of Super Eagles. The NFF president, Amaju Pinnick, made this known on Wednesday without giving details of the contract.

It was reported that Rohr’s contract is due to expire in June and negotiation has been ongoing for months.

Amaju Pinnick expressed optimism that the completion of the contract would enable the coach to concentrate on developing football in the country.

Our Week Day News Digest brings you a summary of five of the hottest news topics today including latest News in Nigeria, African news, political news, international news, Hollywood news, sports news and news on Nigerian celebrities and African celebrities. Also, expect other top stories and more of the latest trending news today across the Sahara. A summary of the latest Nigerian news today 2020. the Nigerian latest news

The Future Of Runway Is Changing: Gucci Catwalk Schedule Now Reduced To Twice A Year