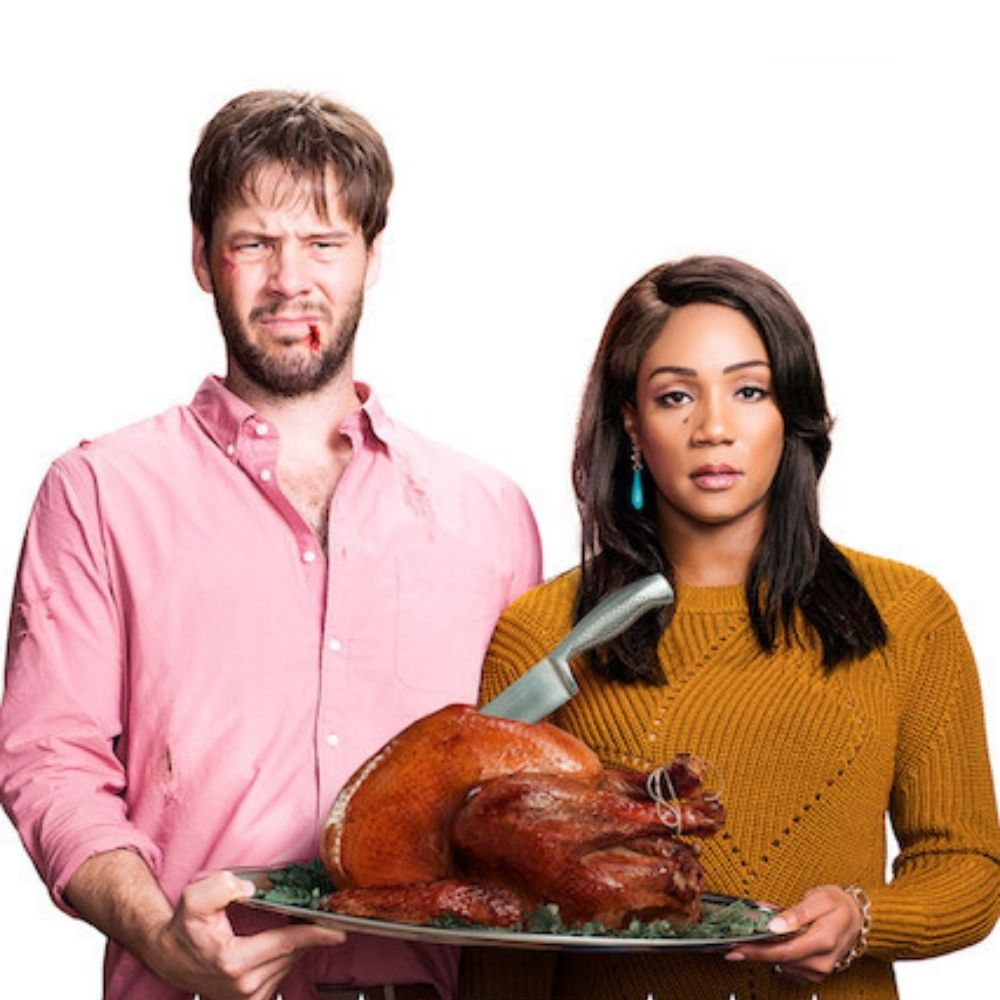 After the table of food has been devoured, every member of your family has taken turn to say what they’re thankful for, you’ve conquered the entire menu of Thanksgiving desserts, and had a good, long nap, it’s only tradition that what comes next is to gather around the television to watch amazing Thanksgiving movies with the entire family.

Watching Thanksgiving movies is only appropriate for this festive season because, at the end of the day, the holiday is more than just loading up on all the amazing food you can get your hands on. It’s also an opportunity to bond with the people you love most.

Rather than dive into Christmas-themed movies on Thanksgiving day, there are plenty of turkey day movies for you to enjoy with your family, friends, or by yourself on Thanksgiving and the day after (if you’re still in the spirit of the holiday).

Here are 15 of the best Thanksgiving movies to watch…

This movie isn’t your typical comedy content. It takes place in the future when the government decides everybody must take a loyalty pledge on Black Friday, which opens a rift during one family’s Thanksgiving dinner. Will they survive the weekend?

Nothing screams Thanksgiving that a Jim Henson puppet show. And since it’s too early for a Christmas movie, we’d settle for this movie about kids who go to investigate a local legend about monsters while visiting relatives for thanksgiving.

Voiced by Owen Wilson, Woody Harrelson, Amy Poehler, and George Takei, this animated comedy is the perfect family-friendly Thanksgiving film. In it, two time-traveling turkeys try to head back to the first feast to change the traditional Thanksgiving menu.

In this movie, Michael Oher — a homeless 17-year-old — has Thanksgiving dinner for the first time with the Tuohys. This movie makes us realize how thankful we are for family and friends. Thanksgiving movies 2021

In this movie, April invites her dying mother and the rest of her distant family over for Thanksgiving dinner. She ends up having problems in the kitchen and reaches out to someone in her apartment building for help. This person has to navigate her family dynamics.

This quaint and quirky Thanksgiving movie is about a family that gathers to feast, only to fight through every course. Politics, social norms, and who’s-dating-whom sparks every type of argument at Foster’s dinner table.

The Addams Family are usually associated with Halloween. But The Addams Family Values features a Thanksgiving pageant so unlike any others — starring Wednesday Addams — that all ’90s kids make this a yearly rewatch.

Best saved for the adults in the family, this well-known Sylvester Stallone movie features an unforgettable Thanksgiving dinner scene. This movie paved the way for you to burn through the sequel.

This is one of the best Thanksgiving movies because it’s an absolute classic. Charlie Brown and his gang never fail to give us the warmth and fuzziness that Thanksgiving requires. Being a classic, it also stirs up nostalgia and brings up childhood memories.

This movie feels like nothing else you’ve ever seen. it’s a somber but warm movie about friendship—fit with its own Friendsgiving scene—that feels like coming home. A famous comedian who’s diagnosed with a terminal illness hires a struggling comic to be his assistant and reconnects with old friends.

Krisha is a Thanksgiving movie about what happens when a sprawling family assembles around a single table. The title character, an alcoholic who hasn’t seen her son or her sister who took him in in years, returns sober, delicate, and ready to get her life in order. Thanksgiving movies 2021.

This classic Nora Ephron film not only gives us that trademark bittersweet ache of “but will they work out?” that only a really great rom-com can deliver, but the film is also much funnier. This movie is so iconic that it has a Thanksgiving grocery shopping scene that has cemented itself in the pop culture hall of fame.

This movie jumps around through four different Thanksgiving meals, all thrown by families from diverse backgrounds who have a few things in common: stress, food, and stressing over food.

This is an interesting tale of two unlikely pairs who end up being friends. Neal needs to reach home in time for Thanksgiving but experiences a series of misadventures when his flight gets cancelled and he ends up meeting Del, a goofy salesman.

Another kids-focused film, A Winnie the Pooh Thanksgiving, will have the kids singing and humming to the series of songs by Winnie and his friends. In addition, the adults aren’t left out of the fun, as you’ll also remember when Christopher Robin and his stuffed toys were your favorite part of the day. Good ‘ol days!

Thanksgiving traditions that don’t involve food include getting together with old high school friends before the main meal and, of course, watching football. In this film, which is about a man sent to his hometown for Thanksgiving in order to reschedule a football game with sworn foes that had been canceled 15 years earlier due to snow, the two elements are combined.

The Humans, which was adapted from Stephen Karam’s Tony Award-winning play, centers on a family celebrating Thanksgiving in one of their dilapidated flats. As the holiday goes on, the family begins to share their dreams and fears as well as secrets they’ve been keeping from one another.

Plans for a calm Friendsgiving between two best friends is quickly derailed when a large group of unexpected guests shows up at their party. How out of hand can a holiday gathering get?

You know when it’s a good moment to plot a heist? while everybody is distracted by something else, such as the Macy’s Thanksgiving Day Parade. A gang of employees who work for in luxury apartments who lost their pensions in a Ponzi scam swear retribution by preparing to rob their company during the procession.

Faith, family, and football sound to us like the makings of a heartfelt Thanksgiving movie. But there is a touching Thanksgiving moment in Disney’s adaptation of the true story, which is guided by steadfast matriarch Leigh Anne Tuohy (Sandra Bullock) as she takes on guardianship of Michael Oher, who transforms from a homeless kid to a first-round draft pick. So, yeah, it is a movie for Thanksgiving.

Although she is unlikely to know how to cook a 10-pound turkey, she can Google tips on how to DIY Thanksgiving like a pro. In this Noah Baumbach comedy, Greta Gerwig plays the autodidact, who will both make you laugh and cringe. The holiday portion? You’ll see that the ideal way to handle that climax is with wit and drama.

10 Of The Best 2022 Christmas Movies To Bring Good Tidings