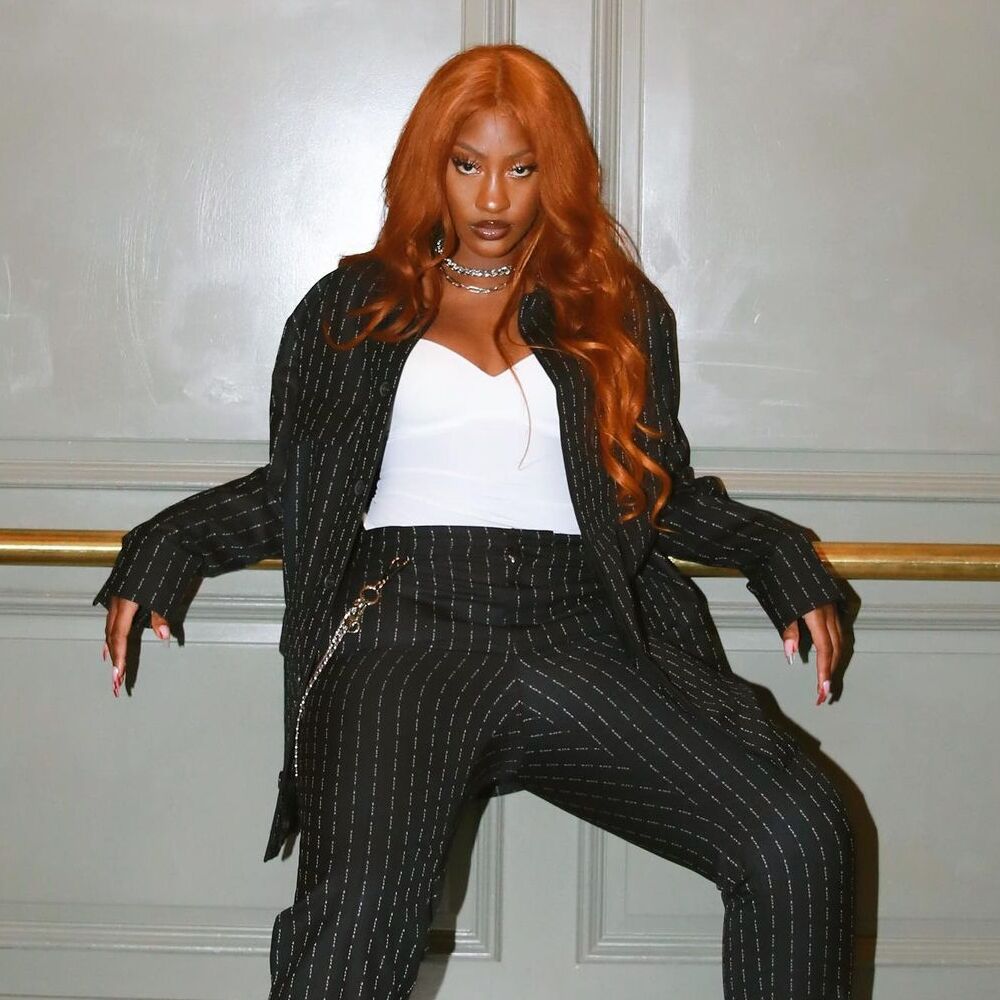 Tems performs at coveted Tiny Desk Concert, Megan Thee Stallion graduating, England squad called up. Stay in the know with our Rave News Digest which summarizes five of the hottest global news you need to catch up on, saving you time and energy. Consider it your daily news fix.

Tems continues her breakout year with a live performance of an array of records for NPR Music’s Tiny Desk (Home) concert series. The Nigerian R&B singer delivered the intimate performance from Lagos with live drums, guitar, keys, and bass.

Wearing a silky tangerine-toned two-piece set and matching printed headwrap, she began with “Found” from her latest released EP “If Orange Was A Place”, issued in September. Although she handled the small stage as the only vocalist, the official track features R&B singer Brent Faiyaz.

The chandelier-lit set, decorated by floral arrangements, was brought to life by Tems’ distinct voice and vocal range as she continued with a performance of “Free Mind,” “Looku Looku,” and “Replay.” The 26-year-old artist closed her set with “Damages,” one of the songs that helped her crossover into United States audiences.

2. Megan Thee Stallion is graduating from college this Winter

Megan Thee Stallion is preparing to graduate from Texas Southern University on December 11, and, as college students do, she posted some rather creative grad pictures leading up to the special ceremony. The rapper shared her second round of graduation photos to Instagram on Thursday afternoon, this time posing in front of Cadillacs with her diploma in hand.

“Showed my ass and still went to class🤘🏽🖕🏽IMA ALWAYS STAND OUT WITH NO HANDOUTS 🔥 doing everything they said I can’t/couldn’t ! Megan Thee Mf Stallion aka the mf Htown Hottie is graduating dec 11th from TEXAS SOUTHERN UNIVERSITY now go and talk abt that,” Megan wrote in the caption of the post. She also used these photos to promote an upcoming show she is doing in her hometown of Houston.

Congratulations are in order as hip hop star, television presenter and social activist Gigi Lamayne has been recognized as the leading inspirational trailblazer at the Women of Wonder (WOW) Awards. The prestigious ceremony took place on Saturday, October 30, at the Hilton Hotel in Sandton.

The “Iphupho” hitmaker took to Instagram to thank the WOW for the great honor. She also extended her gratitude to her fans for their continued support. The star shared a video on social media to announce the feat. In addition, to also set the record straight, insisting that she is not quitting the hip hop scene, but would be “experimenting” with other genres.

4. US envoy arrives in Ethiopia amid crisis

I received Amb Jeffrey Feltman, US Special Envoy for the Horn of Africa, to exchange views regarding developments in #Ethiopia & #Sudan, including our respective efforts with national & regional actors working towards dialogue and political solutions. pic.twitter.com/GwbU8aSEu6

The US envoy to the Horn of Africa is visiting the Ethiopian capital, Addis Ababa, to press for a peaceful solution to the war in the northern part of the country. Jeffrey Feltman’s visit comes as Tigrayan fighters have made some advances towards the capital in recent fighting. A police spokesman said many supporters of what he described as “illegal terrorists” had been arrested in Addis Ababa.

The US has authorized the voluntary departure of non-essential government employees. Britain has urged its citizens to leave while commercial options are still available. Kenya has increased security along its border with Ethiopia. Earlier, the head of the African Union, which has its headquarters in Addis Ababa, posted pictures of his meeting with Mr Feltman.

Marcus Rashford and Jude Bellingham have been recalled to the England squad for this month’s World Cup qualifiers with Albania and San Marino. There is no place in the squad for Rashford’s Manchester United team-mates Jadon Sancho and Jesse Lingard. England play Albania at Wembley on 12 November before rounding off their qualifying campaign away to San Marino on 15 November. They require four points from those games to qualify for Qatar 2022.

Liverpool’s Trent Alexander-Arnold, who last played for the Three Lions on September 5, also returns to the squad. Forward Rashford has not played for England since the Euro 2020 final defeat by Italy in July. He returned to club action on October 16, after shoulder surgery and has scored three goals in five appearances.

Lingard and Sancho both made the last squad but both have experienced issues with lack of form and game time. Borussia Dortmund midfielder Bellingham, 18, was left out of the squad for last month’s qualifiers against Andorra and Hungary. Harry Maguire, Reece James and Kalvin Phillips also return, with Kieran Trippier, Fikayo Tomori and Ollie Watkins dropping out.

Workwear Special: 15 Outfit Inspirations For Everyday Of the Week