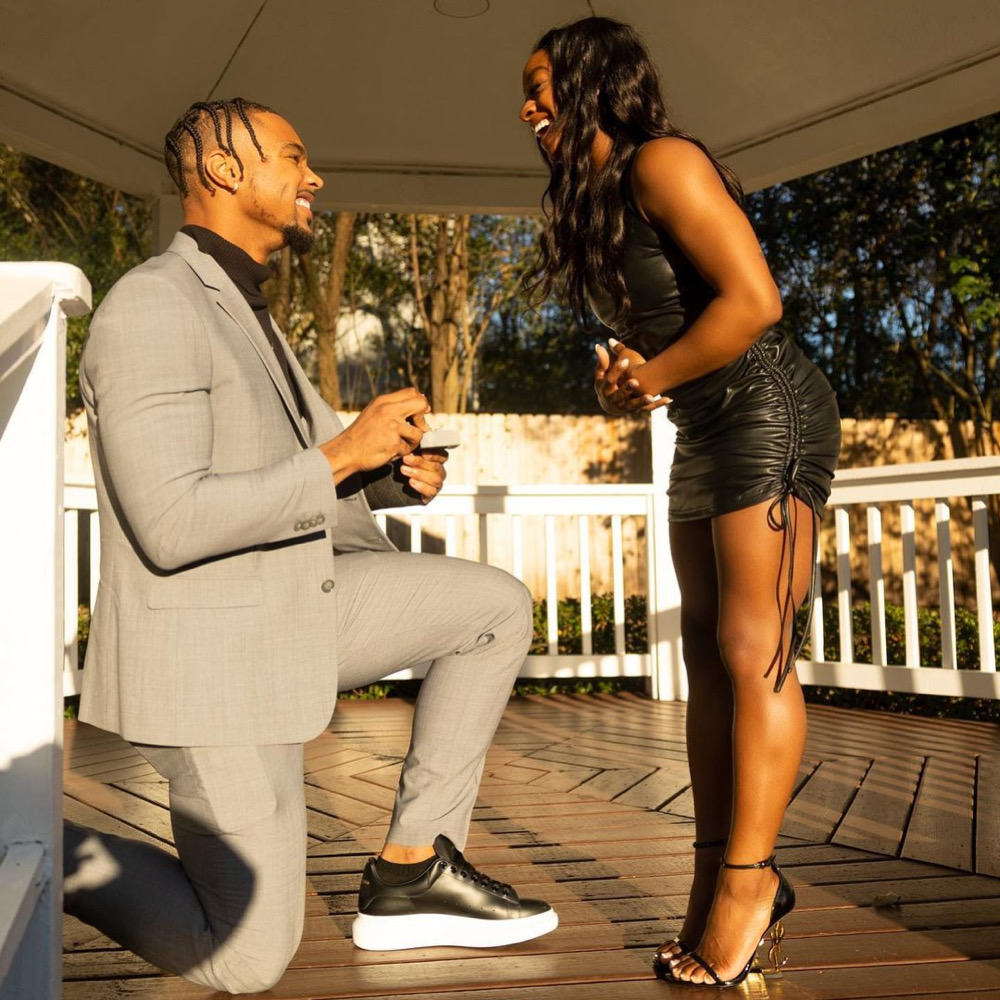 Pampered Skin! 7 Of The Best Face Cleansers For Sensitive Skin In 2022

Simone Biles is engaged, Netflix releases trailer for ‘Young, Famous & African, Djokovic willing to miss tournament. Stay in the know with our Rave News Digest which summarizes five of the hottest global news you need to catch up on, saving you time and energy. Consider it your daily news fix.

Simone Biles and Jonathan Owens are officially engaged. The Olympic gold medalist and Houston Texans safety proudly announced the exciting news via Instagram on Tuesday, February 15. To make the heartwarming announcement, Biles posted a series of photos showing her beau proposing under a gazebo in Houston, Texas. In the romantic images, Biles styled in a black mini dress while her beau donned a tailored gray suit. The soon-to-be bride also posted a close-up look at her sparkly oval-cut diamond ring designed by ZoFrost & Co.

“THE EASIEST YES,” Biles captioned the social media post. “I can’t wait to spend forever & ever with you, you’re everything I dreamed of and more! Let’s get married FIANCÉ.” Owens happily commented on the post, “Ready for forever with you ❤️.”

Netflix has unveiled the official trailer for its first African reality show “Young, Famous & African” ahead of its March debut. The seven-episode reality show set in Johannesburg, South Africa will follow the glamorous lives of African celebrities from Nigeria, Uganda, Tanzania and South Africa. Recall that news confirming the show made headlines in 2021 with media personality Peace Hyde confirming that she will co-executive produce alongside Martin Asare Amankwa.

Media personality Minnie Dlamini and her estranged husband Quinton Jones have announced that their marriage is over after four years, and have filed for divorce. The pair took to social media to announce the end of Mr. and Mrs. Jones in a joint statement wherein they explained that they’ve been separated for months and after trying every avenue available to them to mend their marriage, they’ve resorted to going their separate ways. “After months of separation and consultations with our family and a counsellor, we have taken the decision to officially file for divorce,” read Minnie and Quinton’s joint statement.

The pair explained that the losses they experienced together in the past two years, as well as the emotional burden and post traumatic distress they faced individually, led them down the divorce path. The pair said the separation is amicable.

Widening of Suez Canal in Egypt under way months after Ever Given got stuck https://t.co/KYMUlHHCGe

The head of the Egyptian authority managing the Suez canal has said that work is underway to extend the two-way section of the waterway by 10km (six miles). The Suez Canal Authority Chairman Osama Rabie said that it would be too expensive to expand the entire canal, which is a vital trade link between the Red Sea and the Mediterranean.

Last year, a massive container ship — the Ever Given — became stuck in the canal for several days, causing considerable disruption to global shipping traffic. This incident was a major news in the media globally.

Djokovic says he is not against vaccines, but he is willing to miss out on trophies and tournaments if they force him to be immunized against covid-19 🦠 💉 pic.twitter.com/UsplANmZQ2

Novak Djokovic has said he would rather miss out on future tennis trophies than be forced to get a COVID vaccine. Speaking in an interview, he said missing competitions, such as the French Open, over his jab status was “the price that I’m willing to pay.” The 20-time Grand Slam winner was deported from Australia last month after the government cancelled his visa in a row over his vaccine status. Djokovic described the conditions while he was detained as “very hard.”

He said he had not spoken out in the media at the time — despite wanting to — as he wanted to respect the legal process and the Australian Open. The world’s number one men’s tennis player also said he should not be associated with the anti-vax movement, but supported an individual’s right to choose. He said he had obtained a medical exemption to enter the country to play in the Australian Open as he had recently recovered from COVID-19.

Pampered Skin! 7 Of The Best Face Cleansers For Sensitive Skin In 2022