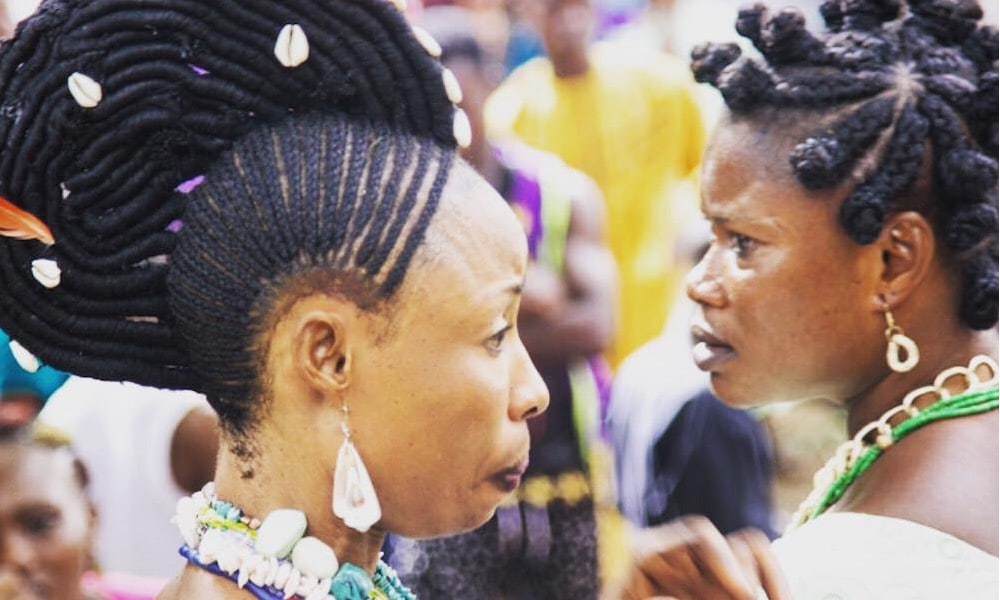 Femme Essentials: A Look At The Latest Fashion Trends For Women Right Now

The western part of Nigeria is enriched with strong cultures that have withstood centuries of cultural evolution. Varied across two hundred and fifty ethnic groups, Nigeria’s tribes celebrate many symbolic festivals which are a true representation of the country’s rich history.

Some of these festivals date back to the period before the arrival of the major religions brought to Africa by the colonizers. Annually, the country celebrates 17 cultural festivals, most of which are celebrated in ways that are unique to the ethnic groups that participate in such festivals. 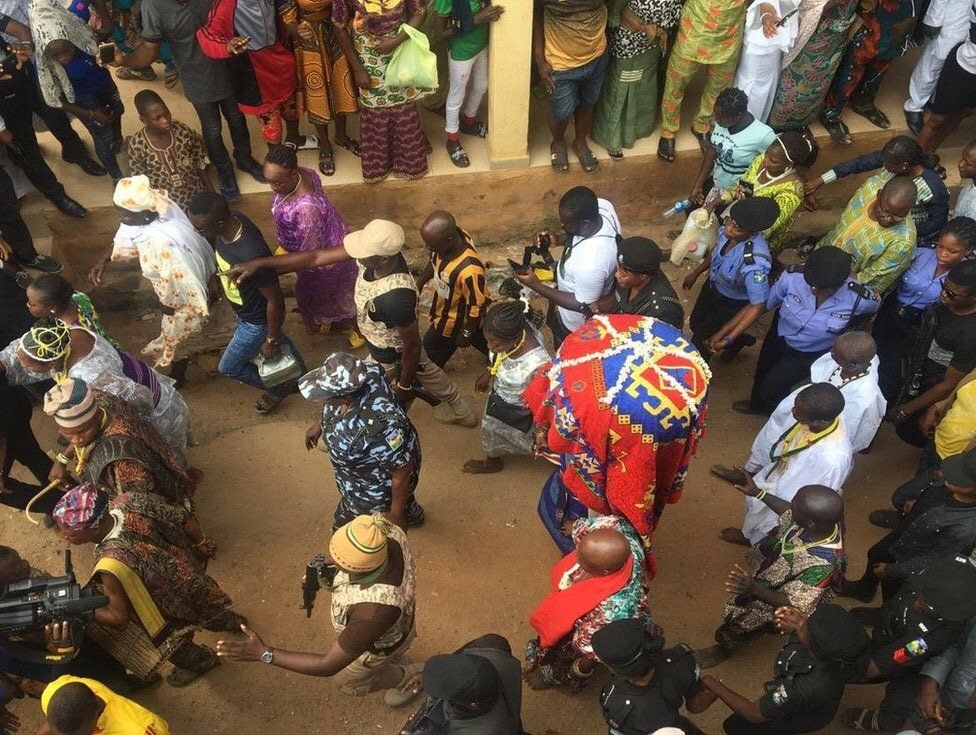 One of the oldest festivals is the Osun Osogbo festival, a traditional celebration which people believe to be over 600 years old. Celebrated for two weeks, this festival attracts people from different walks of life including traditional Yoruba worshippers and spectators from Nigeria and around the globe.

Experts in traditional religion believe the festival originated as a result of the failed attempt by the founders of Osun Osogbo to build houses along the river bank. They believed that this failure was caused by Osun – the goddess of love, fertility, and sweet water – who called them out as they began felling trees.

According to UNESCO, which named the area a World Heritage site in 2005, the dense forest of the grove and its meandering river is dotted with sanctuaries and shrines, sculptures and artworks in honor of Osun and other deities.

Many believe that the sacred grove – a dense forest covering an area of 75 hectares on the outskirts of the city of Osogbo in Osun State, along the Osun River – is one of the last remaining places the spirits or “Orishas” reveal themselves to bless people. This prompts worshippers to sing, dance, and play the drums to appease the goddess of fertility. 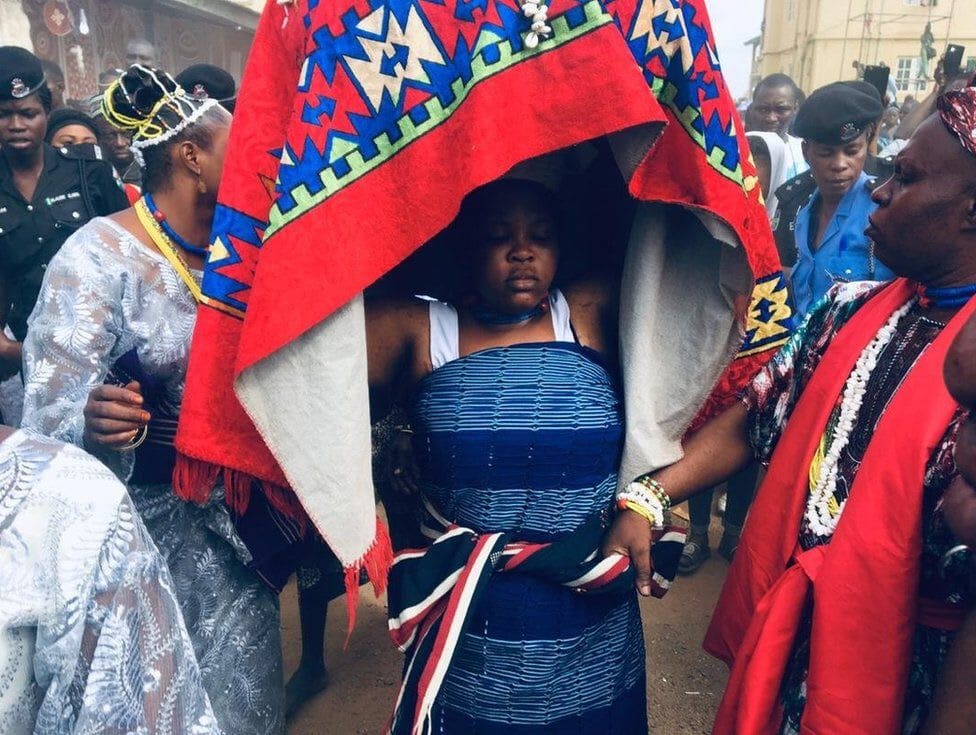 The Arugba – who must be a virgin till the end of her service to the goddess – is the patron saint of the Osun River. She is the liaison between the people and the deity who leads the worshippers intending to offer sacrifices to the river. Also known as the ‘calabash carrier,’ the Arugba carries a large calabash on her head which contains the sacrifice of the entire community as well as those who attend the festival. The calabash is covered with a colorful veil. 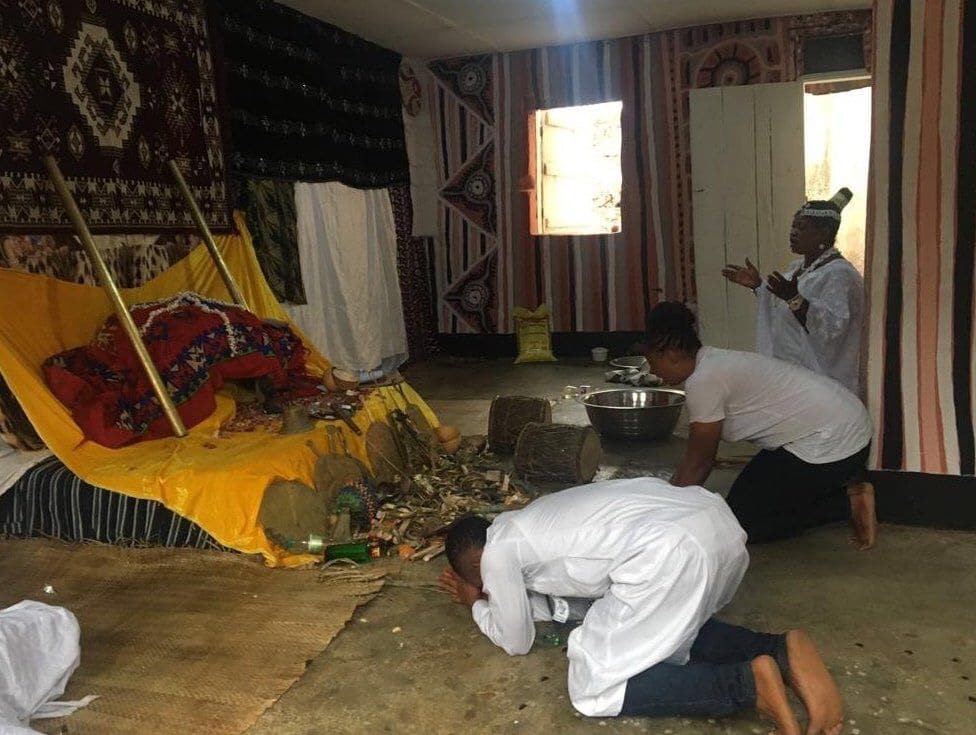 While the exact numbers of attendees are unknown, the Ataoja of Osogbo, Oba Jimoh Oyetunji, had announced that no fewer than one million people are expected to attend the grand finale of the 2019 Osun Osogbo Festival which held on Friday, August 16. The festival attracts many foreigners, some of whom are just curious tourists, while others are drawn by what they see as a religious and cultural connection. Most of these foreigners are people from countries like Slovenia, Yugoslavia, Brazil, and even Puerto Rico who also worship the goddess Osun. Just before all the worshippers move to the river for the processions, many of them offer a significant amount of prayers at the priestess’ shrine.

Femme Essentials: A Look At The Latest Fashion Trends For Women Right Now

Black Beauty! Check Out These Works Of Art That Celebrate The Essence Of Black Beauty