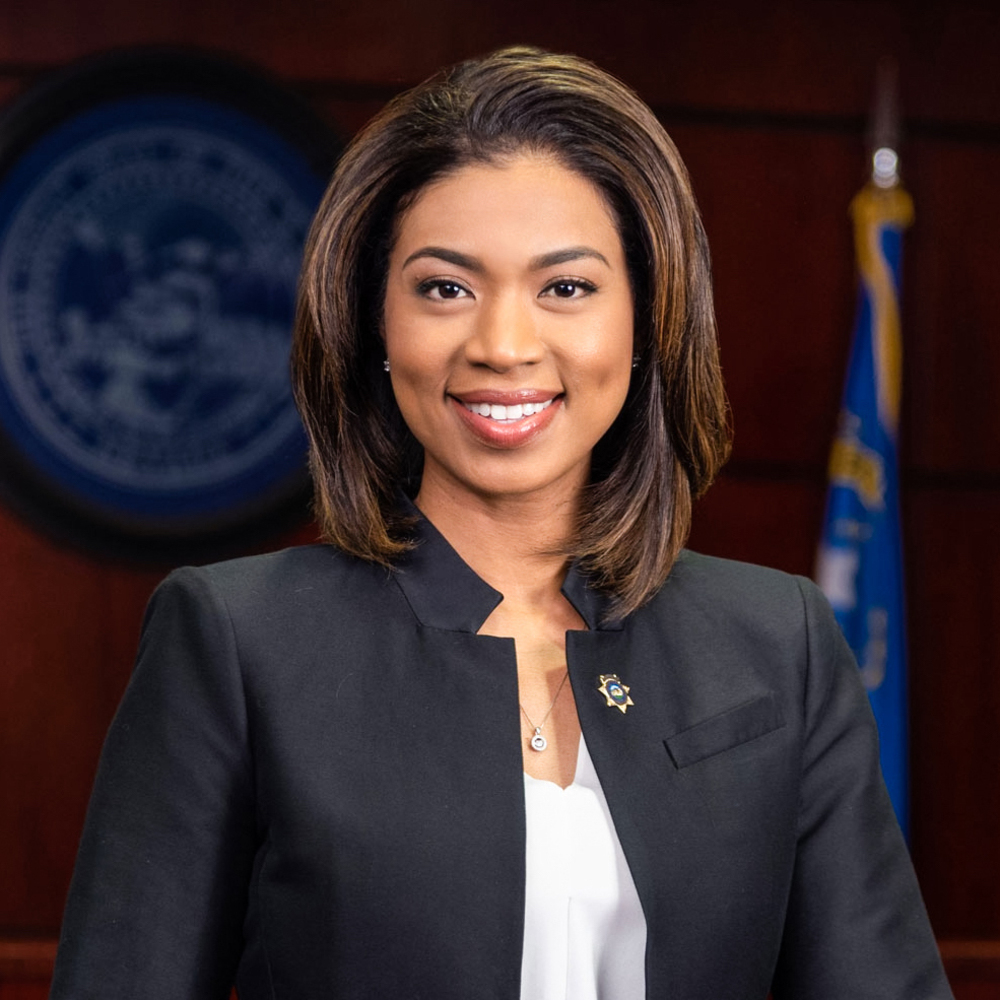 Sandra Douglass Morgan, a former Nevada Gaming Control Board chairwoman, has been named the new president of the Las Vegas Raiders, making her the first Black woman to assume such a role in the NFL. According to reports, the team announced the news Thursday, July 7 via a letter obtained by the press. She was later introduced at a news conference at Allegiant Stadium. “I am thrilled to join you as we embark on one of the most exciting times in the history of our organization,” Morgan said in the letter. “I look forward to meeting each of you in person over the coming weeks.”

Morgan was also the first African American to serve as Control Board chair from 2019-2021. She will begin her new role immediately, becoming the third woman and third Black president of an NFL team.

Kemi Adetiba is back. The filmmaker has unveiled a first-look poster for “To Kill A Monkey,” the latest project from her KAV production company. The “King of Boys” Director took to her social media handles on Friday with the poster for the new title, which she reveals will head to the big screens.

So far, very little is known about a production timeline or plot. However, the filmmaker announced in the unveiling post that “stay at home” auditions will be announced soon. “To Kill A Monkey” comes in the wake of Adetiba’s “King of Boys” sequel released last year. The limited series debuted to rave reviews as a Netflix exclusive in August 2021.

Nasty C’s girlfriend Sammie Heavens has surprised South Africa by releasing some music. Two months ago, Sammie proved that while she might be dating SA’s top rapper, she too can rap and her new releases have shown she’s got singing ability too. Sammie shared her poems on TikTok and Instagram and after fans enjoyed them it prompted her to post videos of her rapping.

The model has ventured into the music industry by releasing a four-track EP titled “July.” In a recent YouTube broadcast, Heavens told her followers she had been focusing on “poetry and music.” Sammie continued, saying she was nervous to share the music with the world but was proud.

4. Paul Kagame to seek fourth term as president of Rwanda

Kagame changed the constitution in 2015 allowing him to remain in power until 2034.https://t.co/WftAeEFIaH pic.twitter.com/nZ9ynAEHIp

Rwanda’s leader, who has been in power for two decades, has said he would consider remaining in office for another 20 years. Paul Kagame told a French TV channel he would stand for president again at the next election in 2024. In 2015, he changed the constitution allowing him to stay until 2034. In the last presidential election five years ago, official figures showed he won 99% of the vote, which many outside the country dismissed as a sham.

Asked if he would seek re-election, Kagame, who is 64, said: “I would consider running for another 20 years. I have no problem with that. Elections are about people choosing.” Kagame himself came to power in 1994 after his rebel forces helped end the genocide.

Novak Djokovic produced a returning masterclass to surge to a 4-6, 6-3, 6-4, 7-6(3) victory against Nick Kyrgios in Sunday’s final at Wimbledon, where the top seed claimed his fourth consecutive crown at the grass-court major. Rallying from dropping the first set for the third straight match, Djokovic claimed a seventh title to draw level with Pete Sampras‘ mark at the All England Club. The 35-year-old Djokovic is now just one behind Roger Federer’s record of eight Wimbledon triumphs, and one Grand Slam title behind Rafael Nadal’s record of 22 major crowns.

Congratulations to the sportsman.

10 Of The Best Looks From Paris Haute Couture Fashion Week