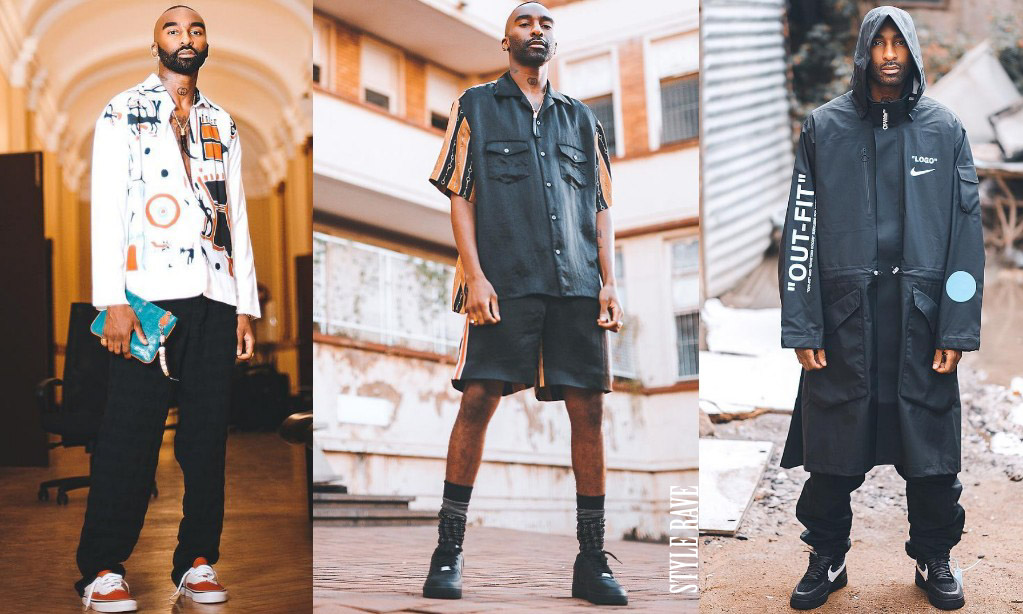 29-year-old rapper, producer, fashion savant and all round trendsetter Riky Rick continues to challenge normative views of what an artiste especially within Africa, should sound and dress like.

His style is one of the most talked-about, influential and dissected in South Africa and possibly the whole of Africa right now. He came to prominence back when his fellow South African singer, Cassper Nyovest was still rocking a very long ponytail. While not as flamboyant at the time, you could see even then that Rick’s style was much different from that of his contemporaries. Although Riky Rick — born Rikhado Makhado — is regarded as a burgeoning style icon, he really doesn’t have a specific style he sticks to – which we could say is the essence of his signature style. The eclectic style star brings an artistic sensibility to every aspect of his life, including his wardrobe.

What sets him apart from many male artistes in the greater African music industry is his willingness to experiment. He is conscious of the power of clothing and its ability to convey a character or mood. Riky Rick’s style god status doesn’t just stop there. In 2017, Gucci specially invited him to their Milan fashion week presentation. It really takes a lot of recognition to be specially invited to a Gucci show.

His ability to blend luxury fashion perfectly well with unconventional style is something only a few can do and likely what made him the first local rapper to be featured on the cover of GQ style.

With Riky Rick, we have seen an edgy bud bloom into an haute flower that has somehow avoided being pretentious and if the past is anything to go by, he’s on his way to becoming Africa’s first male contemporary style icon.

Check out images of Riky Rick’s eclectic style below…