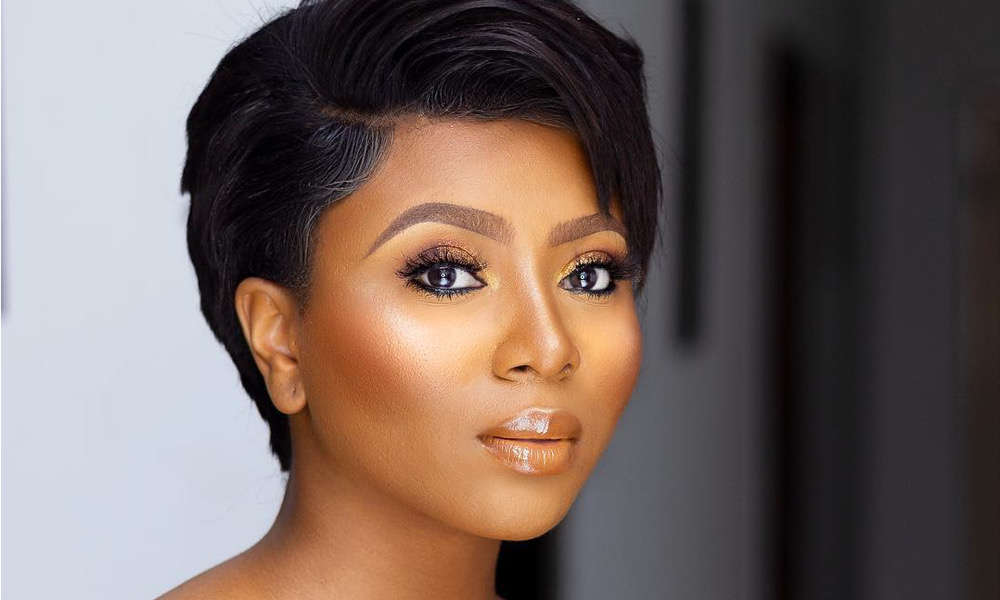 Stephanie Coker gets gifted a Bentley for Valentine’s Day, Obasanjo calls for wildlife preservation, Salah still deciding if to represent Egypt at the Olympics. Stay in the know with our Rave News Digest which summarizes five of the hottest global news you need to catch up on, saving you time and energy. Consider it your daily news fix.

Media girl, Stephanie Coker is probably one of the happiest people on earth at the moment after getting a Bentley Continental GT Coupe as Valentine’s gift.

The media personality took to her Instagram page on Friday, February 14, 2020, where she shared some photos of herself chilling in her new car. Stephanie Coker went on to caption the photo with a quote where she revealed it was Valentine’s Day gift.

“Push Present Valentines Edition. Thank you ❤,” she wrote. Congratulations to Stephanie Coker on her new car.

The last time the media girl made a lot of buzz on social media was when it was revealed that she had welcomed a baby with her husband, Olumide Aderinokun.

Former President Olusegun Obasanjo has called for the implementation of policies that will encourage the preservation of wildlife in the country. Obasanjo lamented that most wildlife that could benefit Nigeria had been exported to other countries.

The former President stated this on Thursday while addressing members of the Pangolin Conservation Guild of Nigeria in his residence at the Olusegun Obasanjo Presidential Library, Abeokuta, Ogun State.

The conservators gathered to celebrate the 2020 World Pangolin Day Celebration with the former President. Obasanjo lamented the high rate of exporting pangolin scale (long-tailed and scale-covered mammals) from Nigeria to China.

He called on Nigerians to preserve wildlife in the country, rather than supply other countries. Obasanjo, however, urged stakeholders in the zoology industry to continue creating awareness on the benefits of preserving wildlife.

Controversial Rwandan musician Kizito Mihigo has been arrested by police for allegedly trying to illegally leave the country. The gospel singer, popularly known by his first name Kizito, is banned from leaving Rwanda without permission because of a previous conviction.

Police say he will be charged with bribery and attempting to leave the country for the purpose of going to join a rebel group.

Five years ago Kizito was sentenced to 10 years in jail after being convicted of planning to kill President Paul Kagame and inciting hatred against the government. He was pardoned by the president in 2018 on conditionn that he only leaves the country with judicial permission.

4. The US bans visits by Sri Lanka army chief over war crimes

The United States said Friday it would refuse entry to Sri Lanka’s army chief over “credible” evidence of human rights violations in the bloody 2009 finale to the civil war.

Silva was the commanding officer of an army division in the island’s northern war-zone in the final months of the military offensive against Tamil Tiger rebels in 2009. Rights groups say some 40,000 ethnic Tamils were killed in mass atrocities as government forces seized Sri Lanka’s predominantly Tamil north.

Liverpool boss Jurgen Klopp says the club need more information before they decide whether forward Mohamed Salah can represent Egypt at the Olympics. The tournament is for under-23 teams but three over-age players are allowed.

Salah, 27, is on Egypt’s provisional 50-man list for the event, which has its final on 8 August – the first day of the 2020-21 Premier League season. Fifa has previously acknowledged that clubs are not obliged to release over-age players for the Games in Tokyo, and Egypt coach Shawky Gharib says the decision is Liverpool’s.

Klopp says nobody has contacted the club regarding Salah’s involvement and discussion is “just in the media”.

Mafikizolo, Akon, Korede Bello And Other Trending African Songs You Need To Catch Up On