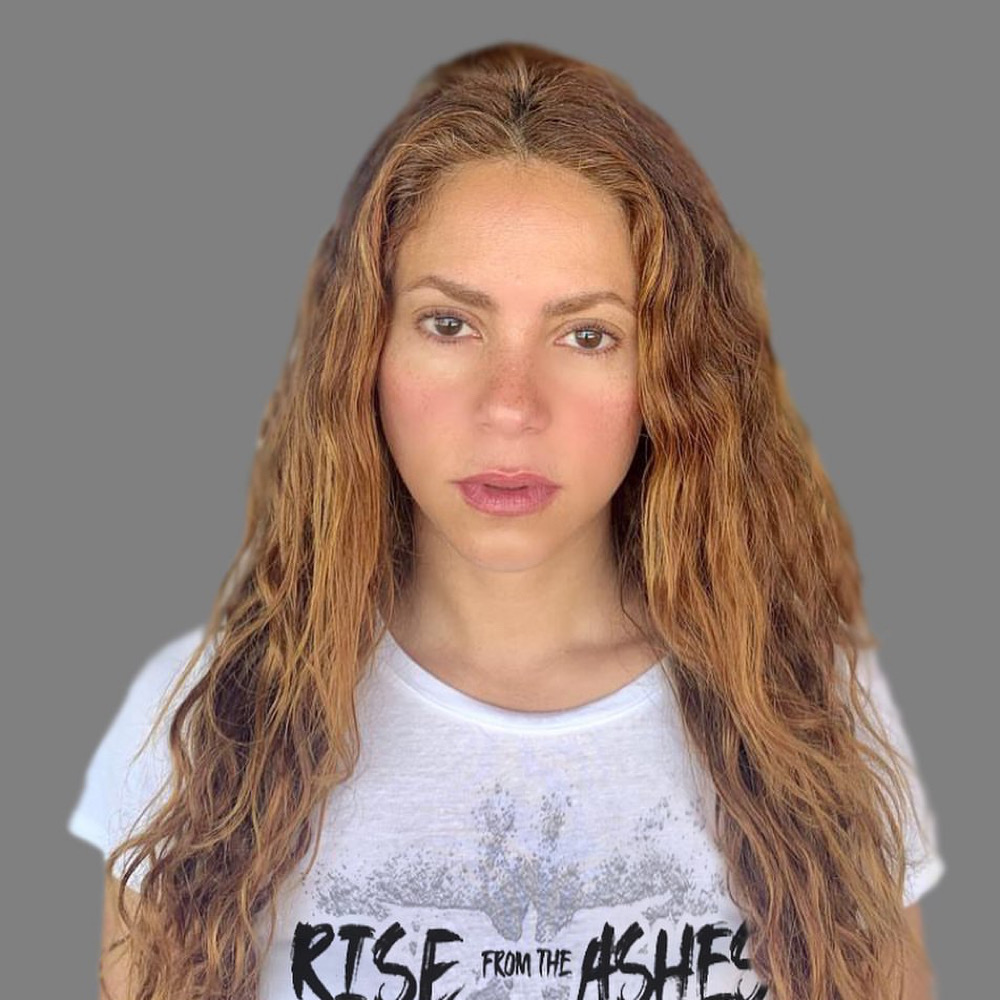 The Most Rave-Worthy Looks On Women Across Africa – October 12th

Shakira talks about upcoming super bowl performance, Nigerian art work sells for $1.4 million, Spain qualifies for Euro 2020. Stay in the know with our Rave News Digest which summarizes five of the hottest global news you need to catch up on, saving you time and energy. Consider it your daily news fix.

Archaeologists have found more than 20 ancient wooden coffins near the Egyptian city of Luxor, the country’s antiquities ministry says. The coffins, whose brightly-coloured decorations are still visible, were uncovered at the Theban necropolis of Asasif, on the River Nile’s west bank.

They were in two layers, with the ones on top across those below. The ministry described the discovery as “one of the largest and most important” in recent years. Most of the tombs at Asasif, which is close to the Valley of the Kings, are from the Late Period (664-332BC) of ancient Egypt.

However, there are also tombs from the earlier 18th Dynasty (1550-1292BC), which was the first of the New Kingdom and included the famous pharaohs Ahmose, Hatshepsut, Thutmose III, Amenhotep III, Akhenaton and Tutankhamun. Last week, the antiquities ministry announced that “archaeologists had discovered an ancient industrial area in Luxor’s West Valley. The area included houses for storage and the cleaning of funerary furniture, with many potteries dated to the 18th Dynasty“, it said.

A painting by the artist considered to be the father of Nigerian modernism has been bought for $1.4m (£1.1m) at an auction in London after the owners googled the artist’s signature. Ben Enwonwu’s “Christine”, painted in 1971 in Lagos, Nigeria, had been in the home of the family of the sitter since then, auction house Sotheby’s says. But following the passage of time they “were unaware of the significance of the painting or the importance of the artist, until a chance ‘googling’ of the signature,” it adds.

Enwonwu, who died in 1994, also produced “Tutu”, which had been described by Nigerian novelist Ben Okri, as the “African Mona Lisa.” Tutu was sold last year for $1.5m after it was discovered in a London flat. Christine, the subject of the painting that has just been sold, was born in New York but moved to Ghana in her late 20s to live with her step-father, Sotheby’s says. She then moved to Lagos in 1969 where she struck up a friendship with the artist.

Enwonwu was a student at Goldsmiths, Ruskin College, and the Slade art school in the UK in the 1940s. He became more widely known when he was commissioned to create a bronze sculpture of Queen Elizabeth during her visit to Nigeria in 1956.

3. Shakira teases super bowl performance as a celebration of Latin culture and women

Only about a hundred days until we get to see Shakira and Jennifer Lopez perform during the 54th Super Bowl Pepsi halftime show in 2020. On Tuesday, Oct. 15, Shakira joined Zane Lowe on Apple Music’s Beats 1 to discuss new music, where she’s drawing inspiration from for new material, her upcoming documentary, motherhood — and of course, the cultural impact the super bowl halftime show will have as it marks the first time the two Latina artists take the stage together.

“I’ve always wanted to perform at the Super Bowl,” Shakira told Lowe. “It’s like the holy grail of the entertainment industry. It’s a sports event, but it has huge relevance for us artists, and I think it’s going to be fantastic.“

“This is going to be an event to celebrate Latin culture and the importance of women also in the industry,” Shakira added.

For Shakira, the performance will be very nerve-wracking but the wheels are already turning and she can’t stop thinking of ideas for the super bowl halftime show. Every day I have a new idea, and so now, it’s a matter of making them all work together and having the time to consolidate all of that and present the best show… of my career.”

What’s more? Shakira will be celebrating her 43rd birthday — which lands on the same day — with millions of viewers and fans.

Hong Kong’s Chief Executive Carrie Lam was forced to abandon her annual policy address to the semi-autonomous city’s Legislative Council (LegCo) moments after she began to speak, amid heckling from a group of pro-democracy politicians that forced the entire session to be adjourned. In a speech eventually delivered in a video that had been pre-recorded, Lam detailed a series of largely economic measures on housing, student grants and transport costs.

The Beijing-backed chief executive is trying to restore confidence in her government amid four months of increasingly violent mass protests that were triggered by a controversial extradition bill, but have expanded to include calls for more democracy. She gave no ground to the protesters in the speech. “I firmly believe that Hong Kong will be able to ride out this storm and move on,” she said.

Three-time champions Spain qualified for Euro 2020 courtesy of Rodrigo’s injury-time strike in a draw in Sweden. Spain needed just a point to advance to next summer’s tournament but left it until the 92nd minute as Rodrigo converted Fabian Ruiz’s cutback. Sweden took the lead early in the second half through Marcus Berg’s header from close range.

David de Gea made a stunning save from Robin Quaison’s header, before hobbling off injured in the second half. The goalkeeper is a doubt for Manchester United’s Premier League game against Liverpool on Sunday with what appeared to be a hamstring injury.

Spain should have had more but Sweden goalkeeper Robin Olsen made sharp saves to deny Manchester City’s Rodri, Ruiz and Gerard Moreno. They become the sixth team to qualify for next year’s tournament after Belgium, Italy, Russia, Poland and Ukraine.

Itchy Scalp? Here Are 4 DIY Remedies To Get Rid Of Dandruff Fast

The Most Rave-Worthy Looks On Women Across Africa – October 12th