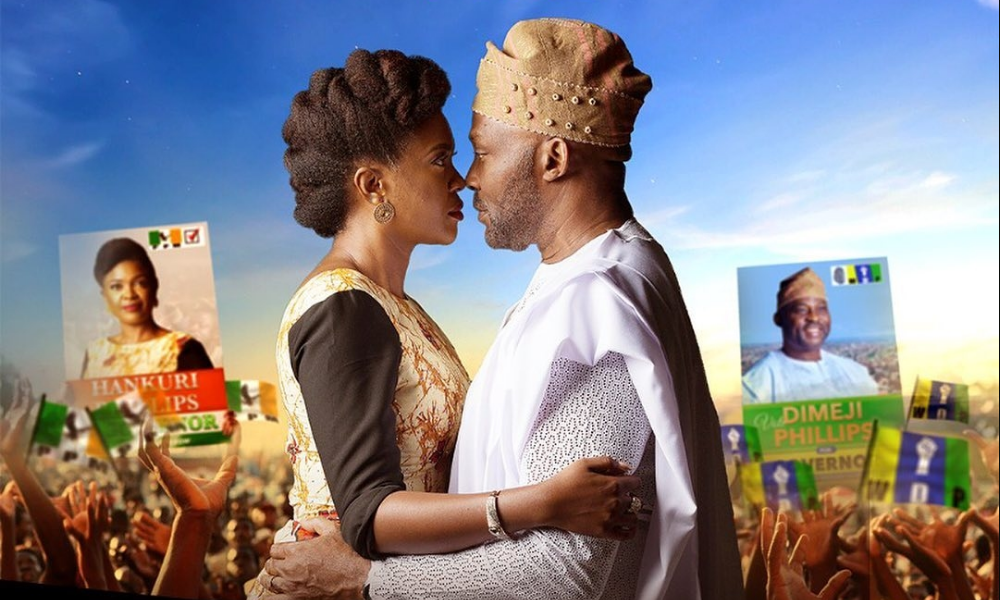 Omoni Oboli’s movie, Love is War, gets an early release on Netflix, fire guts NNPC filling station and houses in Lagos, premier league to resume soon. Stay in the know with our Rave News Digest which summarizes five of the hottest global news you need to catch up on, saving you time and energy. Consider it your daily news fix.

1. ‘Love Is War’ is coming to Netflix this April

The lockdown brought about by the COVID-19 pandemic has brought about an increase in the demand for Netflix content. Because of that, Nollywood actress and filmmaker, Omoni Oboli has confirmed that her 2019 film, Love Is War, will be available on Netflix sooner than originally scheduled.

Love is War will begin streaming on Netflix from Wednesday, April 29, 2020, as confirmed by Omoni Oboli and film distributors, Filmone.

A filling station belonging to the Nigerian National Petroleum Corporation located at Yaya Obatan, Ifako-Ijaiye Local Government Area of Lagos State has been gutted by fire.

The fire, which started at about 1:30 pm on Monday, extended to some of the buildings close to the filling station.

The cause of the fire outbreak has not been determined but from the pictures at the scene of the outbreak, it can be noticed that a truck caught fire.

South Africa has been marking Freedom Day, which celebrates the country’s first democratic election in 1994.

On the eve of the holiday, the people behind #AnthemChallengeRSA uploaded a video onto YouTube of 1,000 ordinary South Africans singing the national anthem, Nkosi Sikelel’ iAfrika.

The organizers said it celebrated “unity and diversity” as well as representing freedom. This follows a similar effort in March by South African celebrities.

4. Some patients in South Korea have re-contracted the coronavirus

As countries like the United States and Italy continue to diagnose and lose thousands of people to COVID-19 each day, South Korea’s new infections appear to be thinning out. But the country is now grappling with a new problem: at least 222 people have tested positive for the virus again after recovering and experts are not sure why.

“We can look at this as a matter of reinfection or a matter of reactivation,” said Dr Roh Kyung-ho, who works at the Department of Laboratory Medicine at the National Health Insurance Ilsan Hospital.

The difference between those two words – reinfection or reactivation – could be key in the global fight against COVID-19.

5. Premier League ramps up plans for resuming the season

Plans to resume the Premier League season will step up this week in what has been labelled “Project Restart.” Arsenal, Brighton and West Ham have opened their training grounds to players for individual work on Monday.

The league is hopeful of a potential 8 June restart and finishing at the end of July to fit in with UEFA’s European competition plans. This would require full training to begin by 18 May. Top-flight clubs will meet on Friday to discuss options for the restart. It comes as details emerge of a cross-sport working group set up to discuss options for returning to training.

The Premier League has been suspended since 13 March because of the coronavirus pandemic and all clubs remain committed to playing this season’s 92 remaining fixtures. All games are expected to be held behind closed doors and the league is considering making some available on free-to-air TV.

Our Week Day News Digest brings you a summary of five of the hottest news topics today including latest News in Nigeria, African news, political news, international news, Hollywood news, sports news and news on Nigerian celebrities and African celebrities. Also, expect other top stories and more of the latest trending news today across the Sahara. A summary of the latest Nigerian news

ICYMI: Here’s Why The Mini Dress Is A Must-Have On Your Fashion Agenda